What’s your take on the new, lush box art style? 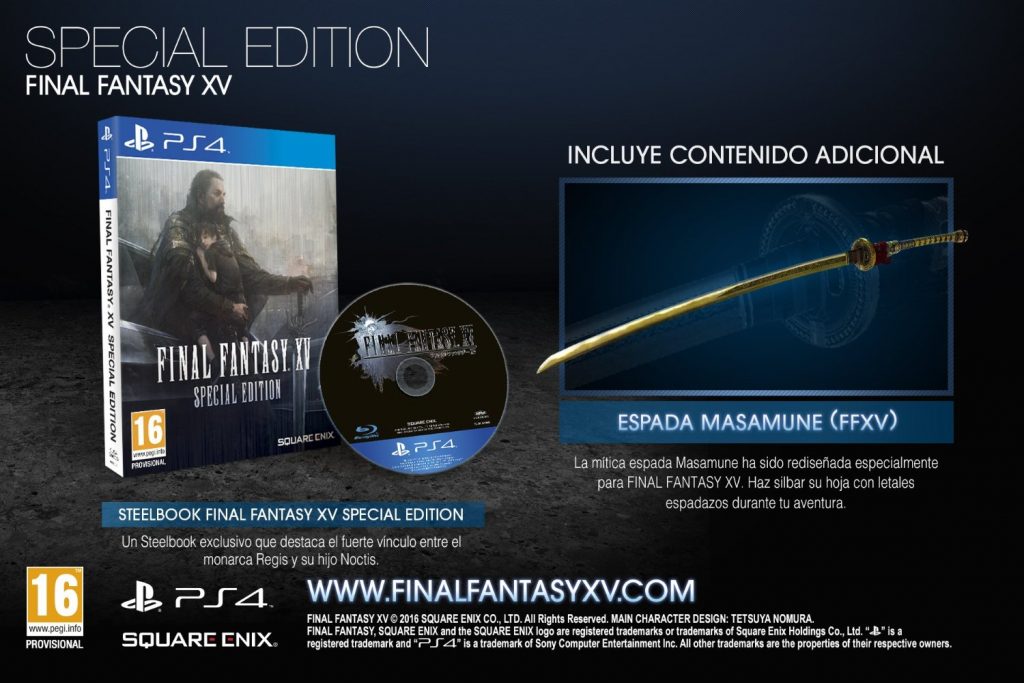 Final Fantasy XV’s European box art has finally been revealed. The European box appears to feature a young Noctis cradled in the arms of his father, King Regis. Keen eyes over at NeoGAF spotted the  box art for the Special Edition in a listing on Amazon Spain.

The box art for the special edition is a departure from the usual Yoshitaka Amano-style minimalist white-backgrounded work we’ve gotten used to with previous Final Fantasy titles. The Amazon Spain listing also indicates that the Special Edition will come with a limited edition Steelbook case for the game disc, along with an additional DLC weapon, the Masanume.

Final Fantasy XV has certainly been a long time in the making. Initially announced in 2006 as Final Fantasy Versus XIII, a protracted time in development hell had people doubting whether or not Square Enix had shelved the project. It was only 7 years later, in 2013, that the game was announced as releasing on eighth-gen platforms, on the forwards-facing Luminous Engine. With remarkable visuals, a wide, open world, and a revamped combat system, Final Fantasy XV certainly seems worth the wait. What’s your take? What do you feel about the European cover art?