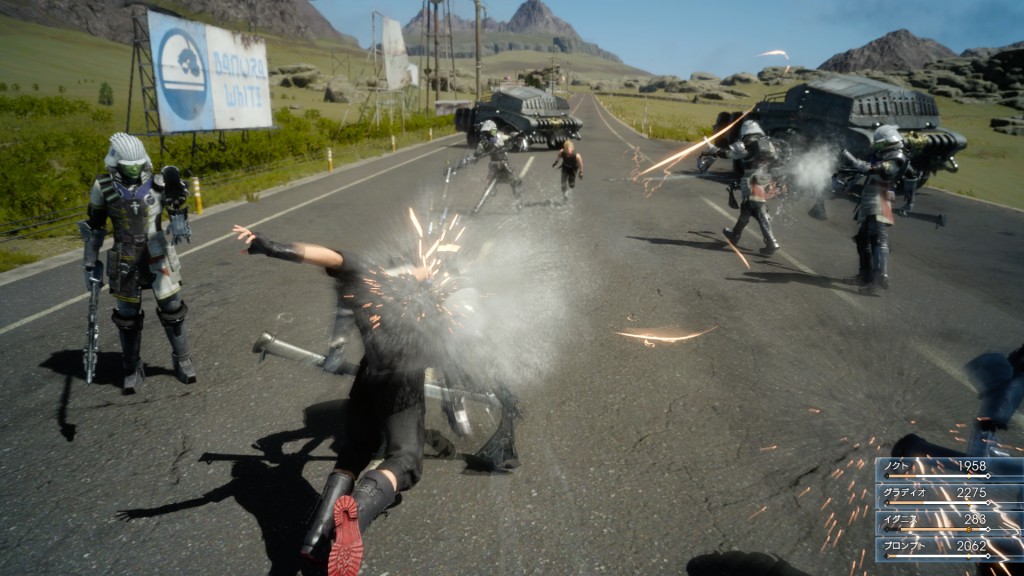 Back in February, Final Fantasy XV’s Director, Hajime Tabata, told that the game was just over half way completed. He said “We’re now at 60 percent.” before going on to say that reaching 80% completion wouldn’t take too long and that the final 20% would “fall into place in a relatively smooth and timely fashion.”

The 60% number caused a number of fans to worry because the game has already been in development for a very long time already, but he has recently clarified what he meant when he mentioned the number. Speaking with Gamespot, Tabata said, “To clarify on that 60 percent figure, it’s the playable demo that represents the 60 percent, which is what [I] was referring to in February. The main challenge right now is taking all the lessons we learned from making the demo and turning them into something positive to bring to the full game.”

Tabata is working with the “Three Pillar” for Final Fantasy 15. Tabata went on to say “In the demo, we were able to focus on one of those pillars and really bring that across to players–you’ll be able to see it. But there still remain two pillars that players may not fully appreciate from the demo. As we head towards release of the full game, promotion wise, how we can show this to users what’s coming up, and conveying that to our fans, is one of the challenges.”

Final Fantasy 15 is probably coming out next year for the PS4 and Xbox One. Stay tuned for more news and updates on GamingBolt.