Some speculation for the map in Final Fantasy 15. 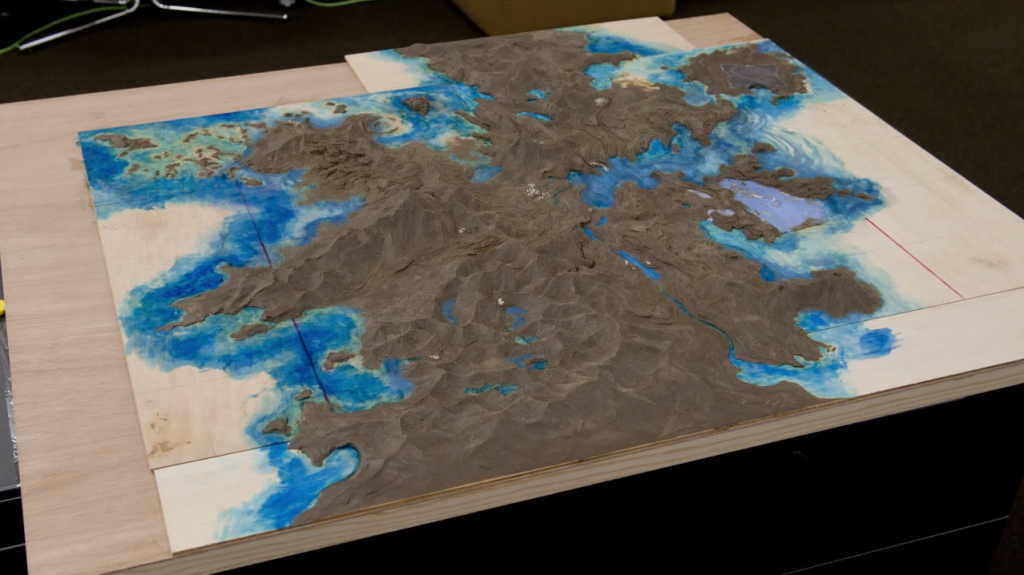 Following the release of a high quality, true 1080p version of Square Enix’s upcoming expected block buster Final Fantasy XV tech demo, it appears that under closer analysis it shows us what the game world will look like and what size we can expect it to be. And it looks very, very big indeed.

Now, whilst there’s no information to confirm that this is in actuality the entire game world, but it does look like it. Given that this appears to be a map that’s used for a 3D model reference which, it might be a piece of a bigger whole. But even if it’s not, it’s pretty huge.

The biggest concern facing this game for me judging by the map size, is world density. A big world to travel around is all well and good, but if it’s completely devoid of life, then it hardly makes for a fun experience for the player. I may have faith in Square Enix, but they need to tread lightly on this one, lest they disappoint legions of fans.