Cities will be a complex maze of streets complete with Gondolas to get a bird’s eye view. 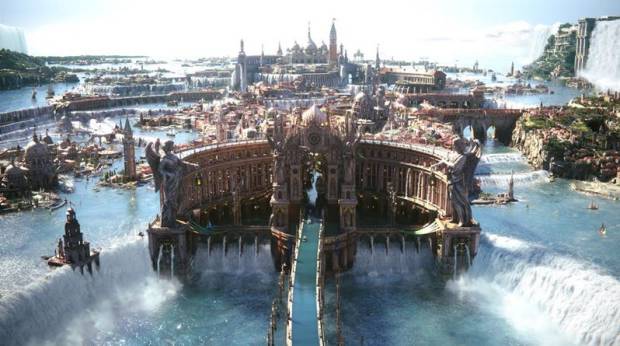 In the last couple of weeks, we’ve been getting quite a bit more information about Final Fantasy 15. We recently got hold of some scans that shows off some of the kinds of battles that will be taking place in the game. Now Lead Game Designer Takizawa Masashi shed some more light on what you’re going to find in the game in the title’s official forums when it comes to the difficulty levels.

Masahi says there may not be actual difficulty levels but there will be the ability to switch between different modes. Players will be able to switch between strategic combat system and a more slow burn kind of fighting style. Lead Game Designer Takizawa Masashi revealed there will be aerial battles in the game. “The warp ability that lets you teleport instantly to high up locations is a vital part of FFXV’s battle system. The ability to use multiple warp points in a strategic manner is especially prevalent in the game’s large scale battles over urban terrain. It is not just the buildings though, and we have also created exciting aerial battles with flying foes and gigantic boss enemies, so watch out for those.”

“I can tell everyone a little about Altissia at this time. Altissia has many and varied locations, such as multiple cafes, ship-bourne market places and parks etc. The city is of a considerable scale, to the extent that even the developers sometimes get lost there! The player is free to take a leisurely walk around the complex maze of streets, or ride the gondola to see the sights and there is also added enjoyment to be had looking for restaurants to visit! You are bound to encounter some unique characters when exploring the city streets. So we have created lots of different things to enjoy in Altissia and hope everyone is looking forward to visiting!”

Altissia was first shown off at E3 2013 and is in the screenshot included in this post. While we don’t know just when we’ll be able to see the city up close and personal. Final Fantasy 15 is looking more and more like a game we should be quite excited to see when it does launch, hopefully sometime in 2016.