While we still don’t know a ton about Final Fantasy 15, such as when the game is actually going to be coming out, it appears we now know that there is going to be plenty of magic in the game as well as Magitek armor. Gematsu got its hands on the latest issue of the Weekly Jump and among the things shown off in the issue are some scans depicting several scenes in the game.

The scans also shed light on some parts in the game such as the fact that if you use “Fire” magic in the grassy plains, the whole area will burst into flames all at once. This will hurt your allies as well as your enemies so clearly you’re going to want to make sure and use that particular move somewhat sparingly. There are some other powers that are being shown off in the recent issue such as the ability to attack monsters from the sky by jumping.

We also found out that the character Noctis can actually mount the monsters that are in the game. This particular move will be able to instantly reduce the physical strength of the monster that is the victim of the move. Finally, the scan shows that Magitek armor will be part of a rather large battle. You can check out the scan below and get ready to see this stuff in action at some point. The game still doesn’t have an official release date but Final Fantasy 15 is supposed to be coming sometime this year. 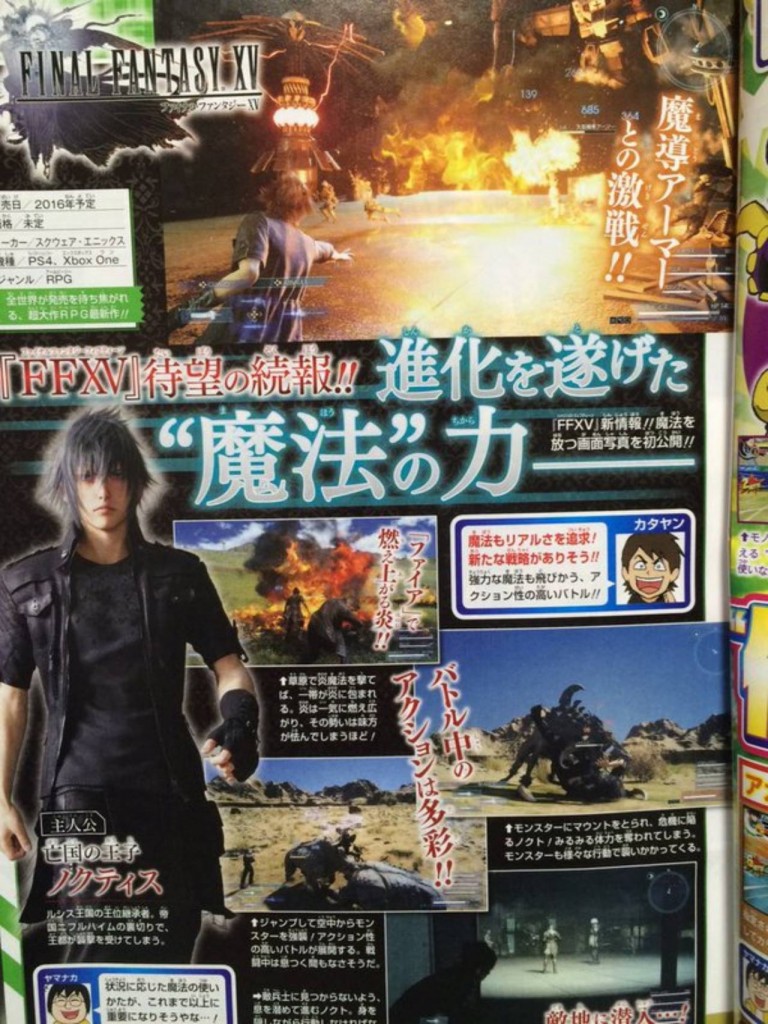