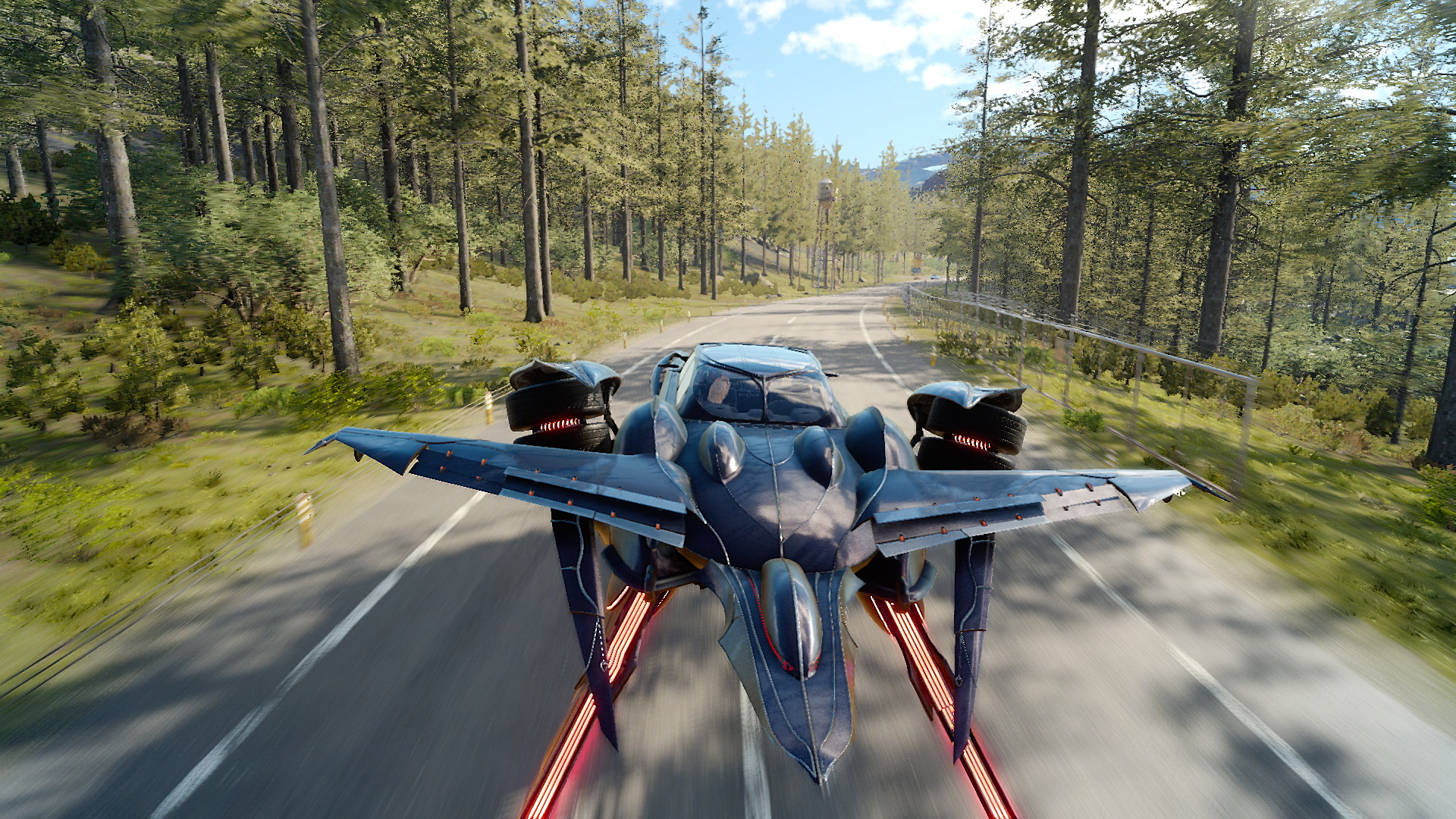 Final Fantasy 15 looks set to be a technical wonder- but there have been some who have mused upon whether the game’s technical ambition may not outstrip the resources and hardware that is commonly available on the market today. This notion has especially been widespread ever since the release of the Episode Duscae demo last year, which, while great to play, was besot with a number of technical issues.

However, Square Enix have, naturally, been working in the year and a half since then, and they have optimized the final game to be technically more efficient in its use of resources, delivering far better performance now. As DualShockers reports, at CEDEC 2016 in Japan, Square Enix discussed the improvements they had achieved in the game’s CPU load in the years since its playable debut via the TGS 2014 build.

Back then, the CPU load varied between 41%-98%, leading to inconsistent performance; by the release of Episode Duscae, it had settled to 65% to 87%, which was a bit more consistent and steady. At this point, the CPU load always stays between 87% to 95%, leading to much improved and increased efficiency. One of the major ways that the development team has been able to achieve this has been with TaskScheduler, which allows the development team to allocate CPU resources to different tasks more efficiently. Essentially, this means there is minimal idle and downtime as a result of this. Square Enix also noted that their increased familiarity with the GPU and CPU on the consoles led to them being able to utilize the hardware more efficiently.

All in all, it looks like Final Fantasy 15 is a technical monument to perseverance- and more than anything else, I foresee that being its legacy. It is due out on Xbox One and PS4 on November 29. 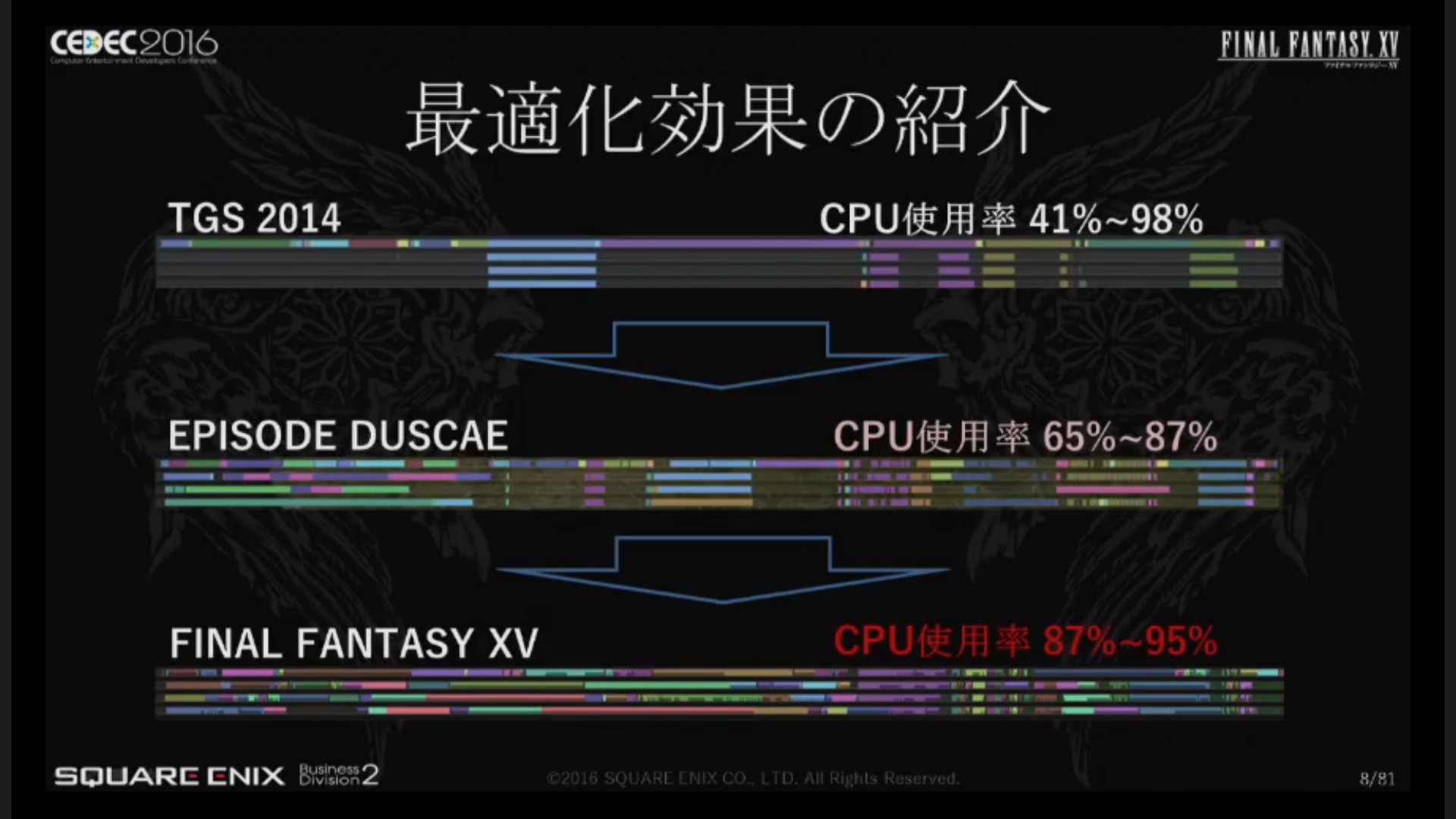 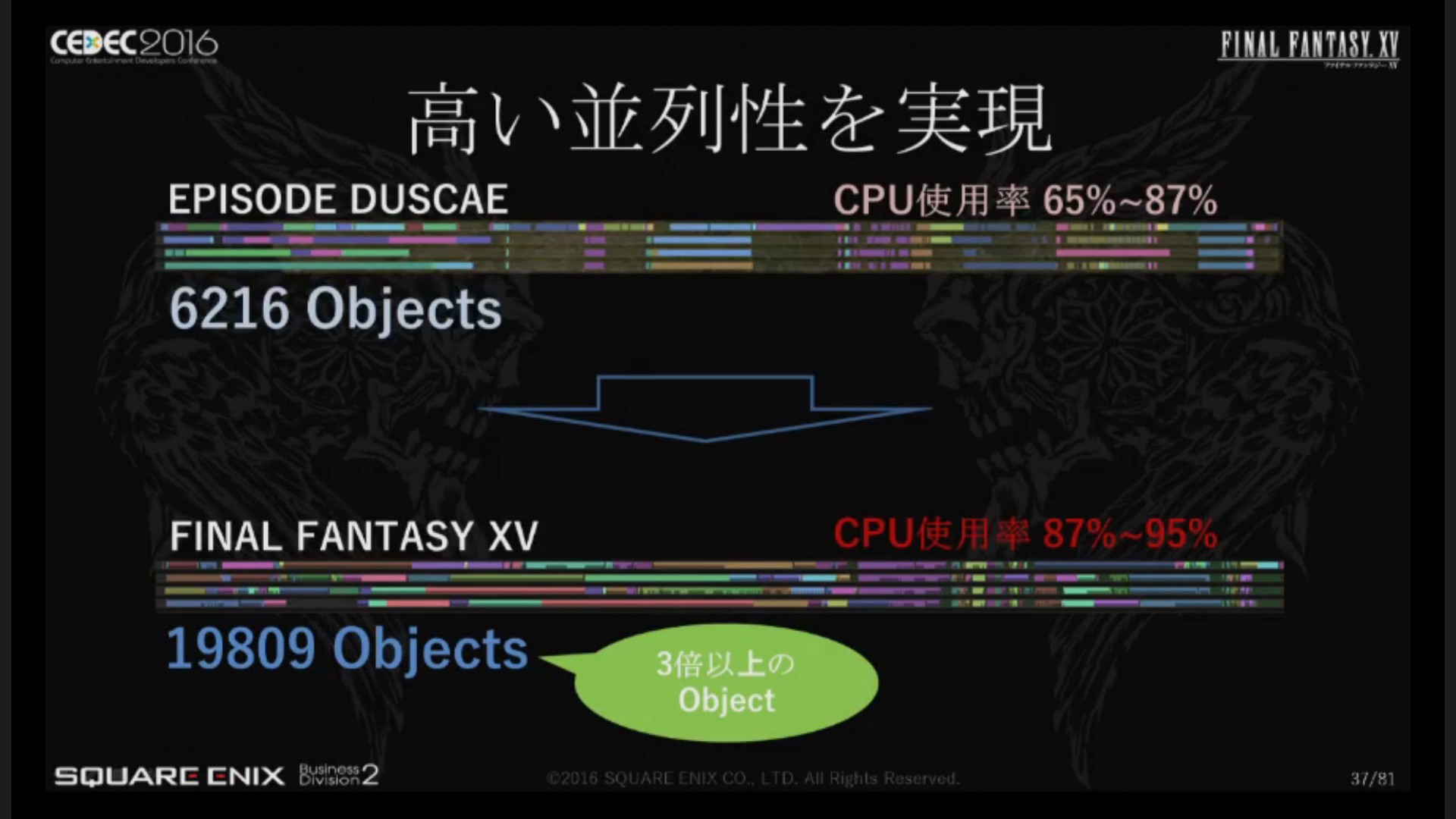