Final Fantasy 15 is a pretty looking game- I won’t say it’s the best looking JRPG ever created (I think that honor goes to Persona 5, which has a unique sense of style that sets it apart), but it is definitely up there. A lot of this comes from the very careful attention to detail that Square Enix put into designing the game’s art.

On the other hand, the team ran into a challenge when they were trying to create a tanscontinental railroad. “When you simply recreate them with the same sort of size and volume, they turn out like toys,” explains artist Kouta Niihara. “We create a sense of size, scope and power by creating them in the likeness of real-life jumbo jets.”

You can check out the images below, and see for yourself whether or not Square Enix succeeded. For my money, they did. 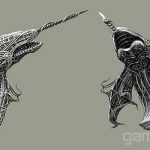 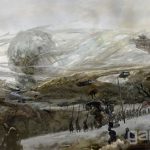