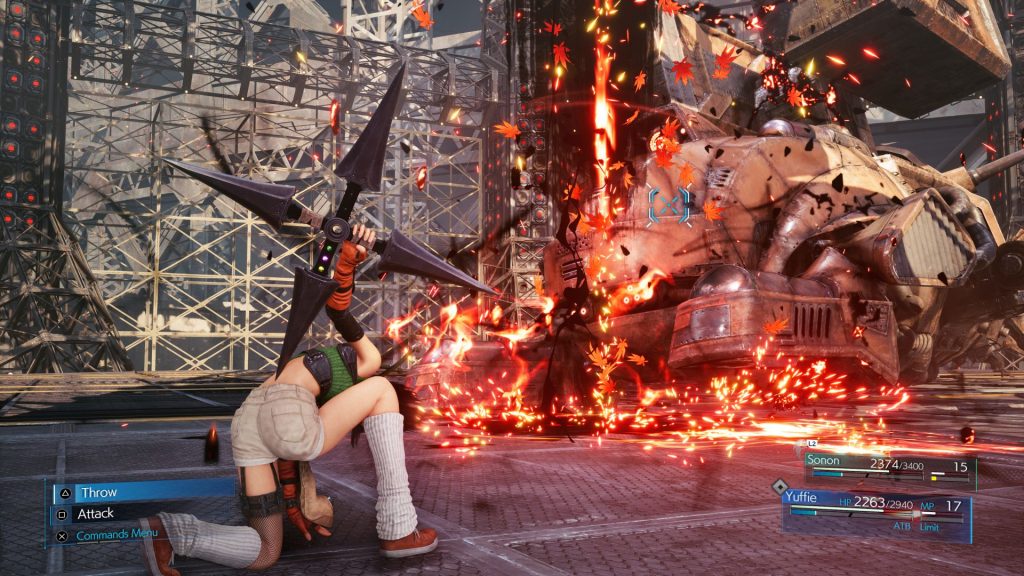 By now, it’s common knowledge that Final Fantasy 7 Remake was not quite what it seemed. While the game recreated a large part of the opening Midgar section of the original 1997 classic, it ultimately takes the story in what could be a radically different direction. Many eyes are on the second part of this new Remake series, and where it will go from here. We did get something of a sneak peek of what post-Midgar content could look like with this year’s enhanced re-release of the game, Final Fantasy 7 Remake Intergrade and its DLC Episode INTERmission that featured Yuffie, a character that was one of two optional party characters in the original Final Fantasy 7. Why was she chosen over the other optional character, the vampiric Vincent? Well, interestingly, it comes down to the foot being somewhat in both the old and new canon of this saga.

Speaking with TheGamer, Co-director Motomu Toriyama spoke after Yuffie’s role in INTERmission. He states that Yuffie’s previous status as an optional character gave them a bigger chance to expand on her character at an earlier stage of the game’s plot. Those who played INTERmission know that Yuffie’s backstory has seemingly been slightly altered, meaning it was also an opportunity to introduce older fans to a new take on the character. When talking about why they chose her as opposed to Vincent, interestingly, Toriyama gives the simple answer that Vincent is sleeping canonically and gave them less wiggle room to insert him into the Midgar section, showing that despite Remake‘s universe being a different take on the story of FF7, there are still certain beats that are planned to be preserved.

“Yuffie, the heroine of Episode INTERmission was not guaranteed to join your party in the original game, but that actually made her a character that we had more freedom to expand on the backstory for. Compared to Vincent, who was canonically sleeping in a coffin under the Shinra Mansion and so could not be moved around, Yuffie was journeying around the world as a materia hunter. By inserting the events in Midgar from FF7R Episode INTERmission into that journey, we can show the feelings that she had towards that incident that are usually hidden behind her cheery personality, and that will tie into her story further down the line.”