Head to head comparison of Final Fantasy 7 Remake across both PlayStation platforms.

In many ways, the arrival of Square Enix’s Final Fantasy VII Remake marks an inflection point in the Final Fantasy franchise’s thirty year-long history. The games, which came to become synonymous with JRPGs in markets outside home territory, brought the genre, its turn-based combat and over-the-top characters and plots to audiences around the world. It also has a history of innovating in terms of technology.

Final Fantasy VII, the series’ first PlayStation 1 outing, took advantage of that console’s CD-ROM storage to feature CGI cutscenes and pre-rendered background rendering that went above and beyond anything else on the PlayStation at the time. 2003’s Final Fantasy XI was one of the first MMOs on the PlayStation 2 and among the earliest games to support cross-platform online play. 2016’s Final Fantasy XV leveraged the power of Square Enix’s next-gen Luminous engine, first seen in the spectacular Agni’s Philosophy demo, to deliver among the highest-fidelity game experiences this generation.

The Final Fantasy VII Remake is a somewhat different beast. Square Enix typically use a range of in-house engines to create games that deploy distinctive technology, like Hitman’s crowd AI. A handful of titles, though, like some of the games in the Kingdom Hearts series, were built on Epic’s Unreal engine. Square Enix was the very first developer to publicly sign a licensing deal with Epic for using its Unreal 4 platform, way back in 2012.

Eight years later, Final Fantasy VII Remake shows us that the wait was worth it. The Remake is one of the finest implementations of Unreal 4 that we have seen till date. While we’re very late in the eighth-generation, a lot of what early Unreal 4 tech demos promised–like the Elemental demo showcased at the PS4 announcement–is finally on full display. However, in terms of technology, this is a remarkable title, a fine demonstration of Unreal 4. 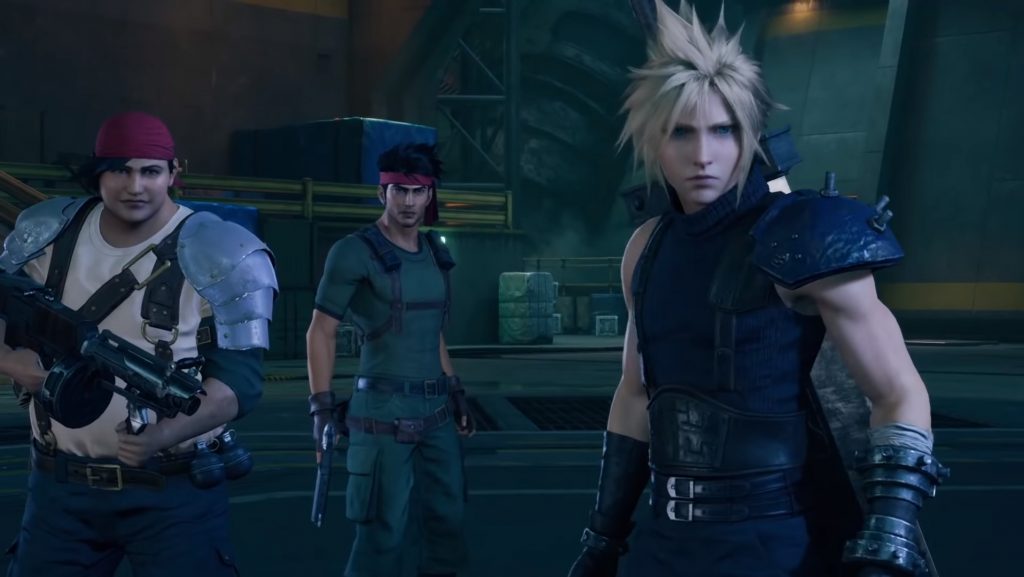 Before we proceed ahead, a note for you. We analysed the game’s performance by taking some sample scenes from the game and running it through trdrop, an open source software. Note that this tool gives us a mere demonstration of the game’s performance, because an exact 1:1 representation of performance can only be provided by the developers themselves since they have access to vast of array of tools and profilers.

At present, Final Fantasy VII Remake is available on PS4 Pro and the baseline PS4. The game targets 30 FPS on both consoles and largely manages to stay there. It does so, however, by utilizing dynamic resolution scaling. On the PS4 Pro, we see the resolution peak at 2880 x 1620.

The base PS4 peaks at a native 1080p. While the game stays at the higher bounds for most of the time on both platforms, intense scenes see a notable drop to visual quality. This is especially apparent on the PS4 Pro when outputting to 4K displays. The sub native resolution and TAA together lead to a very soft image. 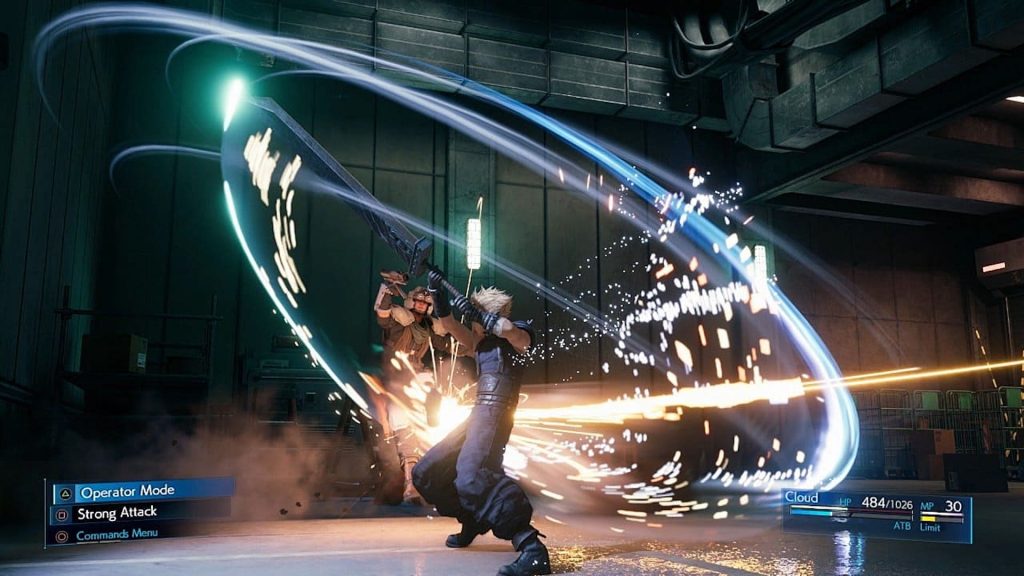 The Final Fantasy VII Remake makes use of Unreal Engine 4. It’s one of the last Unreal 4 titles we’ll be seeing before the eighth-gen comes to a close. This means that a number of iterative engine improvements and feature additions make their way over. The fact that it’s an Unreal Engine 4 title makes doing a graphics deep-dive somewhat easier. After all, we’re dealing with a known quantity.

Unreal 4, as implemented in Final Fantasy VII Remake features a deferred renderer, enabling a large number of dynamic light sources to appear on-screen at a given point of time. Dynamic lighting is a big part of the visual makeup of Final Fantasy VII Remake. Point lights from artificial sources, such as signs and street lighting add significantly to the environment in and around Midgar. It’s a nice contrast here how so much of the renderer is dynamic, compared to the original Final Fantasy VII’s reliance on pre-rendering.

The game makes use of Unreal 4’s physically based rendering pipeline to handle materials. Final Fantasy VII Remake doesn’t exactly feature the best materials we’ve seen til date. However, metallic surfaces like Cloud’s sword and other high-specular assets acquit themselves well. Duller assets, like rubble and the ground surface look quite flat, though. This is disappointing, especially when you consider the excellent material rendering work that Square Enix did in Final Fantasy XV with the Luminous Engine. 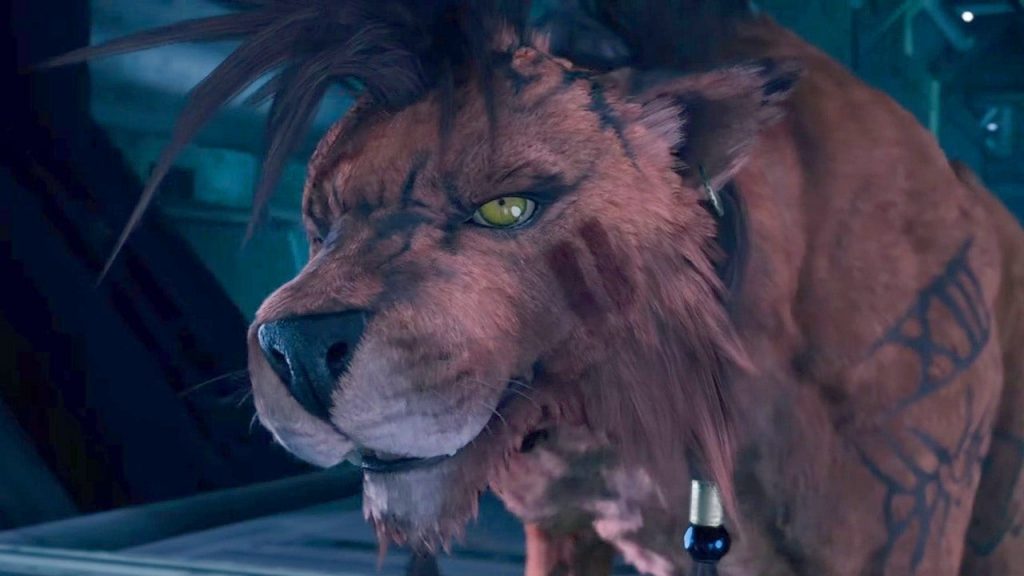 The original Final Fantasy VII prioritized character fidelity above all else. This was a sound call: as a narrative-heavy 3D game on the PS1, platform that wasn’t exactly a computational monster, it was important that character models be allocated as a high a polygon budget as possible. Final Fantasy VII managed to deliver decent characters for the time by compromising in other ways, notably its use of pre-rendered environments and fixed camera angles.

When it comes to the Final Fantasy VII Remake, though, developers aren’t forced to work under these constraints. We get a conventional, free third person camera, giving players more control over what’s on screen. The three-generation leap also means a revelatory improvement to character modelling. Final Fantasy VII Remake’s characters–both in-game and in cutscenes–look far better than their CGI counterparts in the original game. They also have an edge up on the characters in recent Final Fantasy movies. This is a remarkable state of affairs.

Being able to Cloud, Sephiroth, and everyone else at such a high level of fidelity makes the game’s emotional impact that much greater. Square Enix went above and beyond this gen, too, to ensure that character rendering was as good as possible. Reports indicate that AI was extensively deployed to accurately model in-game facial animation based on the tone of dialogue. The high polygon counts, high quality character texture assets, and the use of techniques like subsurface scattering for skin rendering mean characters have a near-cinematic appeal. 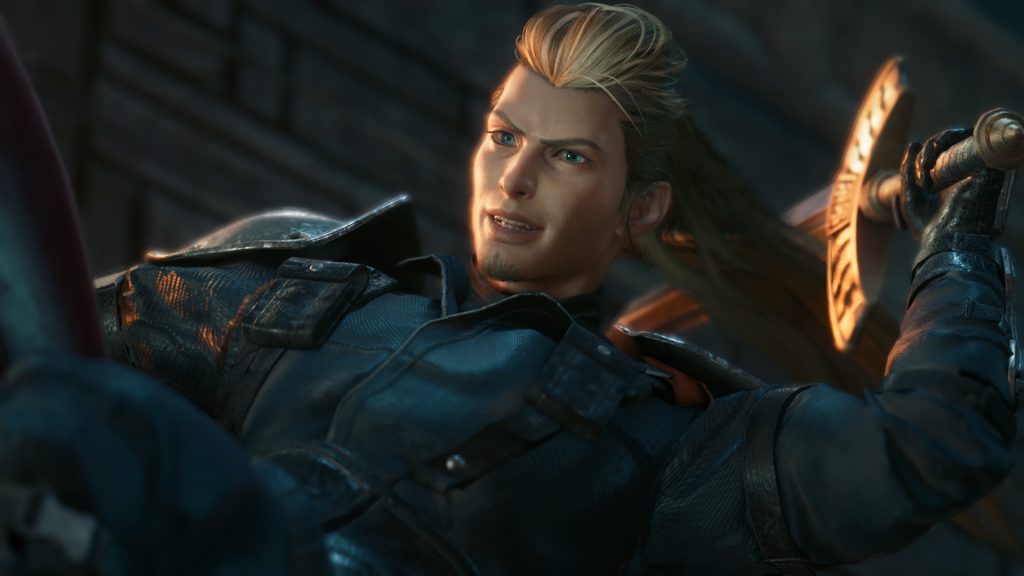 As a game that heavily leans on a cinematic aesthetic, a lot of attention has been lavished on Final Fantasy VII Remake’s particle and post-processing pipelines. With regards to particles, we see full-resolution alpha buffers being used across the board. This means great quality particles on both the PlayStation 4 and the PlayStation 4 Pro. We’re not big fans of the optimization approach, though.

A rather overzealous particle culling model means that high quality effects with dense, GPU-accelerated particle volumes, go offscreen almost as soon as they arrive. Also, while some particle effects, especially large explosions, cast light, a large number of “day-to-day” particle effects, like gunfire don’t appear to interact much with the environment. This can make fight scenes feel oddly flat at times.

The post-process pipeline delivers great results. A heavy depth of field effect is applied to good effect in cutscenes. We have per object and camera motion blur, too, both during gameplay and during cinematics. This helps keep the action feeling smooth, even at a 30 FPS update. Bloom features regularly and is a key part of the overall aesthetic design.

Many bright light sources, especially street and interior lighting, feature bloom. Screen space reflections and a solid SSAO implementation help ground characters and objects in the environment. Temporal anti-aliasing is also in use. Final Fantasy VII’s extensive use of transparencies: assets like Cloud’s hair look smooth and don’t present as a horrible, shimmery mess thanks to the use of post-process TAA.

How does it stack up to the original? 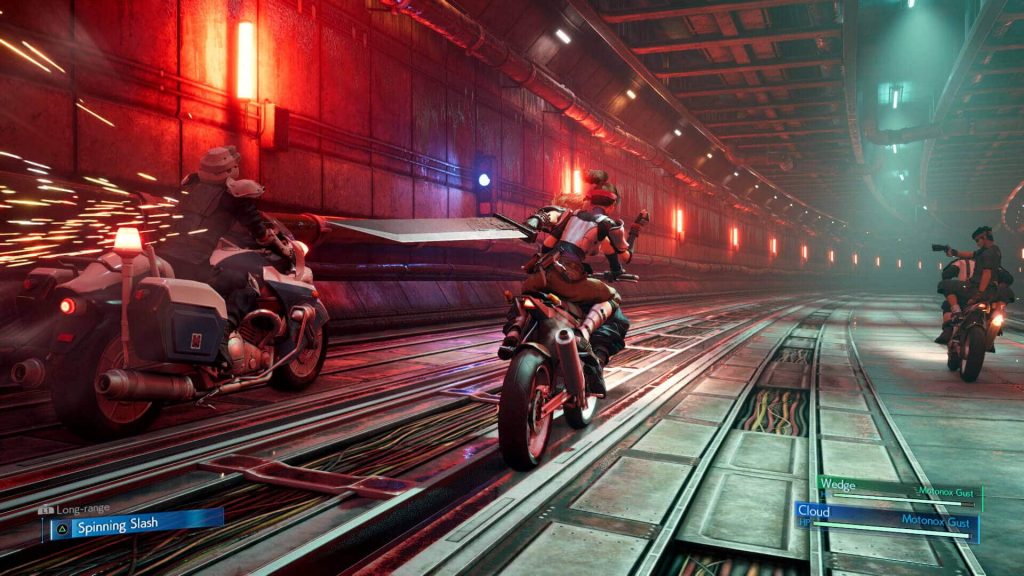 The Final Fantasy VII Remake is three generations ahead of the original game. The PlayStation 4 (and the Pro) are several hundred times faster than the PlayStation 1. Their RAM pools alone are large enough to the entirety of the original game in system memory. This has had a profound impact on the kind of improvements possible. For starters, resolution is orders of magnitude higher, as is the quality of art assets.

While the PC version is capable of running at higher resolutions, the games prerendered assets were still designed with the PS1’s 480i (and lower) output in mind. The Final Fantasy VII Remake is designed to look good, even on 4K monitors with the PS4 Pro. As such, texture assets and geometry are massively upgraded over the earlier release.

The other big change is the added dynamism. Everything in the Remake, from the environment to the combat system, to camera positioning is dynamic. This is in contrast with the original which was a far more curated experience by design. But because the Remake doesn’t have to deal with hardware limitations this increased dynamism very much works in its favour. 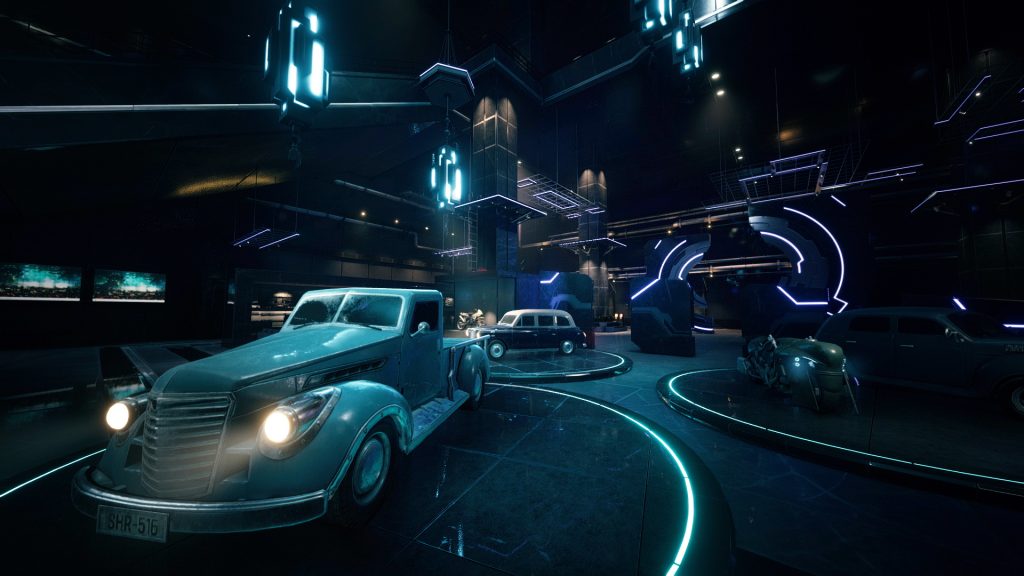 Final Fantasy VII Remake does the original justice at every level: it’s a genuinely good take on a classic, but it’s also a remarkable late-gen tech showcase for Sony’s PlayStation 4 and PlayStation 4 Pro. While the low dynamic resolution means that the 4K console delivers somewhat sub-par image quality, the full suite of Unreal 4 effects when the game’s firing on all cylinders leads to a spectacular overall experience.