Square Enix makes some pretty hefty changes to the classic and the response is…complicated.

At E3 2015, Square Enix announced that a remake for Final Fantasy 7 was on the way. Nowadays, it’s easy to forget what the company did several months prior. At PlayStation Experience 2014, it announced that Final Fantasy 7‘s…PC version would release next Spring for PS4. The response from fans was overwhelmingly negative but it seemingly served as a catalyst for the remake’s announcement. Though it had already likely begun development, if not pre-production at the time, surely announcing the remake’s existence at the time was intentional. And surely Square Enix knew that fans wanted the original story with updated visuals and other improvements, right?

Five years later and Final Fantasy 7 Remake is finally, finally here. It most definitely isn’t just the classic game updated with new graphics. We’re not just talking about the real-time combat system with pausing for issuing commands, the new perspective or the updated graphics. It’s not just the ending either – a lot of things from the original have been completely redone. We’ll avoid spoilers on the major changes (you can check out our analysis of the ending for more details) but it’s still worth asking how this happened.

One thing that’s immediately obvious is how Square Enix wanted to flesh out each and every aspect of the game. Cloud doesn’t just go from helping Avalanche destroy a Mako Reactor to meeting Aerith, escaping the Shinra soldiers, collecting his payment and then going to Sector 5 with Avalanche to destroy its reactor.

There’s a lot more to situations here – like Cloud walking the streets following the first Mako Reactor’s destruction, seeing the hapless civilians in dismay. Or hanging out with Tifa and becoming acquainted with the Slums, to the extent of actually building up one’s reputation as a mercenary.

It’s different but it’s far from bad. The buzzing of different NPCs as you walk among them, conversing with the different vendors and witnessing their various quirks, taking in the detail of the plate above and so on just feels so right. Many fans have expressed their enjoyment of all this. So would it have been better to just translate the original and cut out or pair all of that down? Granted, there are plenty who feel the story and pacing are pretty good when you take out anything that doesn’t involve, well, entities that shall not be named for the sake of spoilers. And that’s also fair.

From a gameplay perspective also, I can see why Square Enix opted for something more real-time. With the environmental traversal expanded so heavily and way more combat-driven side quests to be had, purely turn-based combat would have bogged down the pacing. It would still be doable but going real-time with the addition of pausing to issue commands is also likely closer to the developer’s vision of action in Final Fantasy 7. I mean, go back and watch Final Fantasy 7: Advent Children or play Crisis Core: Final Fantasy 7, the latter also forgoing turn-based combat for something that was instantly gratifying and easy to get into.

Still, you have to ask – as a fan who was told that this would be a remake of the 1997 classic, is this really what you expected? Did anyone one expect Square Enix to just redo the graphics and update the gameplay? Maybe flesh out Midgar, which was such a small part of the original, into something far greater even if it meant padding out certain sections?

Did you expect the classic tale to be told with a few interesting changes here and there? Or did you expect the story to be completely rebuilt, not unlike what Hideaki Anno and Studio Khara did with the Rebuild of Evangelion movies?

However, even taking all of this into account – and how the original games’ timeline could be completely altered in future parts – the sheer number of “Wait and see” or “Cautiously optimistic” reactions is interesting. There are shocked and outraged reactions as well, don’t get us wrong. But the overwhelming backlash that you’d expect from messing so heavily with a classic title isn’t quite there. 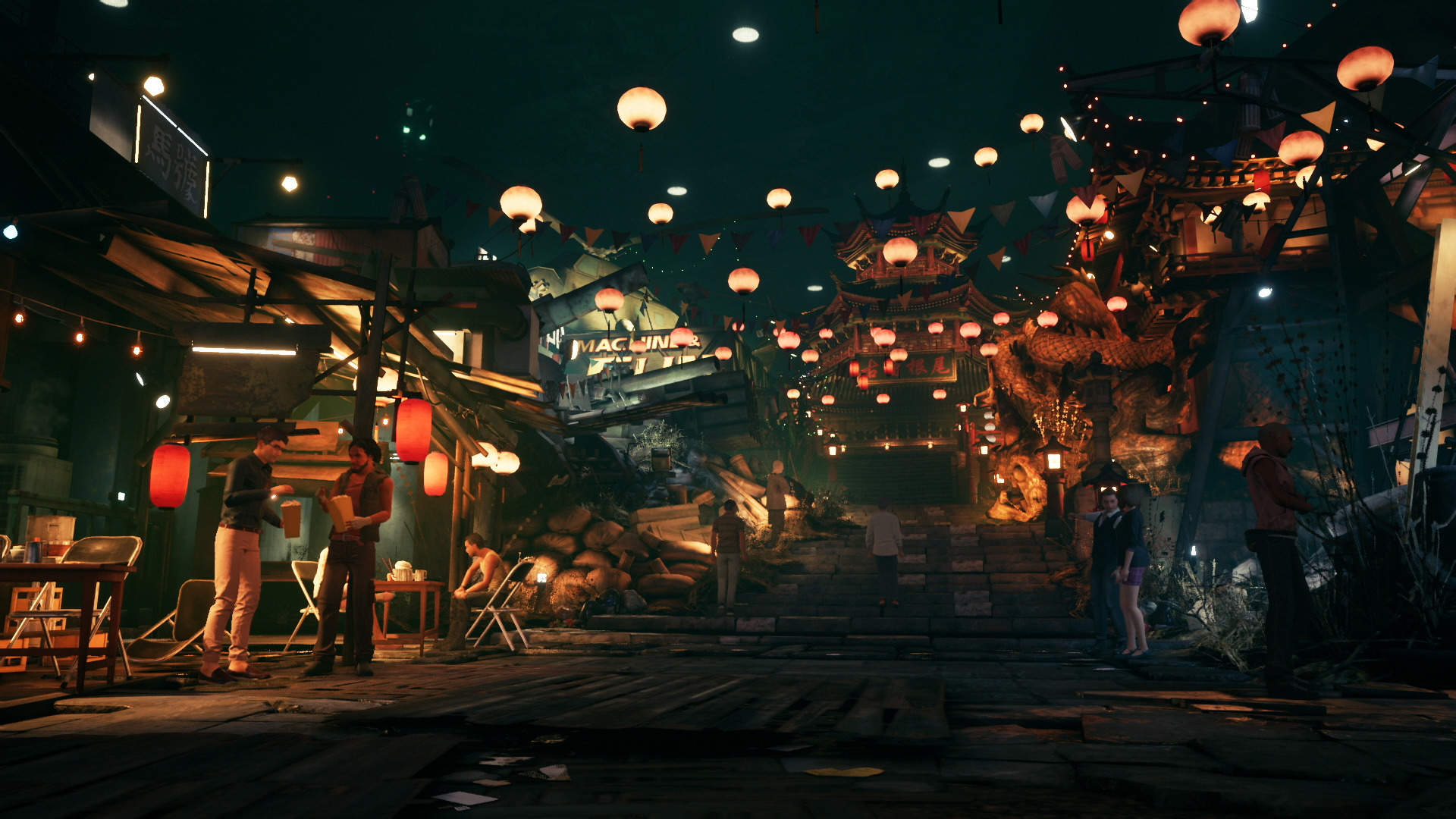 That’s probably why we can’t just ask “What the hell happened” as if the results are purely bad or reductionist. If this was an experiment to see how far the development team could push the envelope redoing a classic, then it’s been pretty successful.

The reasons for this could be manifold. The remake feels like the same story but from an entirely new perspective, both in the narrative and the actual perspective as you gaze upon the glorious skyboxes and marvel at the dinginess of Midgar. And despite all these changes, the characters and atmosphere still channel the original classic. It’s not just that Cloud, Tifa, Barret, Aerith, Red XIII and Sephiroth have been graphically improved. Their personalities appear to be faithfully translated to the current generation.

Yes, that’s even when taking into count the dynamic between Cloud and Sephiroth that feels less like the hero’s journey to overcome a powerful villain, and more like “two sides of a coin, forever in conflict.” Or that Jessie has way, way more interest in Cloud than the original. Or how Aerith is a lot snappier with her comebacks than the innocent flower girl from the late 90s. Or just how much cooler and unflappable Cloud is compared to the old days.

It’s a reunion between the fans and these beloved characters, and as crazy as events get, it feels like you’re experiencing it first-hand with the rest of the cast.

Of course, we still have to ask what the development team’s motives were. Maybe the overarching story was changed to facilitate a series of episodes better. Maybe someone at Square Enix really likes cliffhanger endings. And maybe there’s the sense that telling this story through a different point of view while channeling the spirit of the original game, would have made for a great story worth telling. Not to simply “update” the older release but to remake it and tell a brand new Final Fantasy 7 story that old and new fans could immerse themselves in.

Again, “cautious optimism” is the approach that many are going with. This isn’t the first time that Square Enix has attempted to tell a massive story across multiple games. Results in the past have been mixed, whether it’s the Final Fantasy 13 trilogy or Kingdom Hearts series. Maybe Square Enix just has an affinity for these kinds of tales and thought that Final Fantasy 7 Remake was ripe for the same.

Whatever the case may be, the reception for Final Fantasy 7 Remake can’t just be reduced to “those who played the original and will probably hate the remake” and “new fans who will love it because they have no connection to the past game.” The charm of these characters and their stories seems to transcend all of that, appealing to various players, not unlike the original.

Time will tell if other parts fail to capture that magic or fall farther down the rabbit hole of incoherent story-telling. But for now, Final Fantasy 7 Remake is a trip that every fan of the series, even those with a passing interest, should experience, even if the future is uncertain and the end is nowhere near.