An ocean. A desert. Fields of grass. A woman in a blue dress faces a clear blue sky. “I’ll be waiting for you,” she promises. A sword falls from the sky. Two men duel in a rocky circle. One slashes the other’s face, and the one who has been scarred retaliates. Feathers. Several images, mostly of the woman in blue. The music crescendos and the scarred man and the woman in blue step forward to embrace one another as the screen cuts to black.

Final Fantasy VIII’s opening is iconic. The game that follows it isn’t at all what you’d expect. The epic fight you witness is little more than a schoolyard brawl between moody teenagers and the teased romance initially starts off as two characters that can’t stand one another. Final Fantasy VIII spends a lot of its time upending your expectations of what a Final Fantasy game can and should be. It is still a radical game and a bit of a series black sheep, especially because it followed the massive success of Final Fantasy VII. It’s also a game that I didn’t like very much the first time I played it. For a long time, I believed it was one of the worst Final Fantasy games, an aberration that soiled the otherwise incredible run that was IV, V, VI, VII, IX, and X. So when I tell you that Final Fantasy VIII Remastered made me reevaluate my view on the game, I hope you’ll understand that I don’t say it lightly. 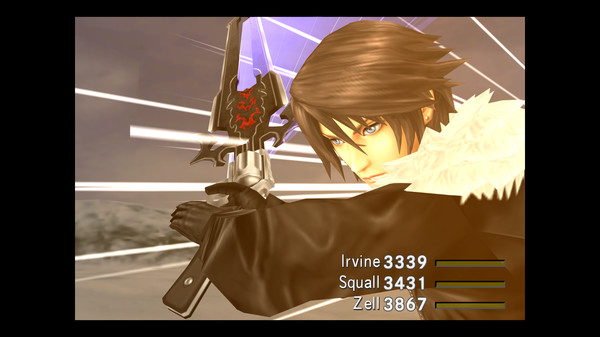 "Let’s get something out of the way from the get-go. Final Fantasy VIII Remastered isn’t a remake. It’s a remaster, which means that a lot of it is the same as it was in 1999."

Let’s get something out of the way from the get-go. Final Fantasy VIII Remastered isn’t a remake. It’s a remaster, which means that a lot of it is the same as it was in 1999. The menus have received an HD facelift, as have the character models, and Square has added the ability to turn off random encounters, play all scenes at 3x speed, and turn on battle assists that max out your HP and ATB gauges and give you constant access to Limit Breaks. All of these abilities can be toggled by pressing down on the left or right analog stick (or both at the same time). The PC version will also feature the ability to max out your items, abilities, GF level, gil, magic, Limit Breaks, and cards for Triple Triad. Beyond that, this is FFVIII as you remember it.

The final visual bugaboo is the game’s pre-rendered cinematics. They largely still look fine, and like the rest of the game, are presented in their original 4:3 aspect ratio. There’s no way to avoid this because of the pre-rendered nature of the game’s backgrounds and cinematics. Square would have had to redo every background and cinematic in the game. The real issue isn’t the aspect ratio, but the fact that these cutscenes are old, and can start to show their age in some places, with noticeable jaggies and fuzziness. The new character models magnify these flaws because they look so good. I still think the cutscenes and backgrounds look good, and far better than they should, but the new character models do draw sharp contrasts with their flaws. 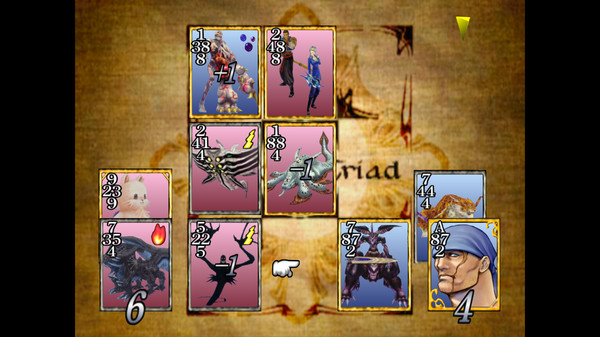 "Because using magic reduces the stored magic you’ve drawn, casting Cure might mean lowering your stats if you’ve got it Junctioned, giving you little reason to do it, especially since drawing magic for every party member can be both time-consuming and boring."

Storywise, the game hasn’t changed at all. This is still the story of Squall, Rinoa, Seifer, Quistis, Zell, Irvine, and Sephie. The core team are still members of SeeD, mercenaries from Balamb Garden drawn into a conflict beyond their understanding with the sorceress Edea, who threatens their home, and the larger world. VIII’s cast can get something of a bad rap, particularly Squall, and I’ll admit that they were something about the original game that I didn’t always like. This playthrough, however, changed my opinion. They can be moody and childish, and they often make poor decisions, but they’re just kids. No member of the core party is more than a teenager, and while they may be SeeDs, they’re rookies thrown into a conflict that becomes increasingly difficult to understand. The mistakes they make are justified, and each member of the cast goes through notable character growth. They’re flawed people, but likeable ones, and the game nails the little moments, from Irvine’s inability to pull the trigger on another person despite being a sniper to Squall’s growth as a leader who cares for others.

Still, FFVIII’s major design flaw persists: the Junction System. While you can level up in FFVIII, it isn’t what makes your characters strong. Junctioning is. GFs, or Guardian Forces (this game’s version of Final Fantasy’s summons) can be Junctioned to party member, granting them abilities and allowing them to Junction magic to their stats, making the more powerful. The issue here is that magic is an expendable resource. You get it by Drawing it from enemies or Draw points, and you can cast it immediately or store it. To make meaningful stat changes, you’ll have to Junction 100 of a certain type of magic to a character’s stats. That’s all fine in theory, but it breaks the game. Because using magic reduces the stored magic you’ve drawn, casting Cure might mean lowering your stats if you’ve got it Junctioned, giving you little reason to do it, especially since drawing magic for every party member can be both time-consuming and boring.

The other issue is that the system trivializes the game’s difficulty. Stats are based on the magic you’ve Junctioned, and not your level, but enemies scale based on your level, not what you have Junctioned. You can see the issue. It’s very easy to “outgear” most of the game’s fights by simply Junctioning a lot of magic and avoiding fights to keep your level down. This is what makes the ability to toggle random encounters on and off work – since enemies are based on your level, the fights will always be scaled to your level, even if you don’t fight – but it’s still a major issue. When you consider that leveling up your characters means spending a long time Drawing magic, and that each character to has to have their own magic reserve, and that adding a new character to your party means moving your Junctions around, it just gets tiring. The game tries to mitigate this by allowing you to migrate magic, GFs, and Junctions between characters, but it’s another step in an already tedious system. 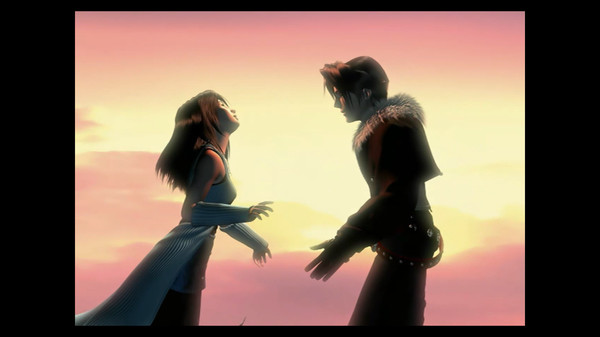 " Even with its flaws, Final Fantasy VIII is still a great game and a remarkably ambitious one. Watching scenes transition from real-time to cutscene and back again is still extraordinarily impressive, and the scope of Square’s ambition is still staggering to this day."

The game’s Limit Break system is also strange. Instead of building Limit Breaks by filling a meter over time, characters have a chance to enter Limit Breaks whenever their health is low. The lower their health, the higher the game for a Limit Break. Like the Junction System, this is extraordinarily easy to abuse, and Limit Breaks feel less like a reward for keeping your characters alive and more the product of luck or a specific strategy to make them pop as often as possible as a result.

These flaws aside, FFVIII’s combat system is still pretty good, and the decision to make Squall’s gunblade something the player must trigger by pressing a button when he attacks is an inspired choice. It makes me wish the other characters had something similar. Triple Triad is as good as its ever been, and the game’s focus on summons is welcome. While Drawing and Junctioning can be tedious, the system is at least interesting and unique. Nobody is forcing you to spend hours Drawing rare magic from bosses or creatures, but it’s the optimal way to play. It’s really a shame that Square didn’t take the time to refine the system for this release. While we’re at it, it’s also a shame that didn’t remaster the game’s music. It’s a huge missed opportunity, even though the original soundtrack isn’t bad.

Ultimately, this remaster doesn’t change what Final Fantasy VIII has always been: a flawed game whose successes far outweigh its failures. The remaster’s abilities to speed things up, skip encounters, and make fights easier on demand really helps, and I made use of them more than once, especially if I just wanted to get through an area or failed a section and had to play it again. Even with its flaws, Final Fantasy VIII is still a great game and a remarkably ambitious one. Watching scenes transition from real-time to cutscene and back again is still extraordinarily impressive, and the scope of Square’s ambition is still staggering to this day. This game harkens back to Square’s golden age, and the company’s willingness to take risks and be bold is still apparent here. Final Fantasy VIII isn’t a perfect game, and it will never have the adoration games like VI, VII, IX, and X enjoy, but it is a damn good one, and Final Fantasy VIII Remastered is its best version. Rinoa’s finally right: Squall is the best-looking guy in the room, and the adventure his motley crew undertakes is still very much worth your time. I’m just sorry it took me so long to notice.

The new character models look great. Pre-rendered cutscenes and backgrounds largely hold up. The tweaks you can toggle are nice. Good battle system, story, and characters.

Older visuals contrast with upgrades. The Junction System is still something of a mess. Limit Breaks are still weird. The soundtrack was not remastered.

Final Verdict:
GREAT
Final Fantasy VIII Remastered still has many of the same design flaws as the original release, but new visuals and gameplay tweaks make this the best version of a beloved classic.
A copy of this game was provided by Developer/Publisher/Distributor/PR Agency for review purposes. Click here to know more about our Reviews Policy.