Final Fantasy XIV was what really dealt the death knell to the Final Fantasy brand. Although the series had been in a state of steady decline since the late Playstation era, it was the poorly made, ill designed MMO that Square released with the Final Fantasy brand name slapped on it that attracted the ire of everyone, and once and for all dispelled the notion that the series, at least the mainline numbered series, was synonymous with high quality role playing.

Square decided they couldn’t let that happen. They flat out could not have a mainline game in their biggest- indeed, their only series with international appeal- fail, and they swore to fix it. Whereas the original game would be continued to be offered to people who had bought it in good faith for free, even as Square Enix continued to patch it and make it playable, they would work on a full scale reconstruction, a massive  undertaking that was basically developing an all new game, calling it Final Fantasy XIV, and trying to repair the damage caused by the original. 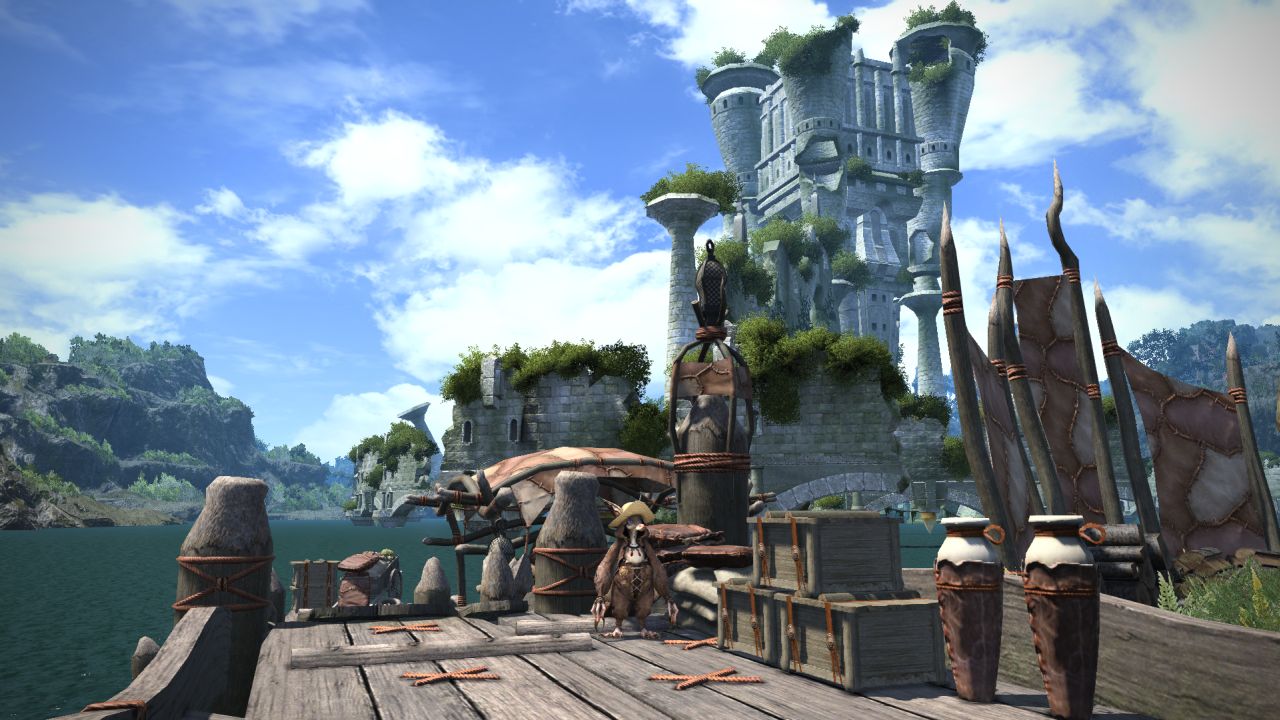 In an industry where first impressions are often everything, it was a very gutsy move to try and stick with the game. Did it pay off?

"The character customization itself isn't the most robust, betraying this game's JRPG roots, but it gives you just enough options. "

To put it at concisely as possible, yes. Although I have no experience with the older MMO outside of horror stories that I heard regarding its awfulness, the new game is a wonderful, beautiful RPG that provides for what is probably the best online role playing experience on the market right now. It starts with a character customization screen, offering you a chance of one of five races, and then it throws you right into its new, lovingly crafted world.

The character customization itself isn’t the most robust, betraying this game’s JRPG roots, but it gives you just enough options. As soon as you are done, you find the game beginning, and you are in a cart. The conversation you have with your driver, and the subsequent events that folow, do a good job of setting the world you are in, as well as the atmosphere, up, before you are plonked into the city of Ul’dah and taught the basics of movement, fast travel, sidequests and guilds.

To be honest, it all seems to evoke a similar portion at the beginning of Final Fantasy XII, and just like that underappreciated gem, it does an excellent job at setting the tone of the game. 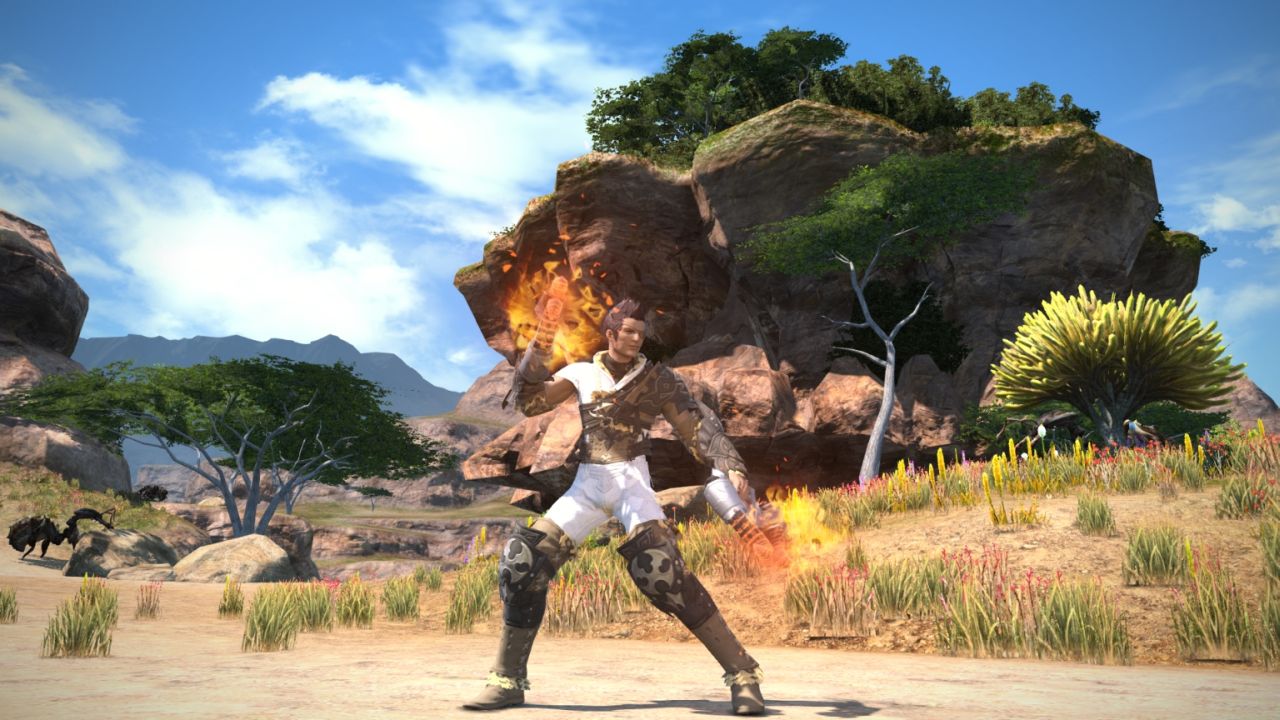 After the game has set up all the mechanics of fast traveling and such with you, you get to venture outside of the city walls and get into some fights for some experience and loot. Final Fantasy XIV: A Realm Reborn probably understands the banality of most quests and fetchquests that degenerate into mindless tedium, especially at the beginning of each MMO.

"A Realm Reborn appears to be a true full scale online realization of what makes Final Fantasy so uniquely good and so quintessential in the role playing genre."

To avoid that, it tries to attach context to everything you do, to lend it some weight. In fact, one might argue that it gives some things too much context, and won’t it just get to the point and let us kill some monsters already?

When it does get to it, the combat is fun. It’s real time (no, turn based MMOs are still not a thing), and it is fairly standard, with cooldowns, and action points associated both with physical and mana attacks.

However, Final Fantasy XIV also seems to use what looks like a variation of the famed ‘Jobs’ system from the earlier Final Fantasy games, allowing for cross profession skills once your current profession has leveled up enough. Level and character growth is therefore linear, instead of offering the player a choice via a skill tree, and it allows you to craft some uniquely customized characters. 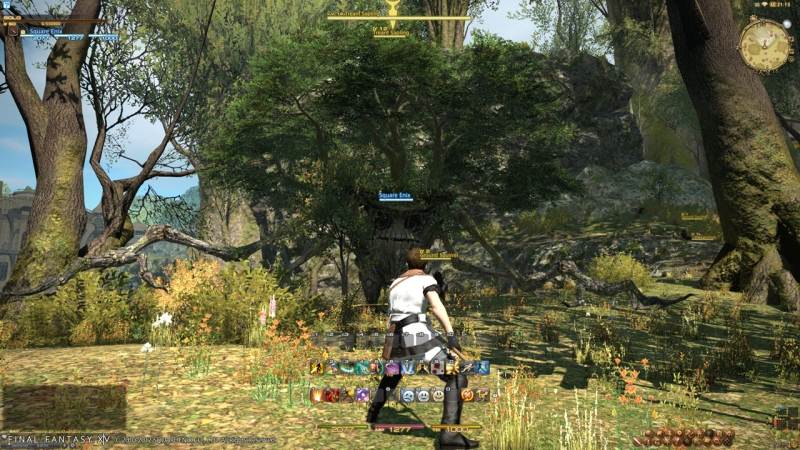 There are still a few rough corners in Final Fantasy XIV- I played the beta, so it is very clearly a work in progress. The beta does not have voice acting, for example, whereas the final game will, and some interface issues abound. On the other hand, it seems to be a fully realized MMO, already better than many other MMOs on the market.

Square Enix simply seems to have done a great job at crafting a masterful MMORPG here- from the combat to the quests, real time dynamic events, guilds and progression, side activities like monster hunting (which could be an entire game unto itself), it takes the standard MMO formula and it refines it until it is executing it the best.

But then, it also has something that completely sets it apart from all other MMOs on the market, which is its unique world and atmosphere, a world uniquely Final Fantasy. I don’t know what the previous Final Fantasy XIV was like, but this one appears to be a true full scale online realization of what makes Final Fantasy so uniquely good and so quintessential in the role playing genre.