A whole lot of new information about the upcoming HD remaster.

Final Fantasy X|X-2 HD, the upcoming PS3 and PS Vita remaster of the beloved PS2 classic, has got a bevy of news today. First among these, of course, is the new video that was released, that shows the visual upgrade that the HD edition has gotten over the SD original. Check out the video below.

It looks like a healthy visual upgrade over the original game, that’s for sure, although it still does remain an HD remaster at best (meaning the incredibly long development cycle is still inexcusable).

In addition to this, Square Enix has also announced the Limited Edition for this game. Check it out: 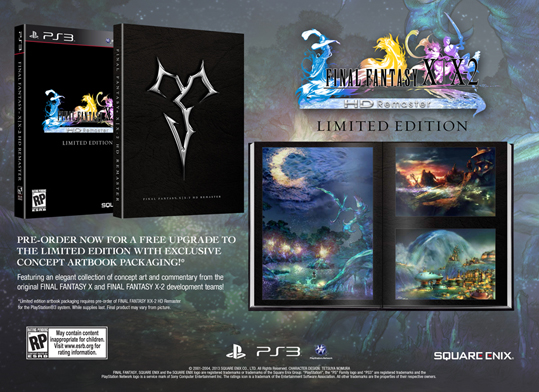 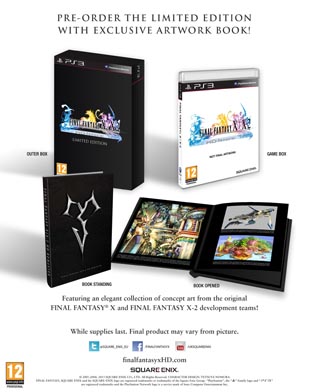 It looks like that is a pretty good incentive to pick those games up, wouldn’t you agree?

Square Enix has promised that based on the performance of FFX|X-2 HD, Final Fantasy XII HD may be a thing, so I sincerely hope this game does well, because Final Fantasy XII is a beautiful game that would be glorious in HD.

Are you looking forward to Final Fantasy X|X-2 HD? What platform will you get it on? Let us know in the comments below.