First up in this duo of Capcom classics is Final Fight, where players follow the heart-pounding adventures of Cody, Guy, and Haggar – three heroes fighting their way across crime-ridden Metro City in hopes of saving Haggar’s daughter from the evil clutches of Mad Gear. There are 6 stages filled with perilous challenges. The only hope for justice is the unique fighting techniques mastered by each character. What better way to celebrate to the inclusion of Cody and Guy in Super Street Fighter IV than to take a trip down memory lane and experience the allure of Final Fight beat’em-up insanity all over again. 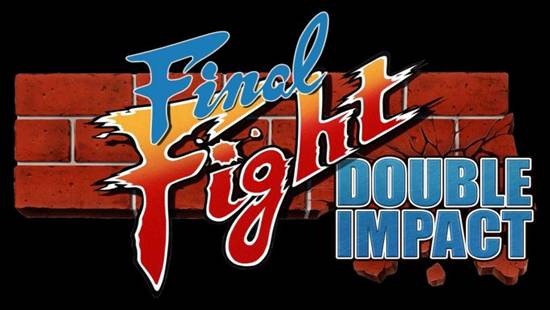 In Magic Sword users will take on the role of the “hero,” a brave warrior who bears the daunting responsibility of cleansing evil forces from an ancient tower. As a consequence of his actions, he will inevitably meet the source of this scourge upon humanity – the dark lord Drokmar. But fear not, the hero is accompanied by eight allies who will lend their assistance through-out the game. All of them bring specific skills and talents to contribute to the fight. It’s an amazing side-scrolling action illustrated in classic fantasy stylings, making a perfect pairing with Final Fight.

Final Fight and Magic Sword utilize Capcom’s proprietary graphics engine so now both games can shine in crisp HD glory. Users will also be able to toggle back to a classic mode that renders the game in its original format.

The multiplayer features will allow gamers to relive these classics with friends online. “GGPO” network technology creates a frame-accurate arcade experience across the internet with online voice chat and the ability to join games in progress. Thanks to the innovative open invite system, other fighters can jump right in and contribute some classic arcade combat to the experience. Leaderboards for both games tracks scores to compete and compare for bragging rights.

Final Fight: Double Impact will include achievements and trophies that are earned by executing key goals in the games. Rewards like collectable art pieces will make multiple play-throughs all the more satisfying. Both Final Fight and Magic Sword include a Vault mode where players can view art pieces at their leisure. These extras include original game art, full motion video (including a long forgotten epic Final Fight cartoon), manga chapters from Udon, and fan-art for completing in-game challenges. There’s also an awesome soundtrack composed by the talented team behind the score for Bionic Commando Rearmed. Original music will be available as well.