Fire Emblem Warriors Review – No Time To Wait For My Turn

Fire Emblem's debut on the Nintendo Switch is decidedly muted.

Hyrule Warriors turned out to be a surprisingly great game, and one of the most cohesive and enjoyable titles made in Omega Force and Koei Tecmo’s storied Warriors mold. Maybe it was the fact that the game was wrapped up in the trappings of a beloved franchise, or that it never took itself too seriously, or maybe it was because it introduced some clever spins on standard Warriors mechanics and tropes, but Hyrule Warriors stood out as a surprisingly strong action game that could be recommended on its own merits.

Fire Emblem Warriors, on the other hand, cannot. It’s not a bad game- indeed, there’s no part of the experience that is unenjoyable at all, and even at its nadir, you will be actively having some mindless fun with the game, if nothing else. But where Hyrule Warriors felt like a (tongue in cheek) celebration of Zelda‘s history, and went crazy with trying to keep players engaged, Fire Emblem Warriors feels curiously subdued.

Consider, for instance, the fact that the bulk of the characters in the game come from Fire Emblem Awakening and Fates. On some level, this makes sense- Awakening and Fates are where the series broke out into the mainstream, and saw the success that has made it the major brand it is today. Consequently, most fans will be most familiar with those games’ characters and settings. I have to imagine those fans will actually be reasonably happy with what they get here, though even then, some flaws begin to emerge (I’ll get to those later).

For others, who are more familiar with Fire Emblem, this game is actually heart breaking in terms of its missed potential. Almost none of the major characters from the franchise pre-Awakening have made it here- Ike and Roy are missing. To be clear- Ike and Roy. They’re arguably the most popular characters in the series (apart from Marth)- they were representing the franchise in Smash Bros. before it hit it big. It feels like some of the most popular characters are cynically being held back for DLC. 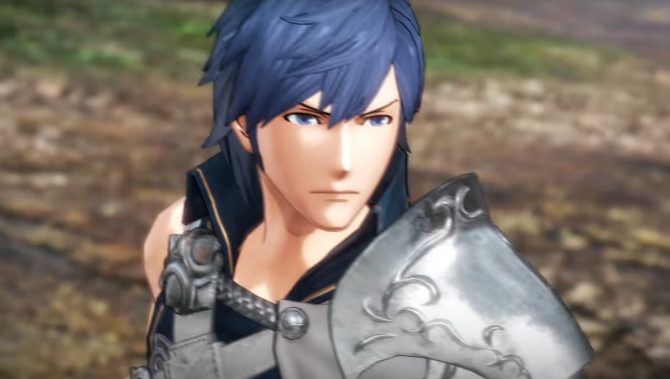 "Griping about the characters aside, the game plays well- it is thoroughly mindless, and you shouldn’t even bother trying to keep up with its increasingly contrived narrative that really only exists to justify all these disparate characters coming together for epic battles."

Griping about the characters aside, the game plays well- it is thoroughly mindless, and you shouldn’t even bother trying to keep up with its increasingly contrived narrative that really only exists to justify all these disparate characters coming together for epic battles. But it’s fun, and slicing down waves of enemies as Lucina never quite got old for me. It’s especially fun because the game runs great, the animations are amazing, and the special attacks are spectacular- and in a sense, the endorphin rush from unleashing those contextualizes the otherwise mindless slashing and makes it all thoroughly worth it.

The interesting thing is that Warriors tries to integrate some more strategic elements from the actual Fire Emblem games, too. Warriors games have always had an element of strategy and battlefield troops management simulation- they’re just a bit more pronounced in Fire Emblem Warriors. They don’t change the mindlessness of the moment to moment action, but it adds a layer and element of nuance to the larger metagame (although the management of placement can become tedious, forcing you to pause the action and go through the menu each time).

Warriors fluctuates wildly in terms of the quality of its stages, however. This is important, because these stages are not just backdrops- they are actual physical locales you battle in, meaning their layout and geography matters in terms of the action, and the flow of a battle. This is where we return to the problem I brought up earlier regarding the game choosing to source most of its material from Fates and Awakening– Awakening in particular wasn’t known for having the most varied maps, so a lot of the stages feel repetitive. Fates was better in this regard, and I guess the Fates stages work better than the Awakening ones do- but on the whole, I did find myself wishing for better stages. Going to some of the older games in the franchise would have fixed this issue. Admittedly, the incorporation of Fire Emblem‘s classic weapon triangle leads to some interesting considerations about positioning that keeps maps more interesting than they otherwise are, but on the whole, they feel like a missed opportunity here. 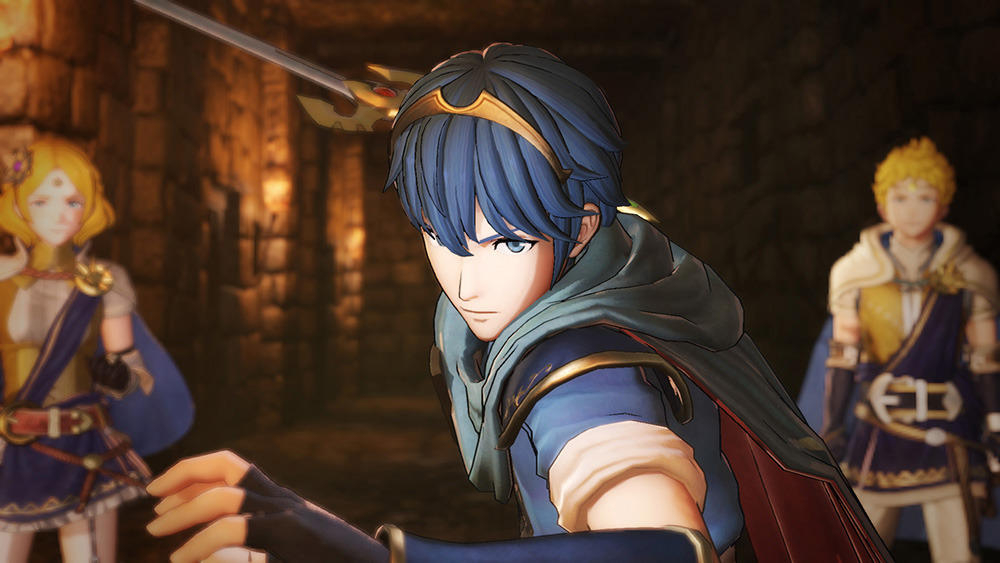 "In what has to be the most asinine decision surrounding this game, there is no online play."

Fire Emblem Warriors also features another of the joys of the Warriors franchise- multiplayer. Partner up with a buddy and take on hordes of enemies together, which remains as fun as always. Performance and graphics both take a severe hit when you do, but it’s compensated for by just being able to take on these armies with a friend by your side- but they need to be by your side because, in what has to be the most asinine decision surrounding this game, there is no online play.

That apart, the game actually looks pretty- the artstyle pops, it runs fine (you even get an option to focus on framerate), the geometeries are elaborate enough to support some good battles, and the animations are spectacular. Things take a decided hit for the worse with the co-op mode, but on the whole, the game looks fine. It sounds good too, and makes some good use of the sweeping scores that Fire Emblem has been known for. It’s not the most high budget or best looking and sounding Switch game, not even for the month of its release, but it’s good enough to get the job done.

Good enough to get the job done can be the game’s motto, actually. It’s not a bad game at all, but it never feels like it goes the extra mile, either. It’s an alright game with some good fan service especially for more recent Fire Emblem fans, and some fun gameplay, but some extremely poor choices, mostly pertaining to map design and multiplayer, hold back a game that otherwise could have been far more than it turned out to be.

It remains fun to play, it does Awakening and Fates justice, the incorporation of light strategic elements from Fire Emblem does it good, local multiplayer is appreciated.

The map design is relatively poor, no online play, it sticks mostly to Fates and Awakening, ignoring most other games in the franchise.

Final Verdict:
GOOD
Fire Emblem Warriors is good enough to get the job done- but only just.
A copy of this game was provided by Developer/Publisher/Distributor/PR Agency for review purposes. Click here to know more about our Reviews Policy.