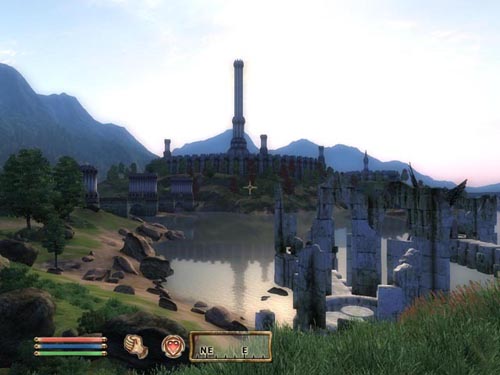 New info has come in for Bethesda’s anticipated fifth instalment to the Elder Scrolls series. Game director Todd Howard described combat in previous games as like “fighting with chopsticks” in a recent interview and hopes to create a more intuitive combat interface for Skyrim. Quick select menus will supposedly return, allowing you to alter your equipment on the fly. There is also talk of a two handed combat mechanic where any combo of weapons and spells can be mapped to your characters available hands. Sword and Fireball combo for the win!

Bethesda are aiming to create a more realistic melee fighting experience, utilizing the Havok engine to replicate sword clashes and camera shake effects. The pace of combat will also be set to gravitate more toward a balance between offensive and defensive fighting. Defensive manoeuvres will apparently focus on timed blocks and parries, rather than the standard held block seen in previous Elder Scrolls games.

Howard describes how “there’s a brutality to [the combat] both in the flavor of the world, and one of you is going to die. I think you get very used the idea that enemies are all there for you to mow through, but it doesn’t seem like someone’s life is going to end. We’re trying to get that across.”

A new narrative component has also been mentioned called Radient story, that will spawn random encounters that can lead to sidequests.