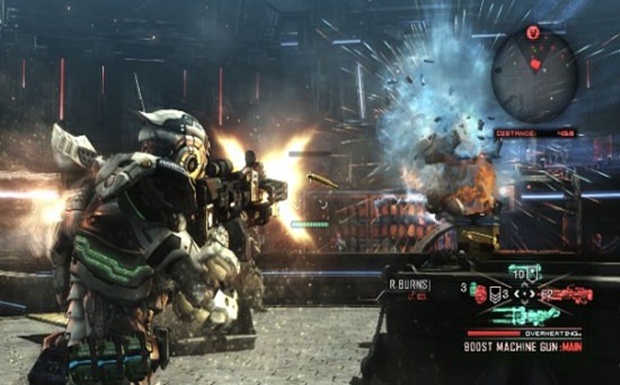 The first DLC pack for the excellent sci-fi thrid person shooter, Vanquish, is coming out November 17th. It’s titled “The Tri-Weapon Pack” and will consists of, well, three extra weapons, them being the Boost Machine Gun, Anti-Armour Pistol and Laser Cannon. All three of them add somewhat to the crazily fun gameplay of Vanquish, and all three weapons, having their own unique powers, will help you get through the campaign of Vanquish in a more stylish and fun manner.

The DLC will be priced at 160 Microsoft Points on Xbox LIVE® Marketplace and for USD$1.99 €1.49/£1.19/2.45AUS$ on Playstation®Store. Check out some official information on the upcoming DLC below:

“LONDON & SAN FRANCISCO (11th November, 2010) – SEGA® Europe Ltd. and SEGA® of America, Inc. are pleased to announce the downloadable content for VANQUISH™, the epic sci-fi third-person action shooter from acclaimed game studio PlatinumGames, will be available on the 17th November on Xbox LIVE® Marketplace and PlayStation®Store. The Tri-Weapon pack contains a small arsenal of experimentaltechnology, and is made up of the Boost Machine Gun, Anti-Armour Pistol and Laser Cannon. This triple threat of futuristic weaponry gives players an edge in surviving the frenetic and massive battles onboard the vast space station setting of VANQUISH™. The Boost Machine Gun is an early experimental weapon with impressive overall fire power and the speed to dispense rounds similar to that of an assault rifle. The Anti-Armour Pistol fires a special penetrative shell and was manufactured to tackle hostile forces with much stronger armour. Finally, the Laser Cannon is a miniaturised space warship laser and is more powerful than any other weapon available for infantry.