“Ossu!” and other murder-related vocabulary.

Fist of the North Star, for those who don’t know, is the original Shounen manga. That is to say, it is the original series dedicated to burly dudes beating the tar out of each other against impressive backdrops and rising power levels. It is the template from which series like Dragon Ball Z, One Piece and Bleach have evovled.

of course, while the video games don’t enjoy as much as success or fame, Fist of the North Star: Ken’s Rage 2 aims to change that. Coming on February 8th for PS3 and Xbox 360 in Europe (with a Wii U release date planned for later), the game will focus more on a Dynasty Warriors style beat-em-up experience with multiple playable characters. Like Falco! Check him beating some poor sods into blood and dust.

If nothing else, at least Tecmo Koei is replicating its famous Dynasty Warriors formula into other franchises to make them compelling (or it could be a cheap cash-in, but hey, staying positive, right?). 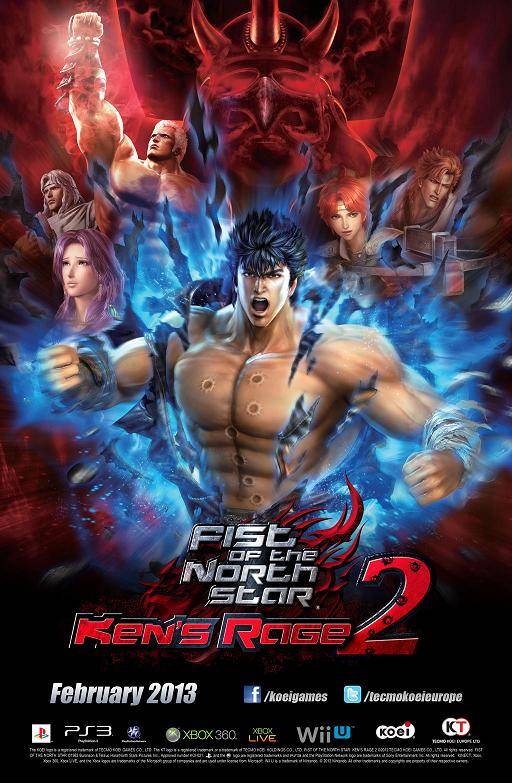