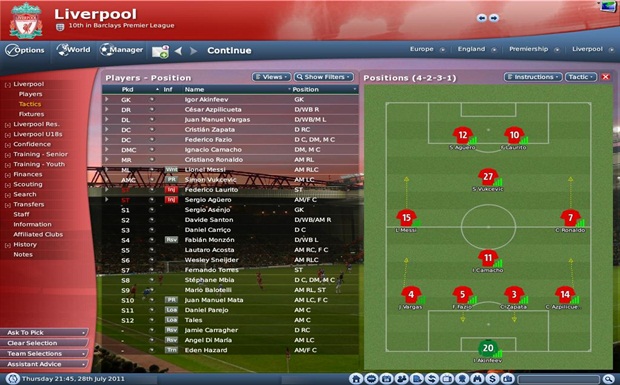 A demo for Football Manager 2012 is now available on Steam. The demo will include the first half of the 2011/2012 season, which you can carry on playing in the full game when it releases.

Games saved in the demo will be compatible with the full game, so players can continue where they left off when the game is released on October 21, as well as being able to add more playable leagues to the game using the new “add/remove leagues” option.

The in-game languages and QuickStart leagues included in the demo are as follows: