Everything you need to know about Football Manager 2015 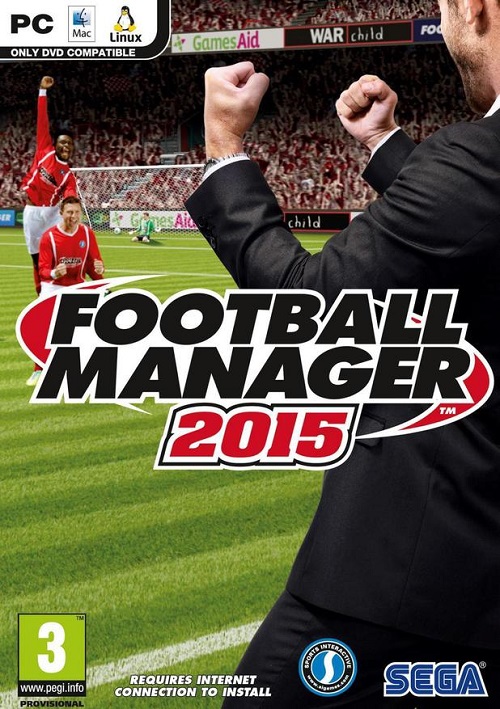 Football Manager 2015 is an upcoming sports management simulation video game that is part of a greater series that caters to a devoted niche audience of sports gamers. The game is currently in development by the series creators and developers, Sports Interactive who are now a subsidiary of Sega after being acquired in 2006. Football Manager 2015 is also currently set to be published by Sega, the video game industry veteran powerhouse that develops and publishes titles such as Sonic the Hedgehog, Virtua Tennis and more recently the Total War series following the acquisition of The Creative Assembly in 2005.

Football Manager 2015 is currently slated to launch primarily on PC platforms, specifically on Microsoft Windows, Mac and Linux operating systems, but it is also scheduled for an iOS and Android launch at some time further down the line. At his time, the iOS and Android builds have no released window whereas the Microsoft Windows, Mac and Linux builds are set to launch on November 7th of 2014. 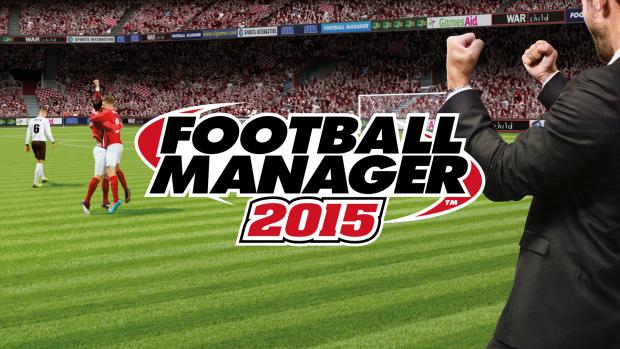 The Football Manager series is definitely aimed at a specific portion of the sports simulation video game market, and from that portion it’s found a dedicated niche audience that appreciate and enjoy the finer nuances of actually running a football club rather than simply playing the game. With that in mind, it was no surprise to learn that Football Manager 2015 was in development and set to launch in November of 2014.

Similar to it’s predecessor, Football Manager 2014, the game is being developed primarily as a PC based video game, but it too will receive a handheld build of the game that will be developed specifically for mobile devices, including iOS and Android platforms, unlike Football Manager 2014 however, there have been no plans announced yet regarding whether or not the game will make an appearance on the PlayStation Vita. The handheld build of the game hasn’t been given a concrete release date, but is expected to shift before Christmas of 2014. 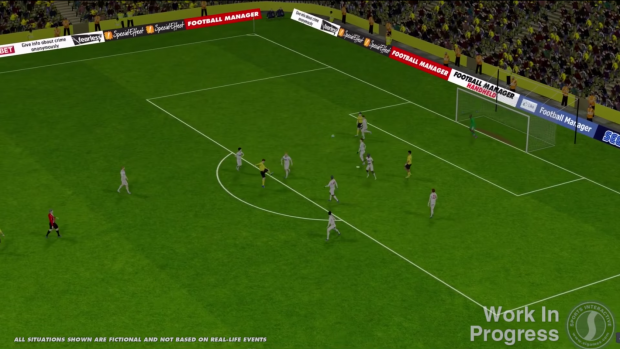 Gameplay in Football Manager 2015 is largely the same as it has been in previous iterations of the Football manager series. Players don’t actually take part in the game of Football, rather they arrange a squad and train it, pay it and largely control a small economy that influences who can afford which player and when. The general idea of the game is to build a football team that out performs previous teams in order to win.

Despite being quite similar to Football Manager 2014, the game does have a list of new features that change the gameplay in subtle, yet noticeable ways.These new features include:

Upgraded 3D Animation – Tweaks have been made to the Match-Day Engine to give the game a much more realistic look. Animations have been entirely recreated and replaced with motion captured actions for a better sense of realism.

Redesigned Navigation Screens – Developers have overhauled the menu screens to ensure that all the games features are easy to locate and access. This includes a new slide in sidebar that will appear on the left hand portion of the screen. Drop down menu’s have also been scaled down to reduce clutter.

Customisable Manager Builds – You can decide how your Manager will work. Will he be a hands on manager that takes to the pitch in a tracksuit alongside the team, or will he be a tactical manager that wears a suit and sticks to the tactical aspects of the game. Leaving the physicality to the squad.

Scouting System Tweaks – The scouting system in the game has been massively overhauled, it’s now easer to find your newest players. Your scouts will also recommend the best possible replacements for your squad. You can even search for players that are unhappy with their current club, offering you the opportunity to take them on.

Promising Importance – Making a deal or promise with a player and saying that you will give them a contract that lasts a certain amount of time is an important matter, it’s been given its own dedicated page to keep a track of all your promises and contracts.

Media Tweaks – The papers and media alike will all be getting tweaked, this means more questions and more tactical enquiries on the part of journalists will help expand the game and make it that little bit more realistic. 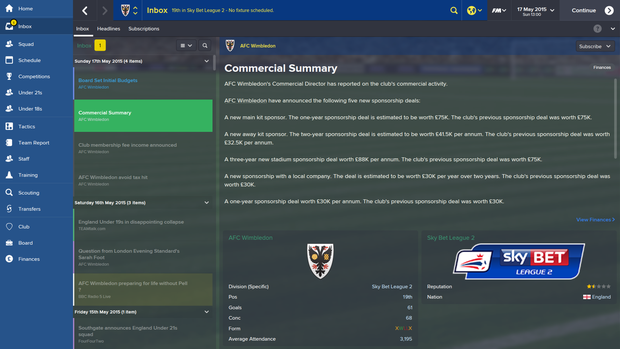 At the time of writing, team listings have not been revealed to the media.