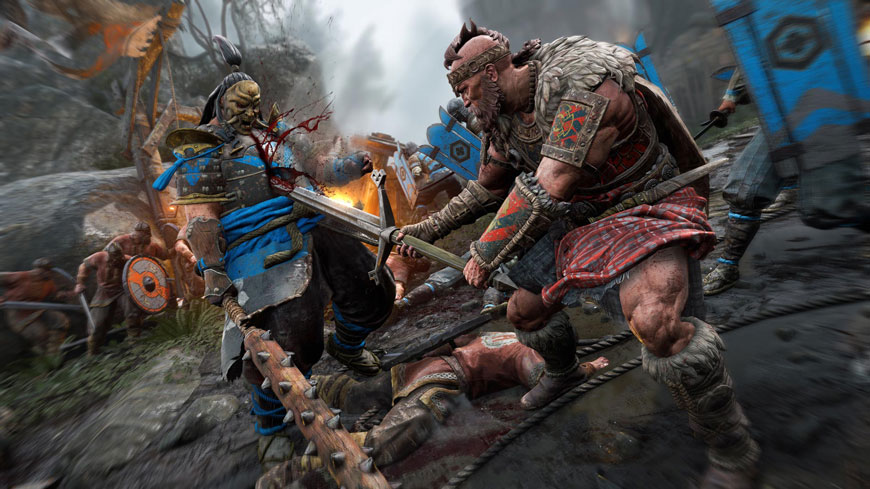 There’s already quite a bit we’ve learnt about what the upcoming expansion for For Honor, called Marching Fire, will bring to players. While we had previously learnt about Breach mode, Ubisoft has now revealed lots of new details about the Arcade Mode that the expansion will add to the game as well. The developers also revealed that the game’s Starter Edition will be free for a few days starting from August 22.

Arcade Mode is basically a PvE mode which will only be available to those who buy the expansion, although players can still join a game if they’re invited even if they don’t have the expansion themselves. In this mode, players will face off against AI opponents, and players can select a difficulty based on the different gear score levels, while some unpredictability will also be introduced as the game introducers randomly applies combat modifiers to AI and players itself, which in turn will be dependent on quest difficulty.

The mode is stated to be infinitely replayable, and can be played either solo or in co-op, and it certainly looks like it’s going to be quite challenging overall. If you pre-order the expansion, you will gain access to the new Heroes, the Arcade Mode, the Breach Mode, and also Elite Outfits for each of the heroes. Additionally, if you’ve been wanting to try the game out, now would be a good time because you will be able to get the Starter Edition of the game for free from August 22 until August 27.

You can check out videos showcasing the Arcade Mode below. The Marching Fire expansion is set to release on October 16.