Forget The Bugs, Assassin’s Creed Unity Delivers The Graphical Leap That We’ve Been Waiting For

Posted By Rashid Sayed | On 18th, Nov. 2014 Under Screenshots | Follow This Author @GamingBoltTweet 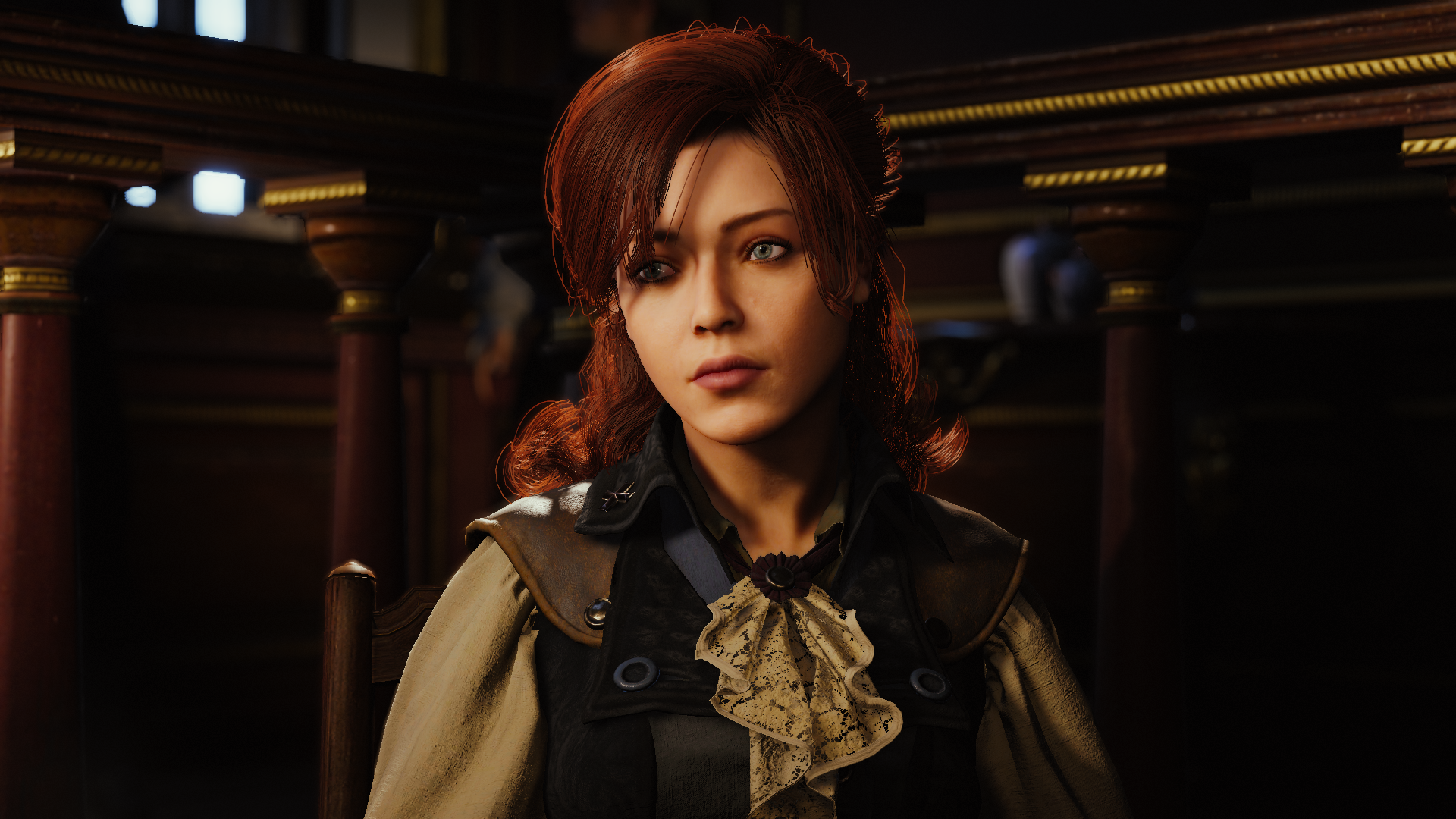 Its been a week since Assassin’s Creed Unity was released on the PS4, Xbox One and PC. Since then Ubisoft has been under constant fire for providing a half baked product which felt like a beta code. The game is suffering from atrocious frame rate issues across the PlayStation 4 and Xbox One, although it does manages to hold itself in tougher situations at times.

Players who bought the game on the PC have a similar tale to say. The game hardly runs at at 60 frames per second on high end rigs and players have experienced extreme slow downs in frame rate and frequent stuttering. But performance issues aside, it’s a shame that Ubisoft Montreal is not being recognized for the technology they have used in Assassin’s Creed Unity.

The title perhaps uses the best implementation of Global Illumination and Color Bleeding seen in a video game. I am sure that many will disapprove and disagree with my statement but the game’s engine does a terrific job at rendering realistic lighting with multiple surface scattering, which makes some of the current gen games look like they are last gen. Of course there are the pop in issues which results into fade errors and the draw distance is rather disappointing at times, but once everything loads up, Unity is a sight to behold. From the hair textures to the skin shader, from the reflections to the projection of multiple light sources, Unity is a technical marvel.

This has resulted into a massive thread on Neogaf  where several users have posted beautiful screens from the PC version. The PS4 and Xbox One versions are no second grade either but for the sake of showing the true potential of the game, we have opted to post only PC screenshots. Check them out below.

Ubisoft have so far released two patches for Unity and a third one is due soon. Unfortunately, it may not fix the frame rate and stuttering issues yet. 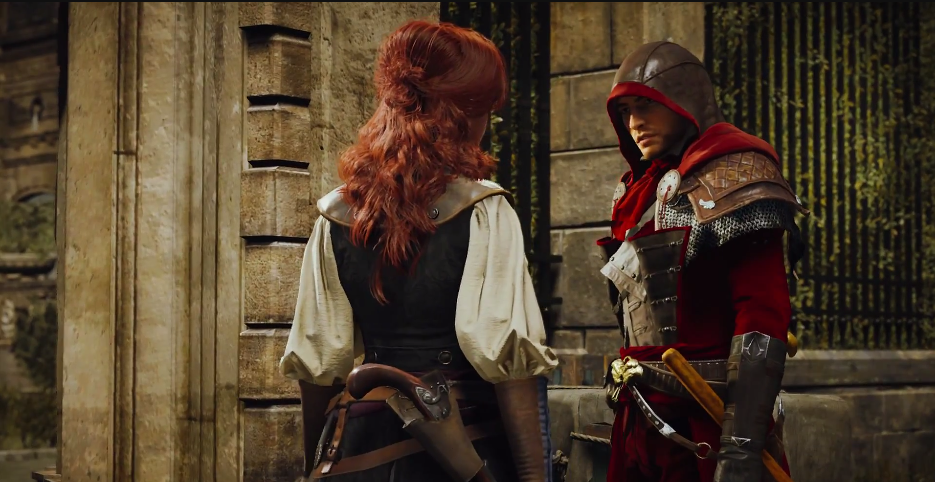 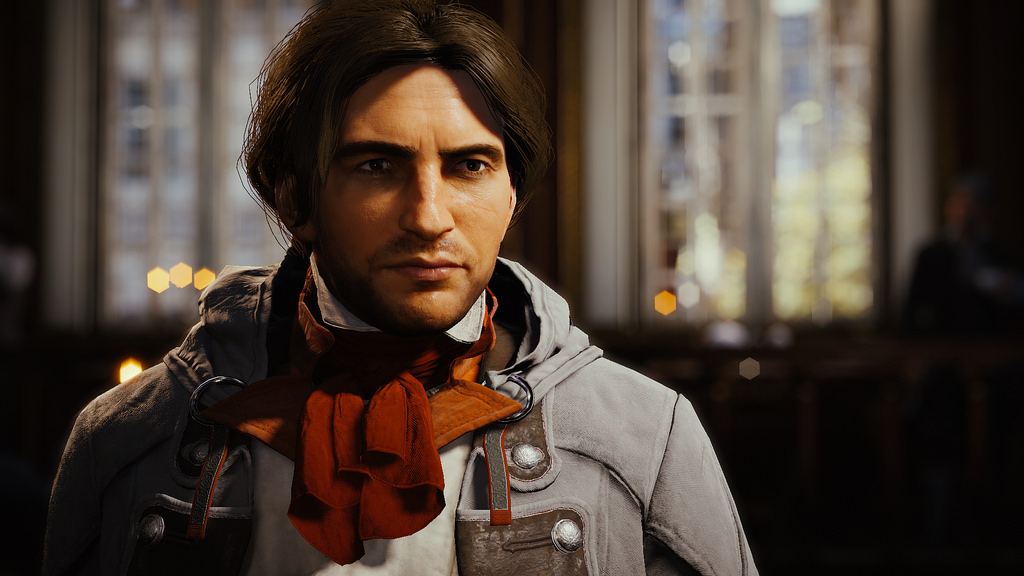 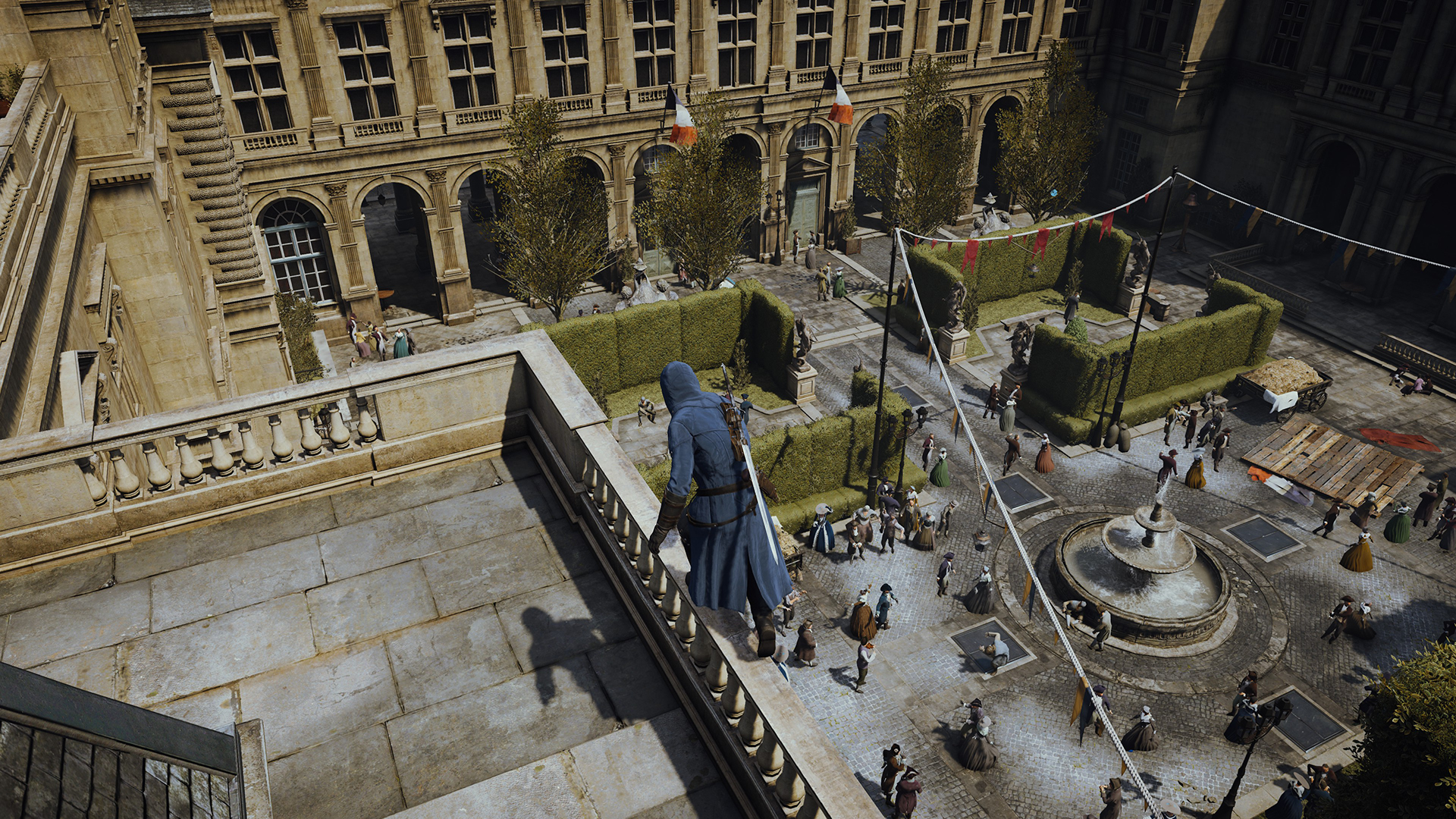 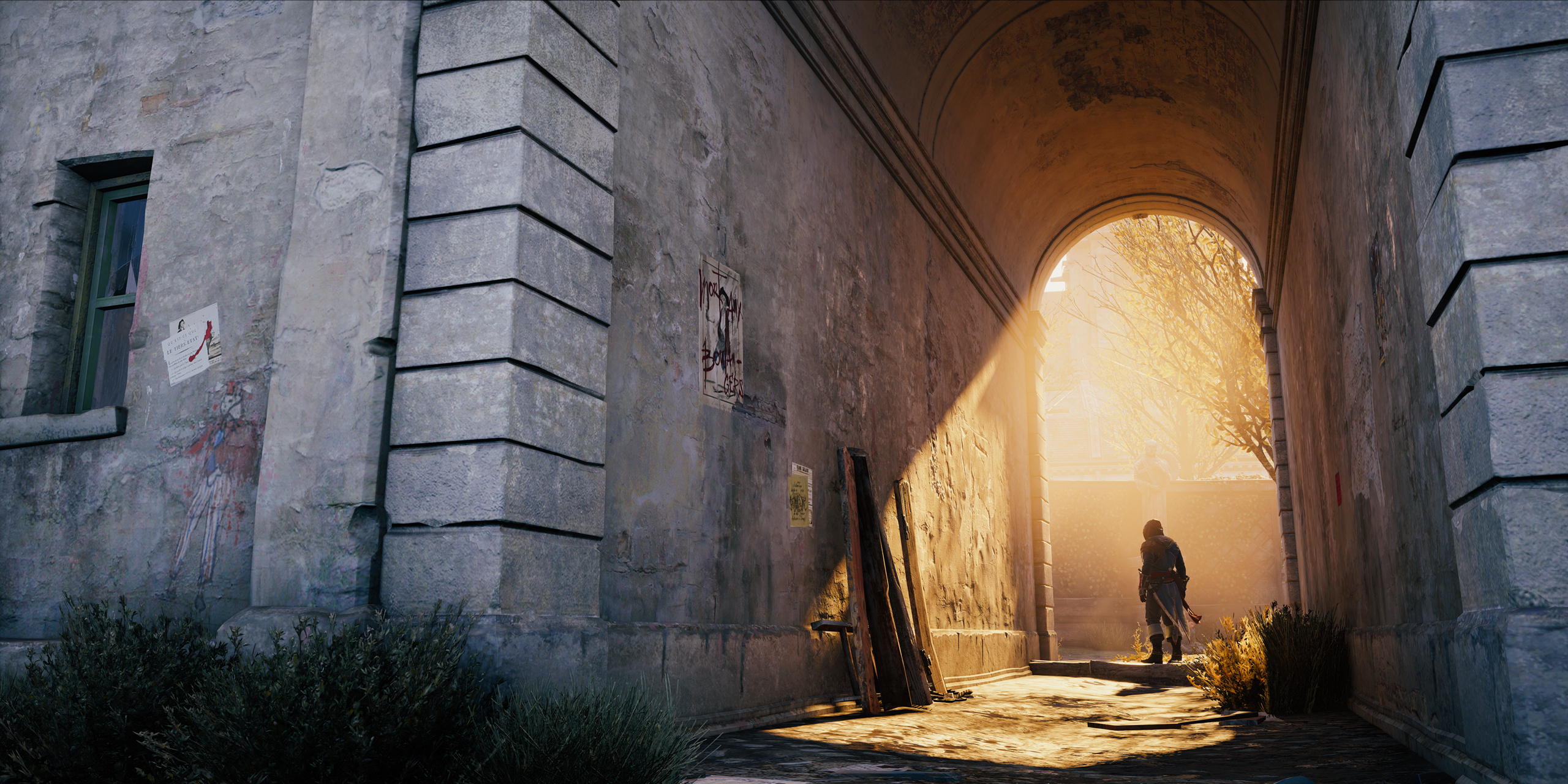 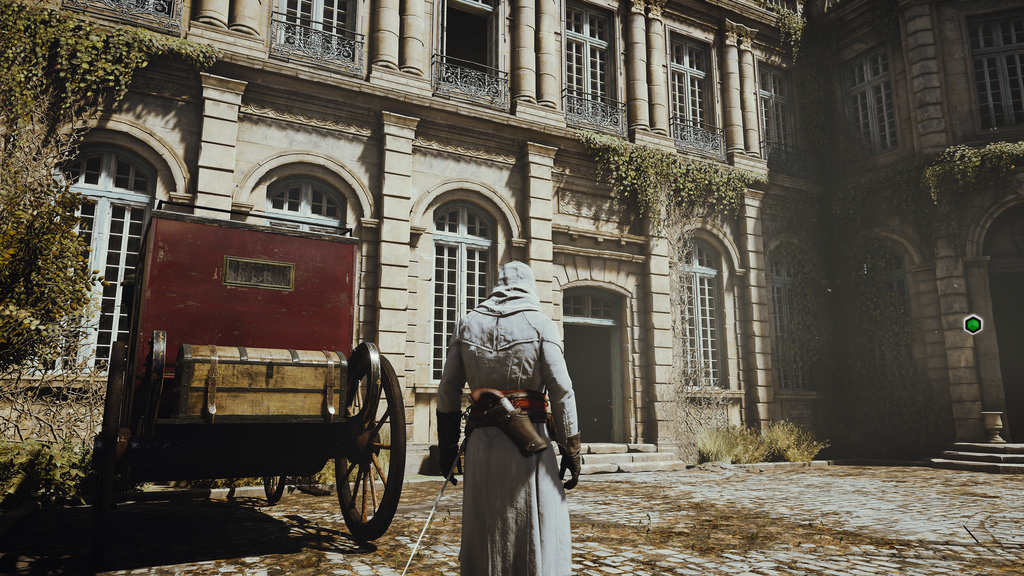 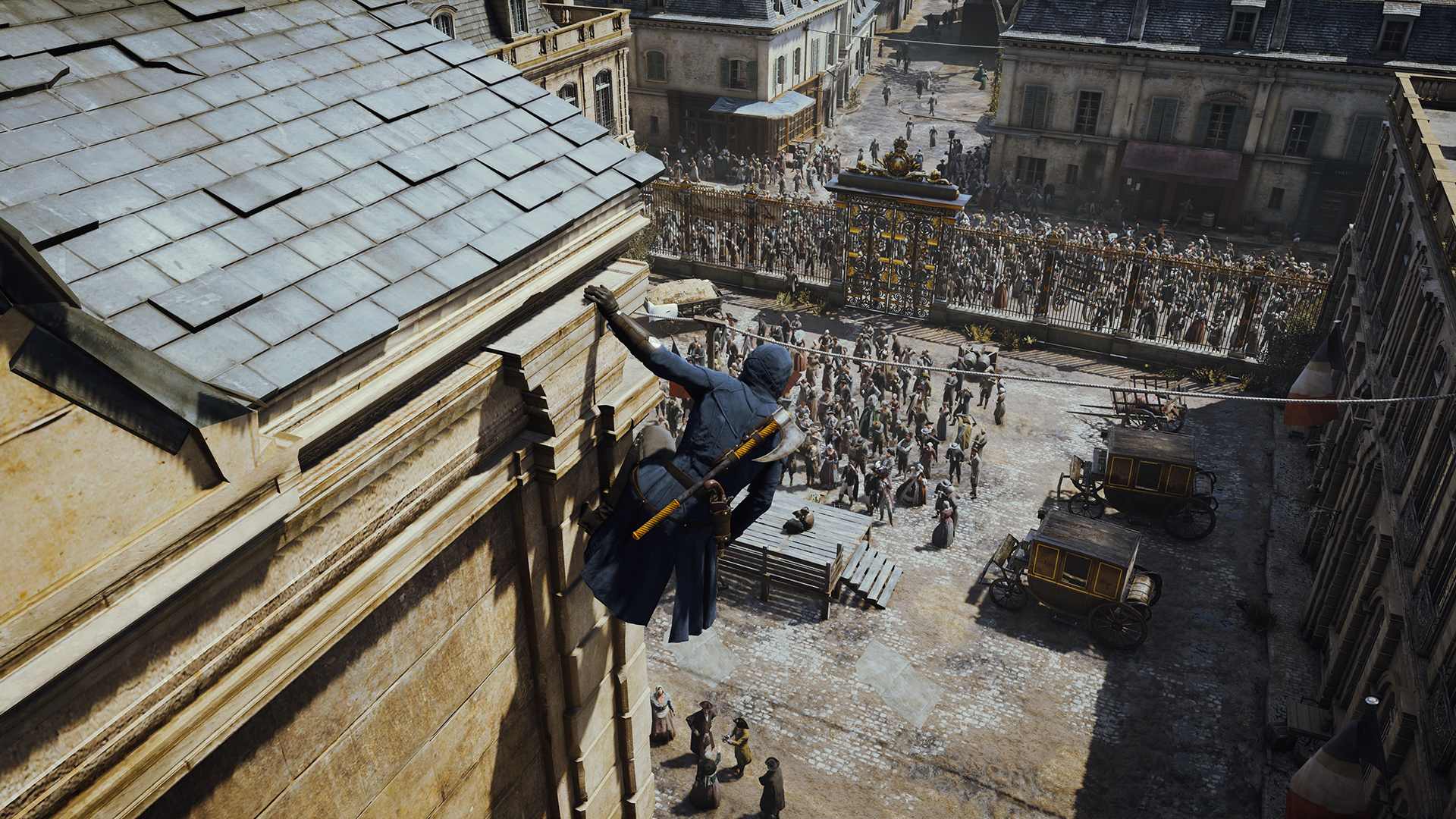 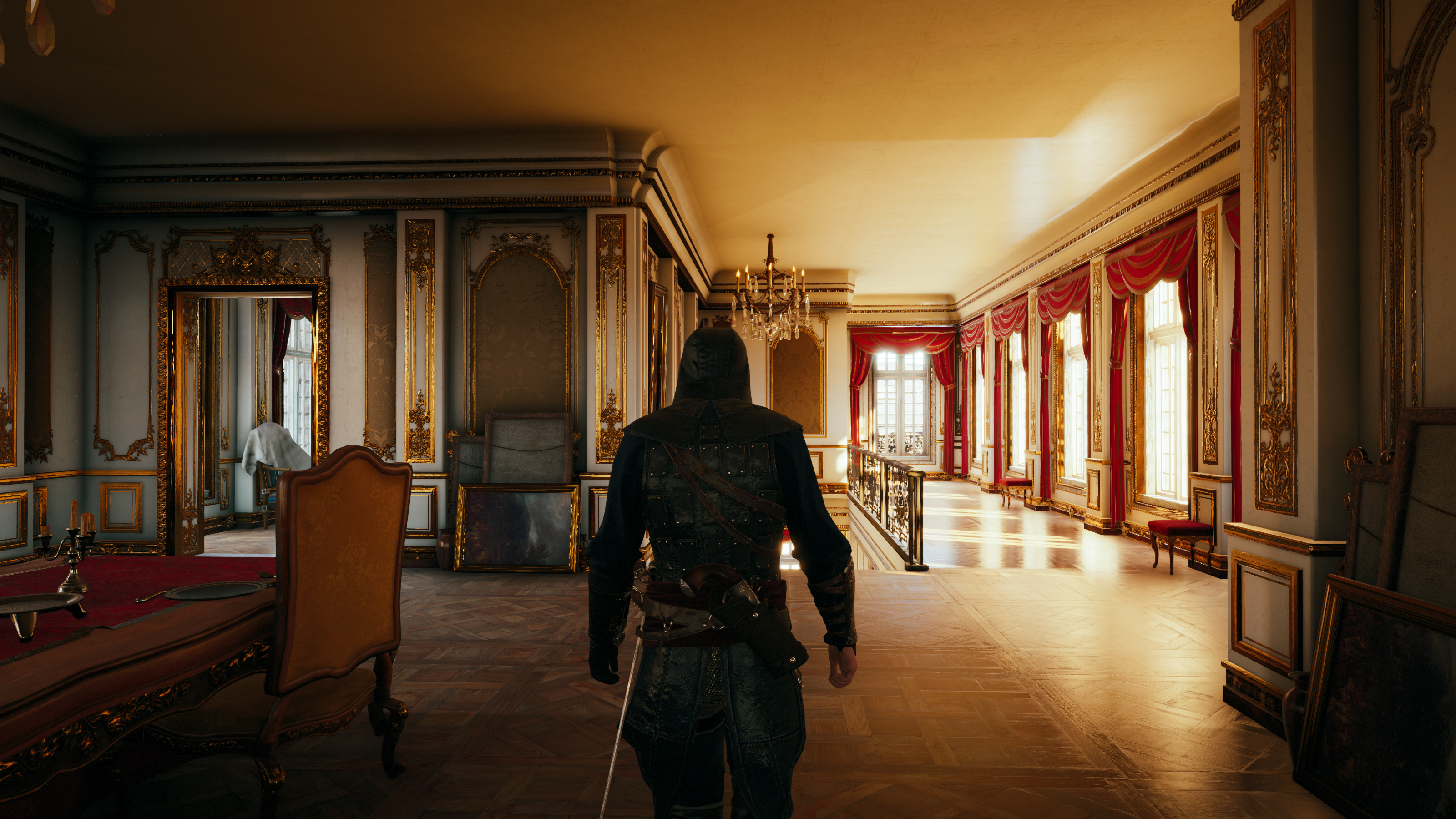 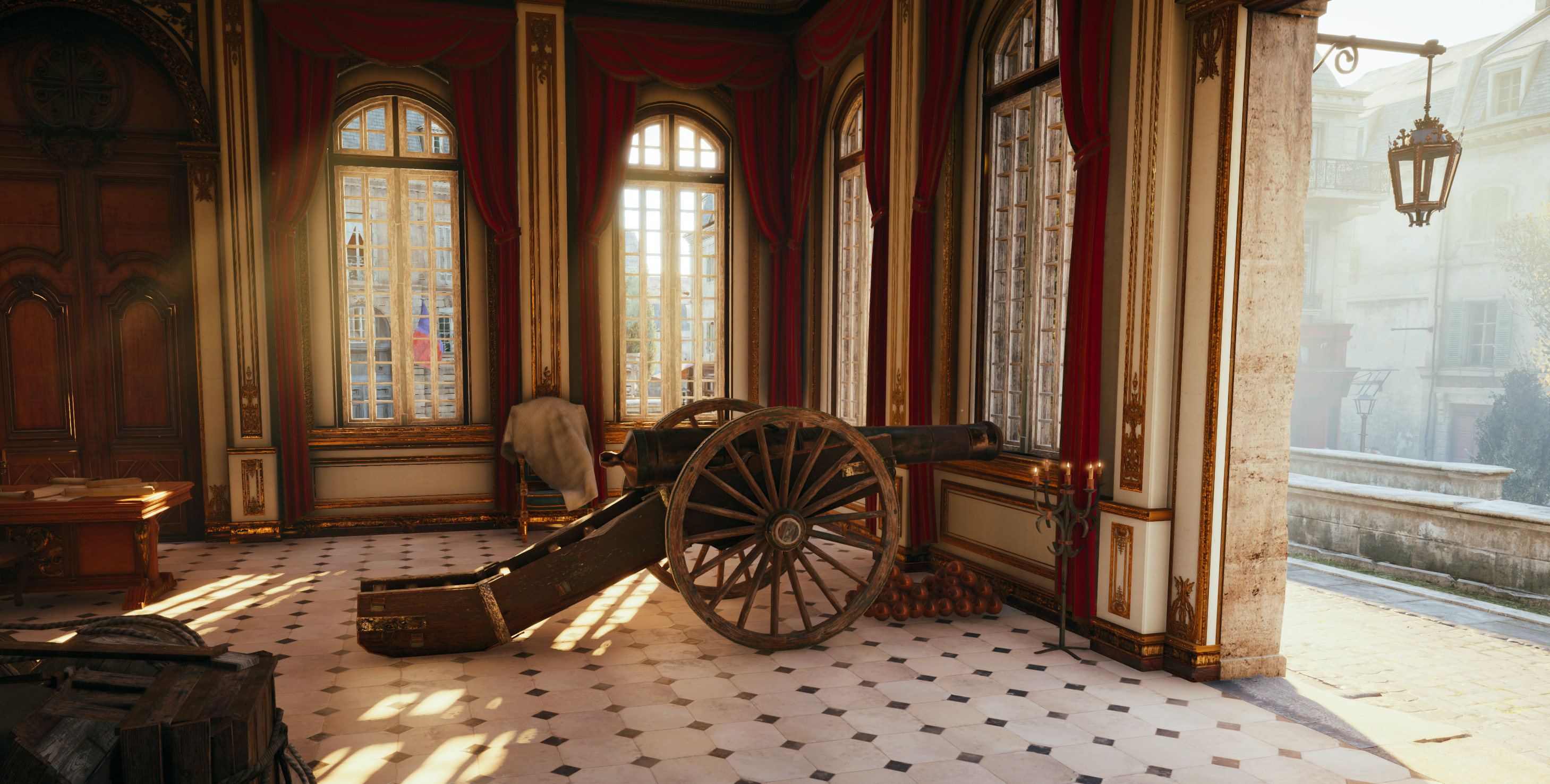 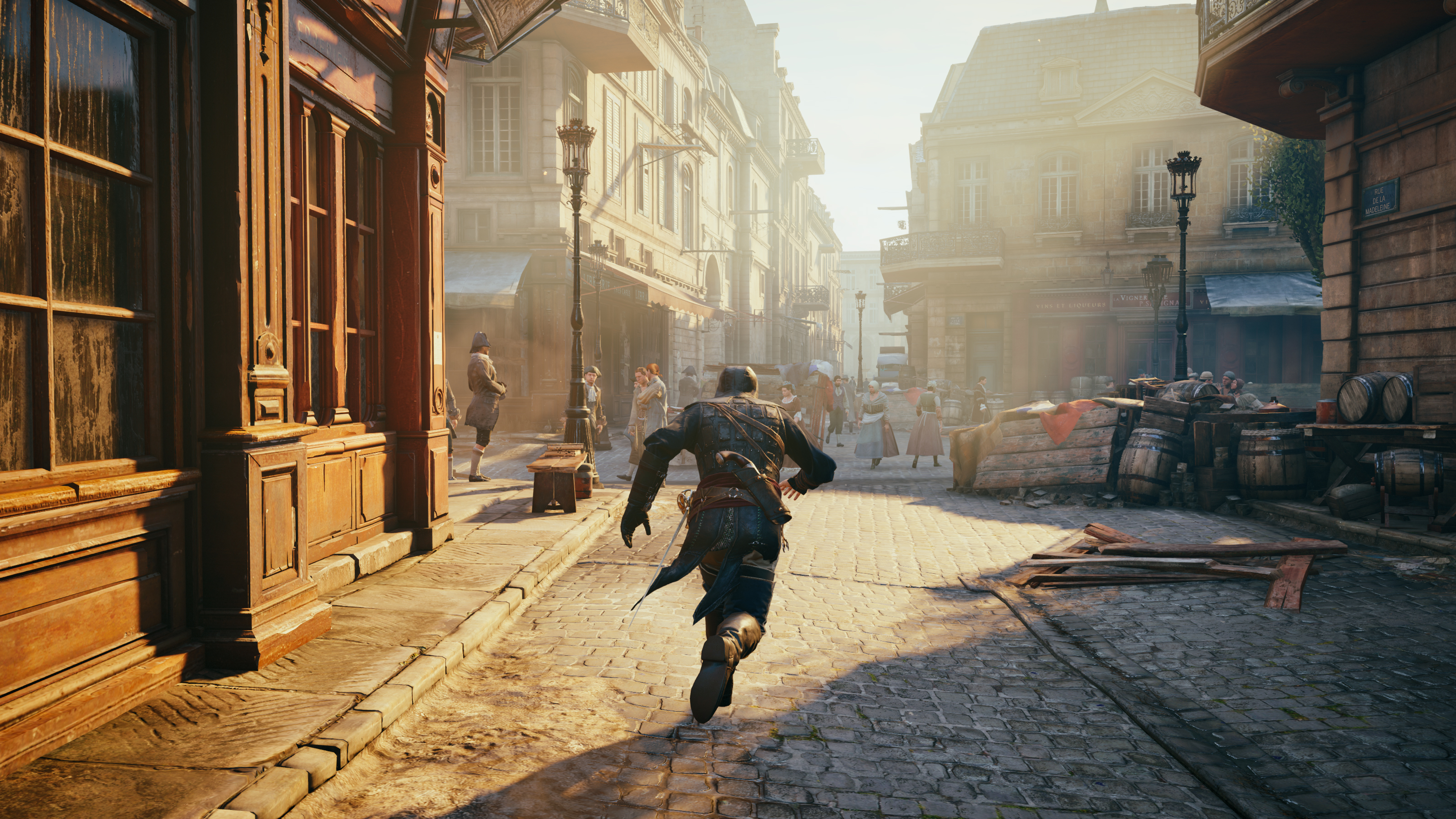 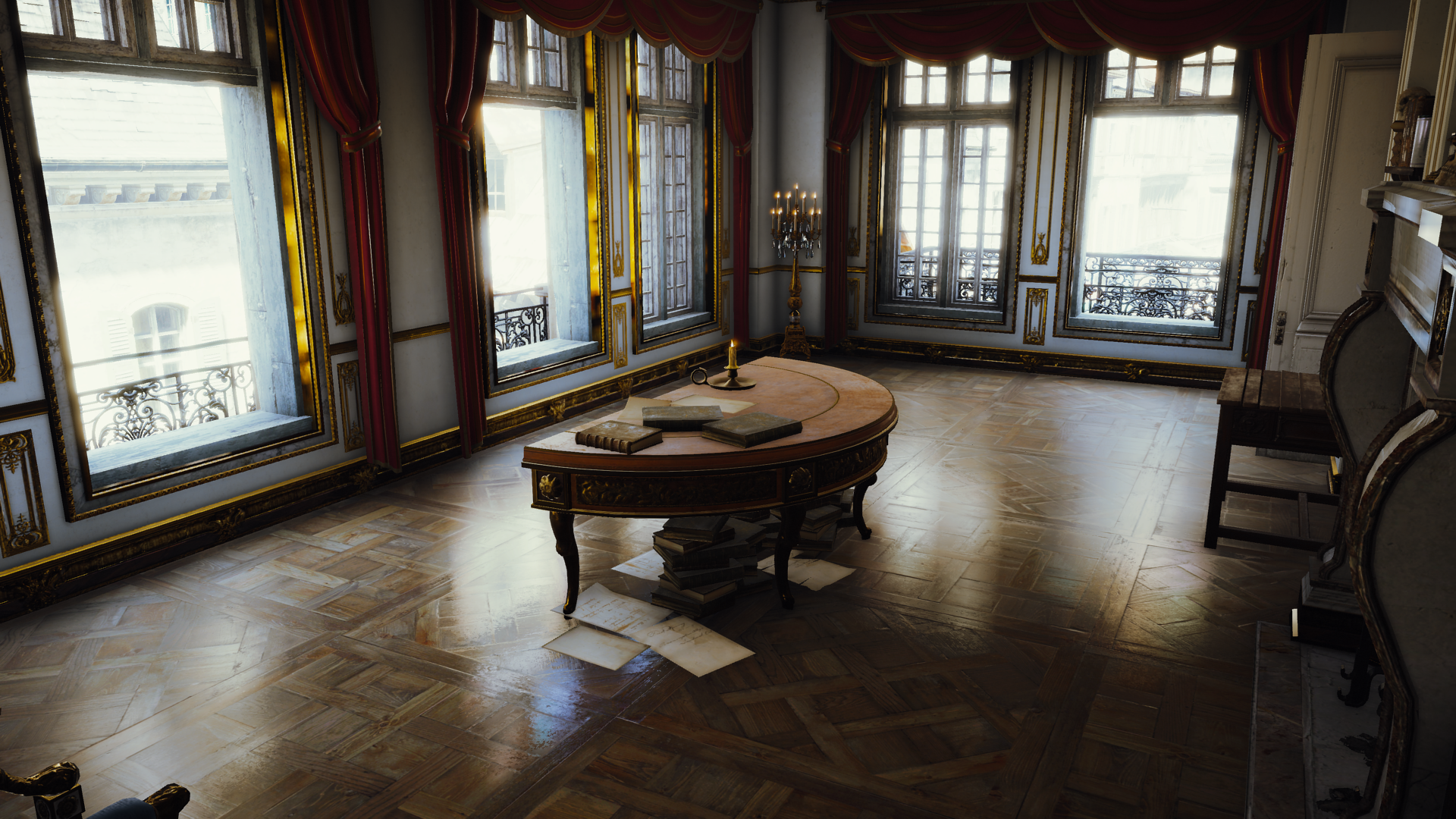 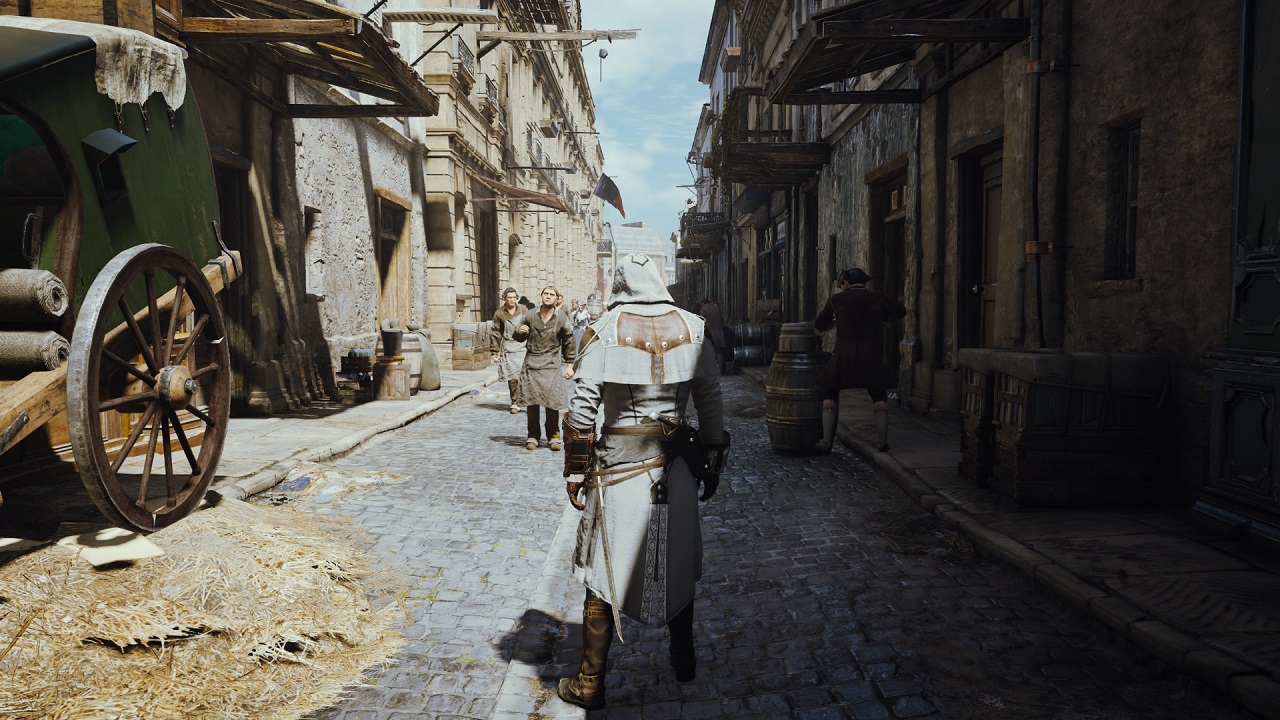 Note: The article’s title is similar to the thread on Neogaf since this is indeed a massive leap.