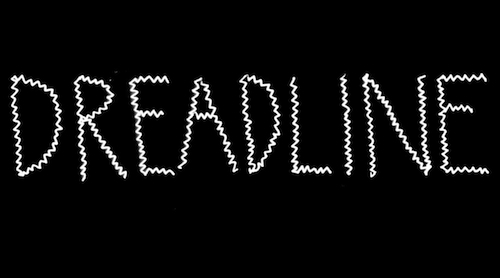 Dreadline sees a team of monters who turn up at catastrophic events, such as the sinking of the RMS Titantic, and put people out of their misery, much to the monsters’ enjoyment.

The first teaser trailer for Dreadline can be found on Steve Kiruma’s vimeo.

More information about Dreadline can be found on the official Eerie Canal website.