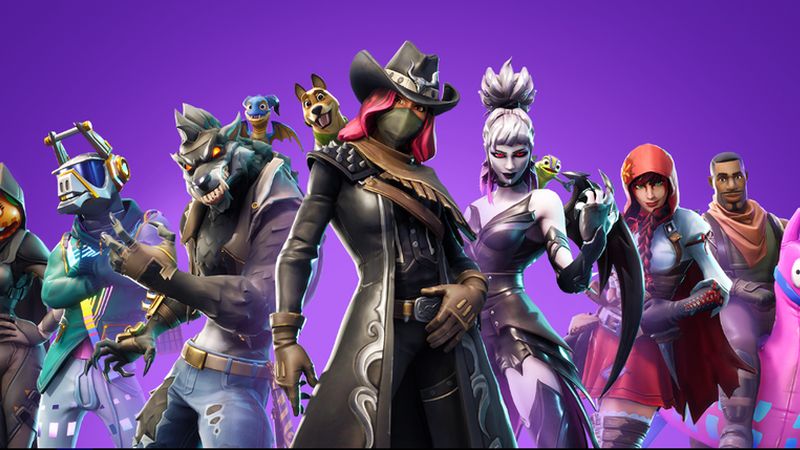 Epic Games may have delayed Fortnite’s Save the World mode’s free to play launch into 2019, but for now, the current game is running full steam ahead. Season 6 began with a giant floating island and spooky locations for the Halloween season, so it makes sense that now, a dedicated Halloween event will be going live on October 26th and lasting until November 4th.

As revealed on the PlayStation home page, Fortnitemares 2018 promises “spooky rewards” for those who finish its challenges. We’ll find out what those are when the event properly goes live. Until then, the developer has been teasing a number of possibilities for what the event could have in terms of content.

Tweets of incomplete pictures showcase an undead cowboy of some sort, which could be a new skin. The rhymes themselves could also hint at a new limited time mode for Fortnite: Battle Royale. It’s pointless to speculate given how good Epic has been at subverting expectations. Regardless, ’tis the season to be spooky, so stay tuned for more details. 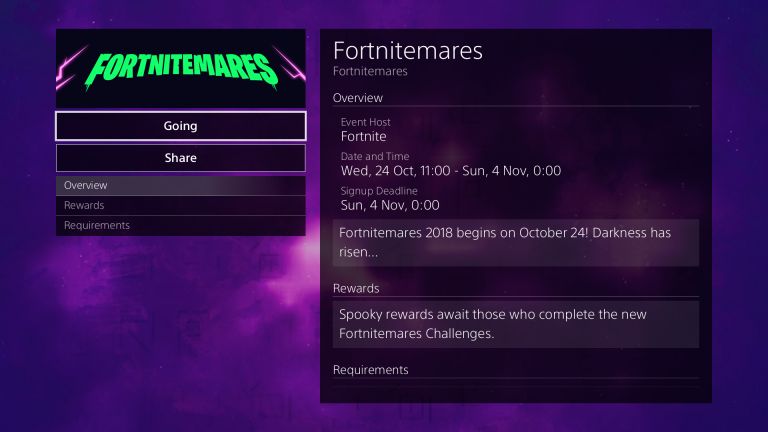 Costumes and dancing,
Partner up, be wise.
They could be friendly,
Or a ghoul in disguise. #Fortnitemares pic.twitter.com/vOasjQEj1k

Take the shot,
If you have enough to last.
The wind calls out,
“Fill your chambers, fast.” #Fortnitemares pic.twitter.com/y6jkzM0vnR