Everything you need to know about Freedom Planet 2.

Freedom Planet 2 is the follow up to 2014’s Freedom Planet, and like its predecessor is a combat-heavy 2D platforming game highly stylized like and taking inspiration from 16 and 32 bit games, such as Sonic the Hedgehog and Gunstar Heroes. It was first submitted to Steam Greenlight in February of 2017 and quickly made Greenlit status. The story takes place two years after the original game, and sees the cast facing a new threat.

A demo version of the game released on January 31st, 2017, and the “Sample Version” can be found even today on the official website. Originally set for release in 2018, the game has delayed to sometime in 2019. It is expected to launch first on PC before making its way to other systems.

Following the success of the original Freedom Planet, on December 25, 2015, GalaxyTrail announced that they would follow up their first major game with an immediate sequel. The team wanted to establish more of their own identity with the sequel, and so the cast from the first game would undergo a design overhaul by artist Tyson Tan.

While the first game would run on the Clickteam Fusion engine, the developers made the decision to move Freedom Planet 2 onto the far more flexible and prevalent Unity Engine. Christian Whitehead, famous for his work on Sonic Mania, is also involved with Freedom Planet 2, helping to program the title and assisting in porting the game physics into Unitys engine.

Later, on January 31st, 2017, a “Sample Version” demo was released on the game’s official website, allowing players to check out a tiny slice of the game. Little over a week later on February 10th, 2017 the game would hit the Steam Greenlight service and become greenlit by the community just a couple days later on February 14th. While it was estimated for a 2018 release before, on January 19, 2018 the estimate for release would be updated to sometime in late spring or early summer 2019. 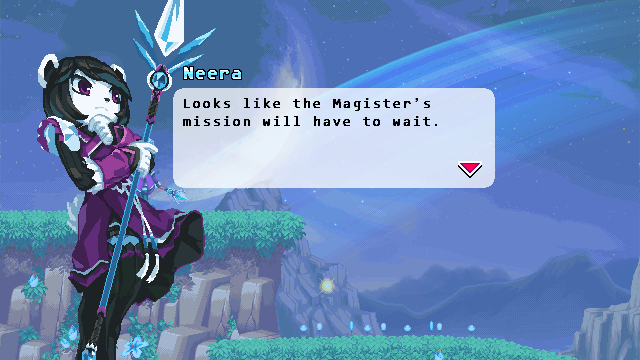 Taking place two years on from the events of Freedom Planet, which ended with the defeat of Brevon and the destruction of the Kingdom Stone, Freedom Planet 2 introduces a new threat in the form of Merga. Because the Kingdom Stone was destroyed, this ancient Water Dragon was able to escape her crystal prison at the bottom of the ocean and is out for vengeance.

As Merga moves to activate an ancient super weapon and turn it on the three kingdoms for her imprisonment, the three heroes of the first game find themselves on different sides of the escalating war. Lilac, Carol, and Milla all have their own reasons to fight, and players can follow each side of their story through multiple playthroughs. 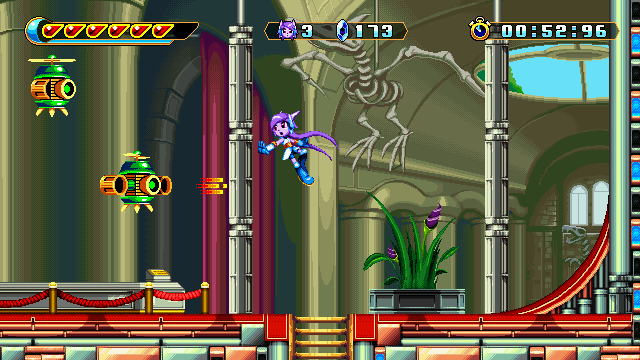 The gameplay of Freedom Planet 2 is largely familiar to players of the first game. The game is heavily inspired by 16 and 32 bit titles such as Sonic the Hedgehog and Gunstar Heroes, with a heavy emphasis on speed, momentum based platforming, multiple paths and combat. There are said to be roughly 20 stages in Freedom Planet 2, with each stage now being a single large stage instead of two distinct, smaller acts. Because of this change all stages will end with a boss.

There are also new changes being introduced to further differentiate the game. Hub worlds will be introduced, with NPCs to talk to and receive information and quests from. There will be multiple hubs which the player moves between with a world map. Cutscenes will preserve the previously seen fully animated sprites for special moments, with the rest of the game featuring stills and voice over, much like a visual novel. The collectable Star Cards from the previous game return as the major collectable, usually dropped by bosses and help mark your progression through the game.

In game abilities, including the ability to guard, preventing or reducing damage if timed right, and the ability to revive a fallen character where they were under specific conditions are introduced. A brand new system replacing the Sonic inspired Shields from the previous game is the Guardian Orbs system.

When the player collects a shield crystal, a guardian orb of one of the five elements, Water, Wood, Fire, Earth and Metal, is released and begins to orbit around the player. They exhibit similar abilities to the original shields, with additional benefits such as spawning health. The player can collect multiple orbs, which add to the player’s overall health. Speed Gates also present mini-speed challenges, asking the player to leave the longest trail they can at full speed to gain crystal shards. 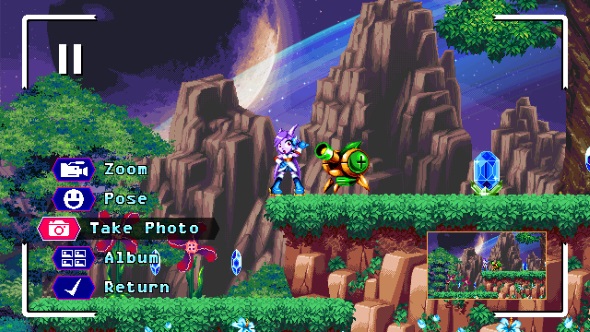 There are four playable characters for Freedom Planet 2 planned at launch, each with their own progression through the story. Sash Lilac is the central character of Freedom Planet 2. Lilac is a half-water dragon who isn’t quite sure where she came from. She’s a kind hearted, energetic young woman who is always willing to go out of her way, and even put herself in danger to protect people.

Her friend, Carol Tea is rather impulsive, which tends to get the group into trouble. Her and her best friend Lilac were living in a treehouse for years, stealing from the rich to support themselves. While she has a lazy streak, she’s fiercely loyal and can be counted on in a pinch. She’s not as naturally fast as Lilac, and so relies on her motorcycle to get to higher speeds, as well as for combat.

Milla Basset is an orphan who found Lilac and Carol during the events of the first game and quickly befriended the other two girls. She’s not the best socializer, having grown up mostly alone, but is a very generous person once that shell is broken.

Lastly, Neera Li was once a powerful enemy of Lilac. The Panda woman is a highly trained martial artist who is training the others and guides them on their own missions, while wielding her cryo-staff on her own. The new villain to the game, Merga is a Water Dragon, who was sealed in a crystal prison over 100 years ago.