The long-awaited side-scrolling platformer is still on track for September 13th on PC with the credits and a "few smaller cutscenes" left.

Originally planned for Spring, the platformer faced a delay for multiple reasons including the desire to release on multiple platforms.

GalaxyTrail has finally provided a release window along with a new remixed trailer which showcases updated visuals and the new world maps. 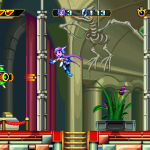 Everything you need to know about Freedom Planet 2. 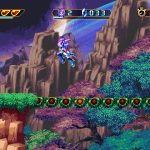 The Sonic-inspired platformer is looking great in the most recent gameplay video.