Posted By Leonid Melikhov | On 22nd, May. 2013 Under Article, Video News | Follow This Author @Rengarious

Today Sony has unveiled the official name for a previously teased game titled as Panopticon. However, with today’s reveal the game’s real title is Freedom Wars. Freedom Wars is exclusive for PlayStation Vita and will be coming out sometime next year.

Sony provided an interesting statement regarding the game’s genre as “Recovery multiplayer action,”.  This can mean a lot of things so its hard to guess on what this exactly will be like.

Freedom Wars is set in a dystopian future, in the year 102013 of the PT Era, which is 100,000 years from now. The brand new trailer trailer jumps back-and-forth between current events and Freedom Wars’s future.

Judging by the game’s trailer its safe to say that multiplayer will be co-operative and you will be slaying giant monsters. This might be Sony’s answer to a new Monster Hunter type game. Meanwhile, we will have to wait and see how it turns out , since current gameplay details are scarce. 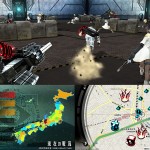 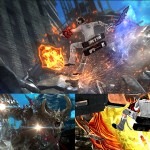 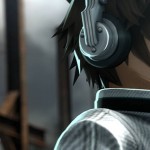 Let us know what you think of Freedom Wars in the comments below.