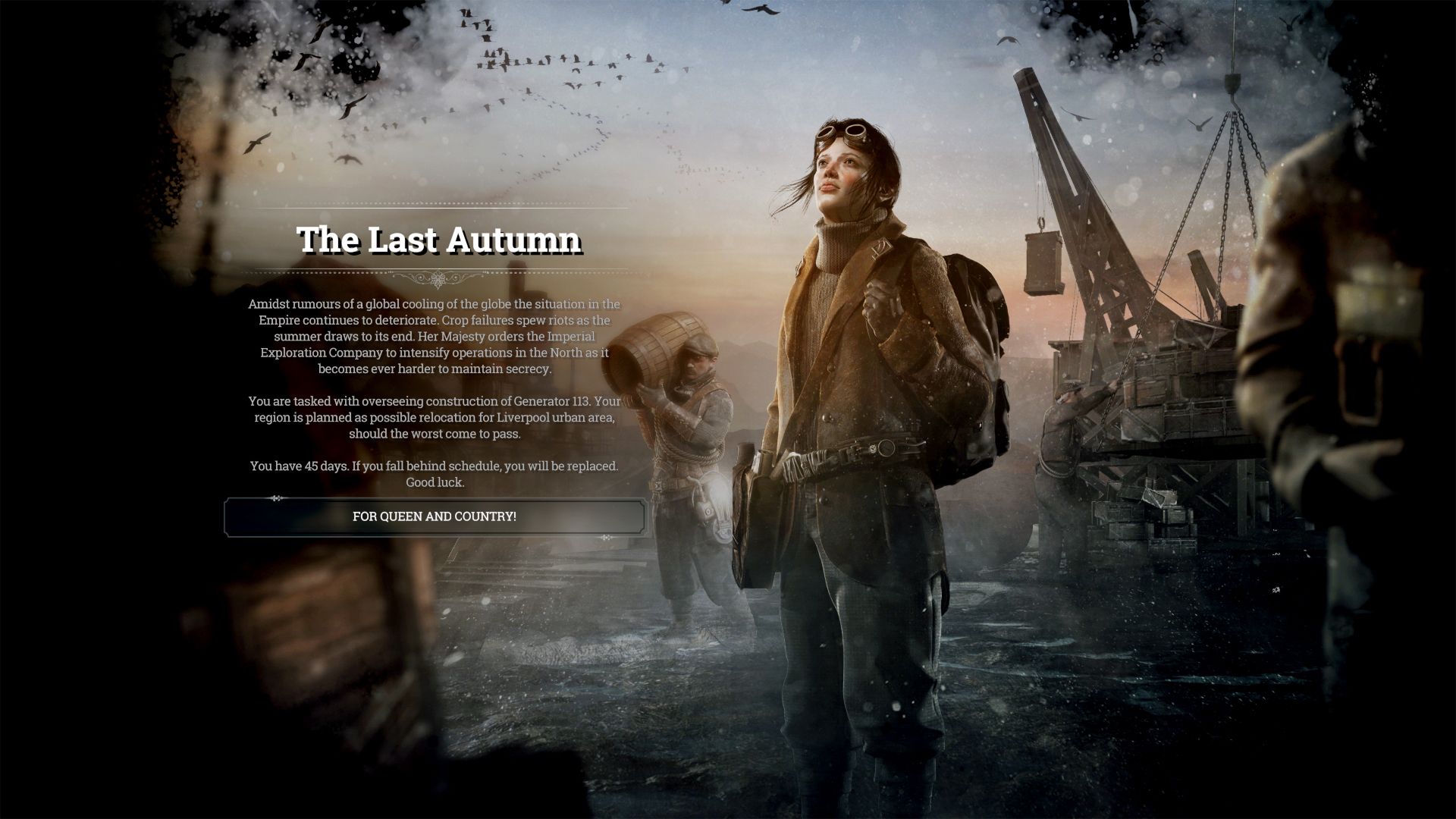 11 bit Studios’ traipse with post-apocalyptic winter survival continues as Frostpunk is set to receive a new expansion. The Last Autumn will release on January 21st 2020 for PC and offers quite a bit for players to sink their teeth into. Check out the trailer below.

Taking place before the disaster that saw the Earth frozen, The Last Autumn focuses on Site 113 as it tries to create the iconic Generator in time. Along with a new setting, buildings and technologies, there are also new Books of Laws to incorporate. There only 45 days to construct the generator so best make it happen if humanity is to survive the next Ice Age.

Frostpunk: The Last Autumn will release first for PC in January 2020. It will arrive on Xbox One and PS4 later. The base game is currently discounted by 60 percent on Steam while the Game of the Year Edition – which includes the game and Season Pass – is currently 47 percent off till December 19th.