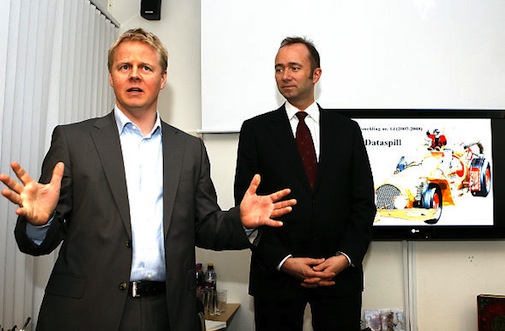 As recently reported, Aas wasn’t very big on the whole responsibility part of being a CEO. Nonetheless, since taking over the company, he’s lead it during more mainstream successes like Age of Conan.

Aas will be replaced by COO Ole Schreiner, who will take charge as CEO effective immediately. Aas will continue as an advisor to the board, though the exact nature of his new job is unknown.

Funcom rose to prominence with premier adventure titles like The Longest Journey and Dreamfall, both huge successes that many called a revival of PC adventure gaming. That didn’t really happen but Funcom continued onwards, bringing out MMOs like Anarchy Online, Age of Conan and now The Secret World.

They’ve also announced a new deal with Lego for whom they’ll be developing a new online title.

Tagged With: Funcom, The Secret World