We ask them about the Wii U.

We recently interviewed Fronzenbyte Games, the developers of Trine 2, and this is what they had to say when asked about how difficult it was to port Trine 2 to the Wii U, and how much untapped potential it has compared to the PS3 and Xbox 360.

“None whatsoever,” they said, when asked whether Wii U’s slower clock speed had an effect on porting. “The whole architecture is running very well and we were able to ramp the Trine 2 art to a higher degree than with the other consoles.

“So for porting no issues at all and there is a nice base for future original development too. Maybe some were looking for a larger leap in terms of pure power, but in the end I believe most developers will be quite comfortable with the system.” 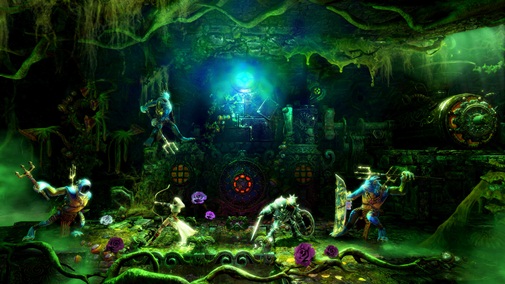 They also believe the Wii U has a lot of potential but they mentioned that Nintendo mostly designs a console based on what their first-party games offer, and have their own standards.

“Absolutely, but again in a very different direction that Nintendo has always been known for. They create their own standards and have huge IPs to fall back on. As for untapping the hidden power of new consoles.. I think Nintendo personifies that in all of their first party titles, regardless of the actual CPU or GPU performance.”

Several developers have been pretty critical about the Wii U’s memory speed and some even called it horrible. We had also reported that the Wii U’s GPU clock speed is slower than the PlayStation 3 and Xbox 360. You can check that report over here. Our full interview will be posted soon. Let us know in the comments section below.