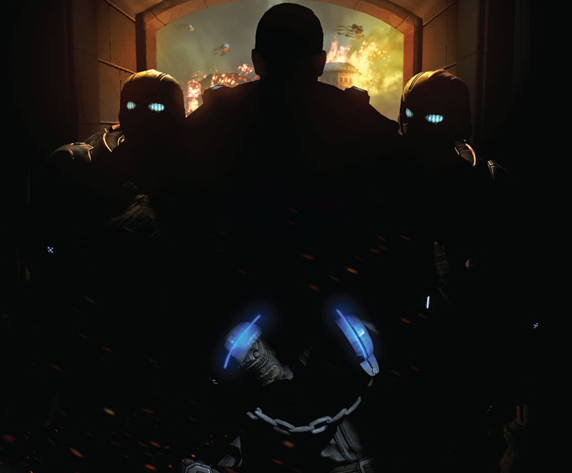 Oh stop it, Microsoft. I don’t think I can take the shock of this announcement.

Game Informer is teasing the cover to its August issue (yes, August), and it is, in their own words, ‘the next Gears of War game,’ which they can confirm will be for the Xbox 360.

They aren’t letting on any more than that, encouraging us to decipher the cover using whatever we know about the Gears of War universe.

Of course, the announcement of a new Gears, Forza, Fable, or Halo title is no longer met with the kind of rousing applause that was once characteristic of all three, as Microsoft continues to milk the four franchises for all their worth. You know, since they’re the only Xbox exclusive franchises worth a damn anymore.

We’ll have more for you as we learn more. Presumably, the title will be unveiled this E3, but we’ll see.

UPDATE: Two things: one, Game Informer just updated its own story, since it appears to have made a mistake. This is the cover for the July issue, not August.

Two, the title will in fact be unveiled fully this Monday at Microsoft’s presser. Goodie.