Because nothing with Duke Nukem can ever be simple. 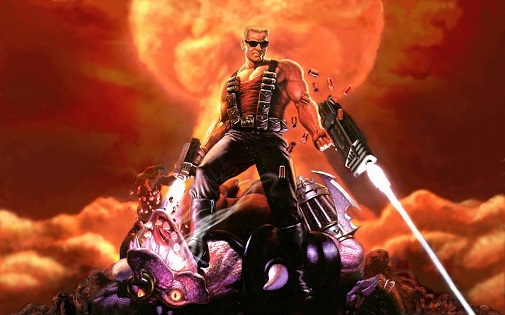 After the game had spent over a decade in the worst kind of development hell/limbo, Gearbox Software finally managed to finish Duke Nukem Forever and get it released. The game sucked, but at least it was out.

One of the stipulations of that entire arrangement was that Gearbox apparently got all future rights to the Duke Nukem IP. So when 3D Realms and Interceptor announce Duke Nukem: Mass Destruction for the PlayStation 4 and PC earlier this month, a top down isometric RPG starring the King, Gearbox was understandably unhappy. And now they are suing the two companies for unlawfully ‘exploiting [Gearbox’s] IP.’

“Recently — and without consulting the Duke IP’s actual owner, Gearbox — Interceptor announced its intent to develop a Duke Nukem game based upon the various characters, content and intellectual property owned by Gearbox,” the official complaint reads. “Apparently, after selling its Duke Nukem IP rights to Gearbox in 2010, 3DR sought to privately convince others that the sale never happened. The result is the unauthorized development effort that reportedly exists between 3DR and Interceptor.”

Well, more drama around a brand that is now entirely irrelevant. Stay tuned, I guess.