Fortnite has been on top of the world for a long, long time now. It’s claim to being the most popular game in the world as things stand right now remains undisputed, and since the summer of 2018, it has constantly been on top of the weekly charts for Xbox Live’s most played games. However, as spotted by a user on ResetEra, that run has come to an end.

Currently, Gears 5 is the most played game on Xbox Live, and has become the first game in over a year to dethrone Fortnite. To be more specific, this is Gears 5’s Ultimate Edition we’re talking about here, which has been available since September 5th. It’s a very impressive feat for a number of reasons. For starters, dethroning Fortnite in and of itself is an impressive accomplishment. Then there’s the fact that Gears 5 seems to have its player count split across two versions on a technicality.

The achievement becomes that much more impressive when you think of the major releases in the last few months that have been unable to dethrone Fortnite. The likes of Red Dead Redemption 2, Call of Duty: Black Ops 4, Forza Horizon 4, Battlefield 5, and Apex Legends – to name just a few – all were unable to knock Fortnite off the perch. Gears 5 being available via Game Pass is sure to have helped- but then again, Apex Legends is a free-to-play title, and it couldn’t do what Gears 5 has done. This is almost certainly going to be a temporary thing, but it’s still quite impressive.

Gears 5 is out now for Xbox One and PC. Make sure to check out our review through here to see just how much we liked it (we liked it quite a bit). Also read our in-depth technical analysis to see how we arrived at the conclusion that this is one of the best looking games ever made. 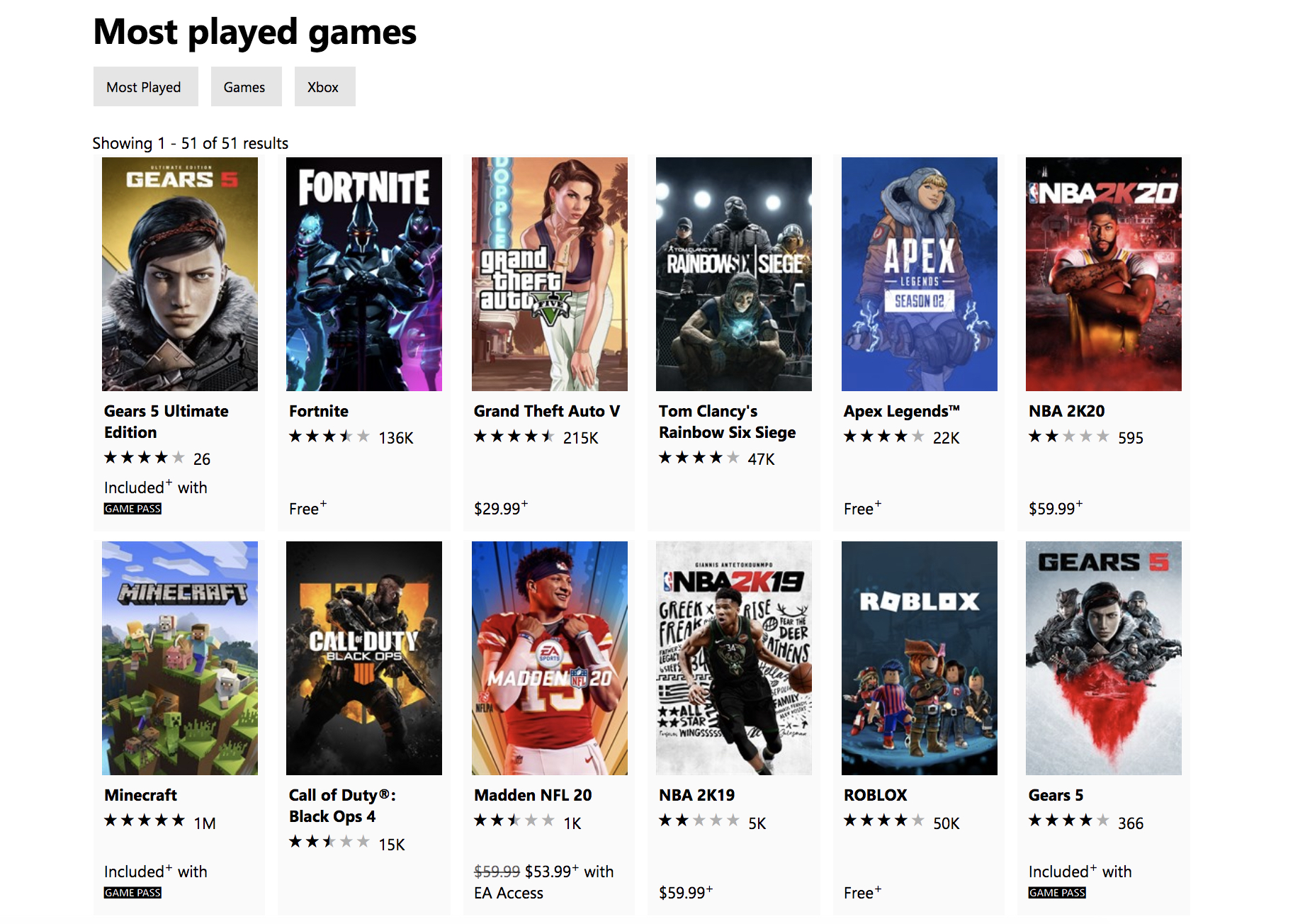