Gears of War 3: 10 Facts that everyone should know

As far as straight dialogue is concerned, I’ve always found the Gears of War games to be a hit and miss affair. There’s a lot of good in there, and then there are one two many “I’ll shoot ya’ll in your asses” sort of moments. With sci-fi author Karen Traviss (who also wrote three enjoyable Gears of War novels) penning the game’s script, it seems like Gears 3 will have the strongest script of the series yet. 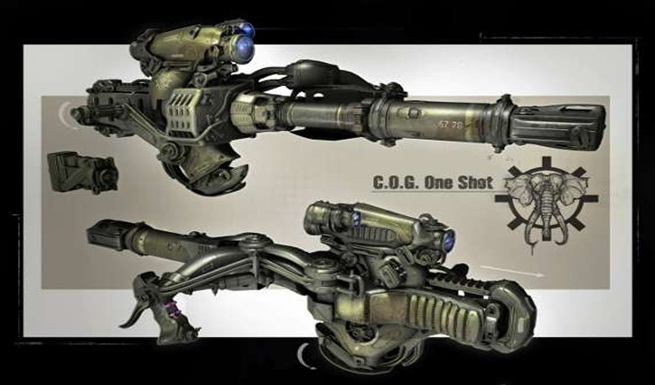 The Gears games have always been known for their killer weapons, and Gears 3 looks like it won’t be an exception to this rule. Variations on old classics like the incendiary grenade, a pre-cog war lancer with a bayonet attachment, the one shot sniper rifle and the sawn-off shotgun are set to make an appearance. There are also a whole host of entirely new weapons like the digger launcher and a mech battle suit that players can use. Variety is truly the spice of death.

More is always a good thing so, when it comes to more multiplayer modes being included in Gears of War 3, there’ll be smiles all around. Though they are variations rather than completely new game types, the inclusion of the team deathmatch and capture the leader modes look like they’ll keep the Gears of War multiplayer experience fresh. Team deathmatch is a warzone variant that sees teams sharing a pool of thirty lives before being eliminated from the game. Capture the leader on the other hand is a mixture of the guardian and submission modes, with players having to capture and drag the opposing teams leader into a score zone.

Any game with a public beta will have a better online experience. The data collected from large scale betas helps enormously when it comes to adding new features and balancing out a game’s online mode. Having had such a beta, Gears 3 seems set to have the most stable online play ever seen in the series. Epic have also taken on board criticism levelled at the first two games and have included dedicated servers, meaning the game won’t suffer from the occasional lag that many found in GoW 1 and 2.