That VideoGame Blog state that Epic games have just confirmed that the newly announced Gears of War 3 will feature four-player campaign co-operative play.

The news first originated from an IRC chat with designer Rod Fergusson and was later confirmed by design director, Cliff Bleszinski.  “4player integrated story co op in the campaign!” as confirmed via Rod’s twitter.

The co-op campaign is set to feature all four members of the delta squad as well as a “variety of other characters”. 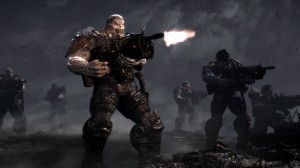 The additional development time has allowed Microids and Koalabs to feel "confident about delivering the game ...

Fans of action-adventure games have a lot to look forward to, and here are 15 games that you should keep an ey...