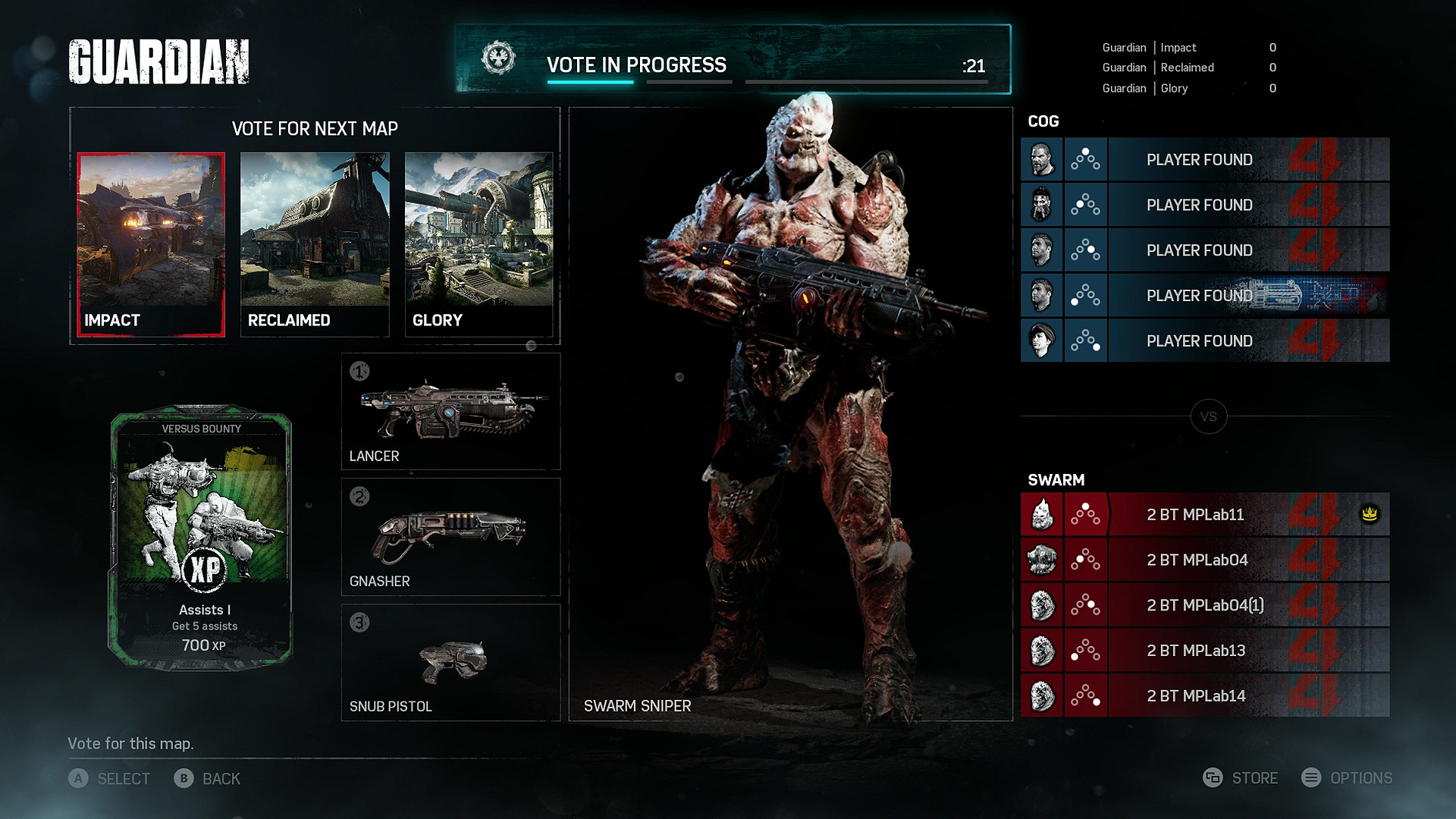 The Coalition’s Gears of War 4 will be changing how it handles ranked multiplayer in the coming months. The developer announced the addition of Seasons. Each season will last “a few months” with placement matches, ranks and moving up and down depending on how well you perform.

It’s still unclear how long each season will last but ranks will reset when each season ends. There will be rewards like weapon skin sets to earn for each tier with Bronze, Silver, Gold, Onyx and Diamond ranks. The overall mode will also have a new skill-based system to improve the overall rankings.

“This updated version of our Skill Ratings should improve the accuracy of your Tier Placements, and take more of your Skill over time into account. When this system goes live, you may find your initial placement Tier is higher or lower than expected compared to Season 0. This is actually a more accurate representation of your skill (and performance in your placement matches) so brace for potential changes!”

Team balance will be examined in a future update. Another update due in the coming days will make it so that “while players from different tiers will play together at times – teams should now be much more evenly balanced tier for tier.”

What are your thoughts on these changes? Let us know in the comments.

Tagged With: gears of war 4, the coalition, windows 10, Xbox One