Everything you need to know about Gears of War 4.

At E3 2013, Microsoft made it very clear they were interested in the Gears of War series though at that time there weren’t any rumors about the company eventually purchasing the rights. Phil Spencer talked about how long running and popular the series had become, pointing out there were very few games that had managed to have three direct installments in a series at that point, as well as Gears of War: Judgement.

The company has not announced an official release date, though the game is expected to be released during the Holiday season of 2016 and Microsoft has said it will be releasing a multiplayer beta in the summer of 2016. Those who purchase Gears of War: Ultimate Edition will get a code that grants them early access to this beta. 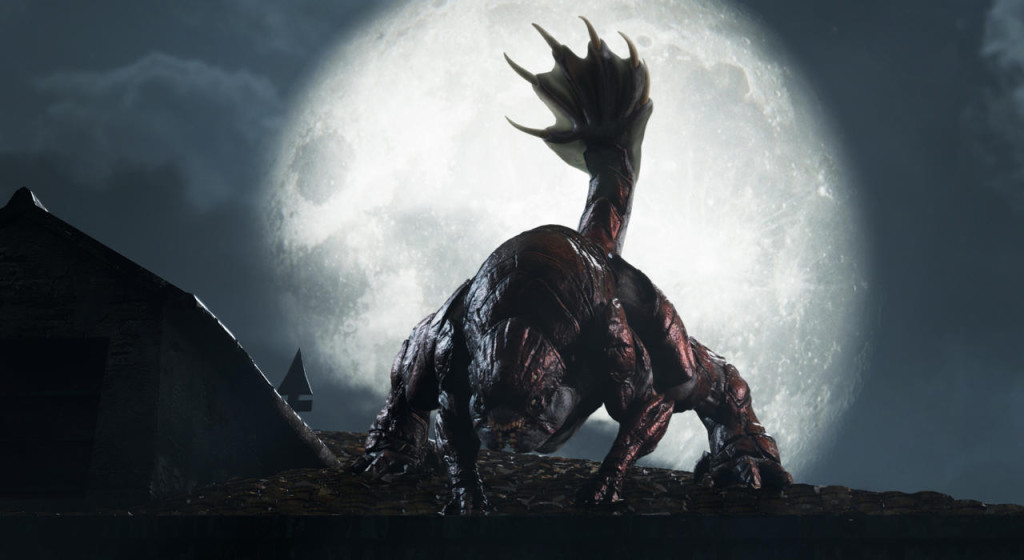 There aren’t a lot of specifics about the story behind Gears of War 4 but the developers have talked about the tone they want this game to take. The Coalition’s Rod Fergusson talked about the fact that the development team wanted to bring back the feeling that the main characters in the game are afraid of the “boogeyman.” Over the course of the series the alien enemies became something that weren’t feared nearly as much as they in the very first Gears of War. This game is going to have a darker and grittier tone that focus on the fear of these creatures instead of just seeing them as the enemy combatants. This was one of the reasons the reveal trailer wasn’t all about characters just shooting as much as possible. This is also the reason why the game is focusing on two new characters instead of using one of the battle hardened soldiers like Marcus Fenix we’ve seen before in the series.

Because this is a continuation of the Gears of War series there will be some sort of story that will have the soldiers fighting against some sort of alien invasion force. The trailer shows the main characters hunting some sort of creature that doesn’t appear to be an enemy soldier but is clearly not of this Earth. The pair are shown stalking around a very dark castle with gothic influences and players must use flashlights to illuminate certain obscured areas as they go on the hunt for the creature.

While we don’t know exactly which planet these soldiers are spending time on, the planetary setting is a forested world overlooked by a pair of brilliant white moons and this could be Sera or another planet entirely. Both characters are seen wearing COG (Coalition of Ordered Governments) armor which stands out because the COG was ended in the events of Gears of War 3. It is not known whether the COG was brought back or whether this game is supposed to have events that run parallel with another game in the series. During the official demo, the protagonists mention that they are changing from hunters to hunted. The demo implies that the characters are originally called to hunt down the beast or den of beats they encounter, a mission that may be military, civil, or for sport. It’s unknown whether the pair are hunting down a new form of Locust or just an animal. 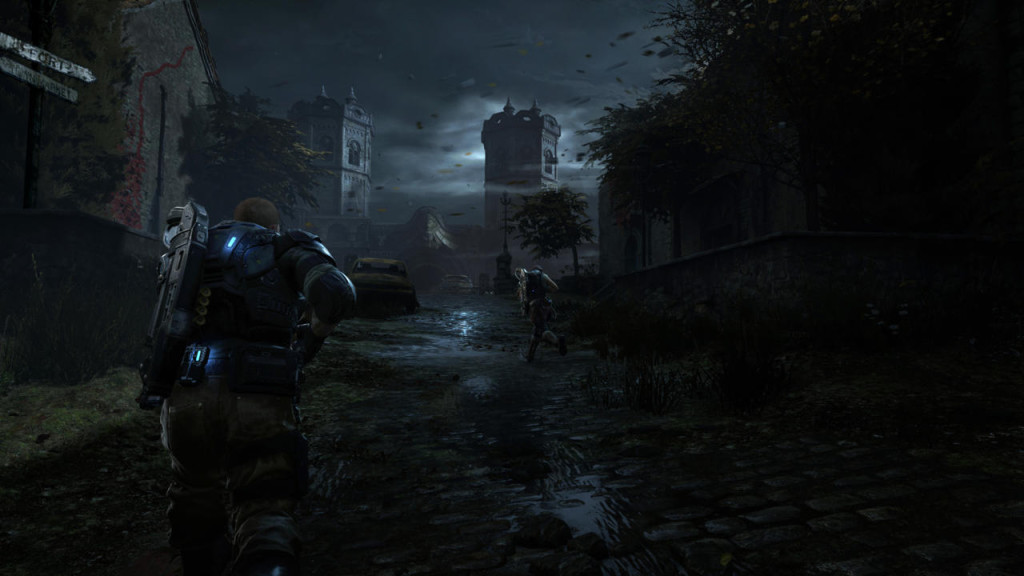 Gears of War 4 will be played from a third person point of view, just like the other games in the Gears of  War series. The developers have made a note of the fact that there will be only two playable characters at a time rather than the four the series had moved to in Gears of War 2 & 3. They have also said they wanted to get back to the format of the original game and that only having two protagonists increased the scare factor.

The gameplay will include a split screen multiplayer function that will allow for couch co-op as well as online co-op play. It can be assumed we will see a number of weapons that have already made an appearance in previous versions of the game since the main characters are also a part of the COG. In the official reveal trailer we see a few weapons that are recognizable such as the Gnasher shotguns and Lancers.