The Coalition's enhanced "remaster" of Epic's cover shooter is a rollicking, if imperfect, good time.

Gears of War: Ultimate Edition is finally here but honestly, it feels like it never left. The Coalition has taken a swing at updating Epic Games’ breakout third person shooter for the current generation and this means a boatload of visual improvements.Is that enough to sustain the Ultimate Edition though, especially considering some of the more annoying aspects of the original remain?

If you’ve never played a Gears of War title, then the story is fairly straightforward. Evil(ish) Locust arise from the crust of Sera and wage open war against humanity. Marcus Fenix, a COG soldier imprisoned for deserting his post, is bailed out of jail by his friend Dominic Santiago in order to fight against the menace. There aren’t many twists and turns here and for the most part, it feels like a straight military operation tale. 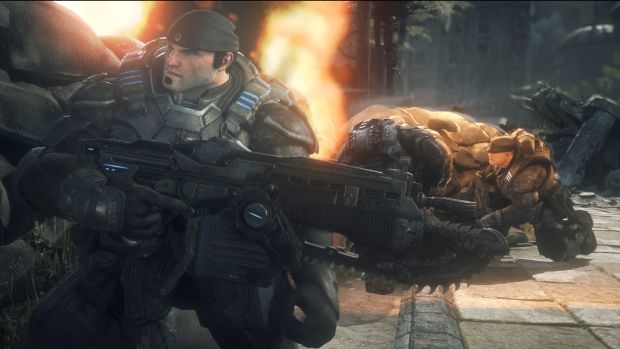 "If you last left off with Gears of War 3 or Judgment, you’ll be right at home here. Everything is responsive, though even as a veteran of the series, I still found myself sticking to walls when I didn’t want to."

The effect of the Gears’ actions on the world and the beauty of the destroyed world tell a larger story, which the visuals ably assist in. For the most part, some character aspects didn’t feel fleshed out enough. You won’t quite understand the deal with most characters in Delta Squad – especially why Baird is an enormous asshole – nor will Anya be much more than a pretty voice on the radio. In terms of characterization and emotion, this isn’t Metro 2033 Redux.

However, it’s not a complete vacuum of a plot like Destiny either. The motivations of the Locust beyond simply hating humanity, the sneaking suspicion that there’s more going on than we think, what’s effectively the set-up for humanity’s struggle against the Locust and much more are done pretty well here without hammering too much exposition. If we didn’t know better, we’d say this is setting up a highly successful series of games down the line. Everything else is just as you remember it – tons of blood, Lancer chainsaws, Active Reloads, the works.

Since the biggest change in Ultimate Edition are the visuals, it should be noted that they’re beautifully realized on the Xbox One. Water physics look gorgeous and atmospheric effects, real-time lighting and the sheer detail in the environments is light years ahead of the original Gears. For all the praise we offer though, it should be noted – this isn’t the best looking current gen exclusive. The 60 FPS frame rate, one of the more significant changes, isn’t consistent all throughout with some noticeable drops at times. Animation glitches also pop up now and again. That being said, when vicious battles are erupting or you’re silently walking through an abandoned power station, the graphics hold up very well. 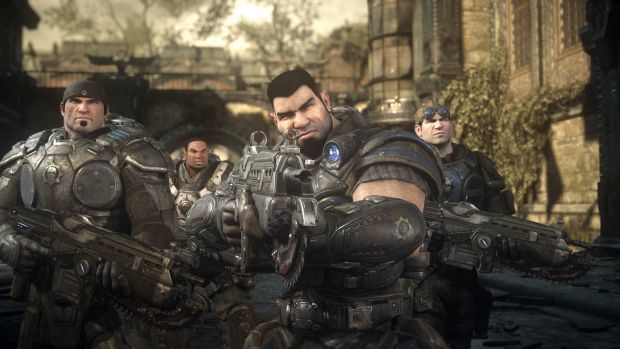 "Sometimes they would hang around the door for a room I entered and refuse to move. Other times, they ignored my commands in favour of tackling the enemy mano-a-mano. However, the worst offender was Dom."

If you last left off with Gears of War 3 or Judgment, you’ll be right at home here. Everything is responsive, though even as a veteran of the series, I still found myself sticking to walls when I didn’t want to. The “A button = rolling, moving to cover, sprinting” may irk some players but it’s still very tight overall. Cover shooting is a joy as always and the game does a great job mixing up its scenarios – both in terms of “boss” battles and set-pieces – while sticking to its core shooting gameplay. However, there isn’t much that deviates from the core formula that we’ve experienced for nearly a decade now. Those wanting a new twist on the standard Gears formula won’t find that here. And for those who found the cover shooter gameplay tedious the first (or second or third) time, Gears of War: Ultimate Edition won’t change your mind.

Now if only the AI were up to snuff. There weren’t many problems with the enemy AI – it was responsive, advanced when it saw an opportunity to assault, flanked me more often than not and took advantage of numbers and wide open terrain to press the advantage. For example, I would find myself pinned down by Hammerburst fire while Gnasher shotguns closed in for the kill. I also found it awesome that some enemies – like Theron Guards – would retreat if overwhelmed. There were times where enemies like Wretches would simply idle around and wait to be killed but those were few and far between.

It was my fellow AI comrades whom I took issue with. Sometimes they would hang around the door for a room I entered and refuse to move. Other times, they ignored my commands in favour of tackling the enemy mano-a-mano. However, the worst offender was Dom. All was fine and dandy when the game started but along the way, I noticed Dom rushing into kill zones much more frequently.

I witnessed him assault General RAAM head-on. If that weren’t enough, he ignored my orders to retreat more often than not and often went down in the worst possible places (read: out in the open with five guns and a Troika trained on him). To say that Dom was a creative nuisance near the end-game is putting it best; at worst, I couldn’t wait for the hailstorm of misery he was set to encounter in later titles, simply because of the frustration he caused here. Of all the things to fix, couldn’t Dom’s kamikaze attacks be toned down even slightly? 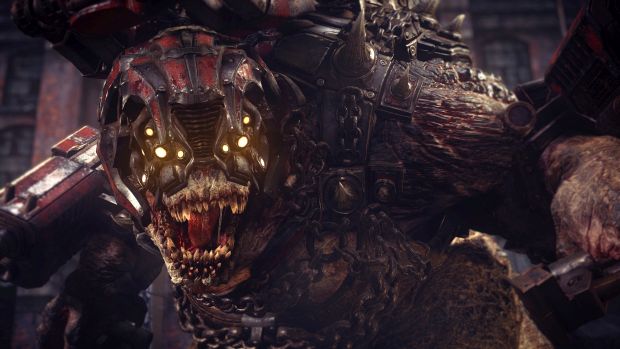 "Gears of War: Ultimate Edition is ultimately worth the descent into chaos for Xbox One shooter fans and on top of presenting the ideal mix of new and old, it can be flat-out fun."

The orchestrated soundtrack, which mixes trumpets and percussion elements with deft pacing, setting the tone one moment and literally bursting with terror the next, is just great. And say what you will about the Locust and their effectiveness as foot soldiers but when it comes to inspiring fear, they do a great job with their signature shouts, hisses and screams. Wretches are pretty much cannon fodder but their visceral yells can still make you uncomfortable. The FX also extend to the gun sounds and telltale chirping of a Torque Bow – there’s never a moment in Gears of War: Ultimate Edition which doesn’t sound just perfect. Even the voice acting, for all of its clichéd macho dialogue and tough guy intonations, works well for the game.

In the end, it’s the length of Gears of War: Ultimate Edition which could be somewhat of an issue for single-player fans. The campaign can be finished in a good 10 to 12 hours on Normal difficulty and there’s not much reason to go back except playing on higher settings and collecting COG tags (which unlock different Gears of War comic books to read).

Sure, there are a few alternate paths to exploreand co-op gameplay will doubtless prove a blast for many fans, especially with some of the scenarios, like fighting Kryll at night, offering interesting twists with two players involved. But that’s pretty much it and makes me long for Horde mode all the more. At least multiplayer doesn’t feel tacked on and The Coalition has done quite a good job at offering tons of options to players. Dedicated server support ensures strong responses at all times and I found little issue in matchmaking across different modes. Social and Competitive matches are on offer with the latter feeling more relaxed but rewarding smaller XP gains while the latter is diversified into modes like King of the Hill and Assassination with better XP gains but penalties for quitting.

The multiplayer definitely isn’t for the faint of heart and it will offer a much different experience from Halo or Call of Duty. On the one hand, it can be infinitely more tactical as you struggle to outmaneuver skilled sharpshooters or just get a leg up on your enemy position-wise. However, it can also become a close quarters fight to the brutal death with shotguns. The variety of maps from the tight corridors and waterways of Canals to the wreckage-strewn, open air Gridlock is also extremely compelling across different modes. It definitely isn’t for everyone but spend enough time with it and Gears of War: Ultimate Edition’s multiplayer can be a ton of fun.

It’s those who aren’t that much into multiplayer that may tire of the Ultimate Edition quicker. Playing the game before New Year’s nets you Gears of War 1 to 3 and Judgment though they’re not remastered in full HD visuals and cutting edge textures. Gears of War: Ultimate Edition is ultimately worth the descent into chaos for Xbox One shooter fans and on top of presenting the ideal mix of new and old, it can be flat-out fun. Many issues still remain but for what’s effectively a heavy visual remaster of a very good game, Gears of War: Ultimate Edition suffices and then some. The pressure is on for The Coalition to really step things up with Gears of War 4 however.

Some animation glitches and frame rate drops from time to time. Friendly AI can be erratic while Dom's is downright rage-inducing. Not much new for veterans of the series and not much for single-player/co-op fans beyond campaign mode. Controls can be a bit clunky in twitch situations.

Final Verdict:
GREAT
Gears of War: Ultimate Edition isn't the Xbox One's killer app but it's a good addition to any shooter fan's library. Some mechanics have begun to show their age but as a whole, it's a worthwhile and fun experience.
A copy of this game was provided by Developer/Publisher/Distributor/PR Agency for review purposes. Click here to know more about our Reviews Policy.