A barebones upgrade doesn't detract from all that Genshin Impact has going for it otherwise.

The impact of Nintendo’s seminal 2017 title The Legend of Zelda: Breath of the Wild is now felt pretty resoundingly on open world games, with multiple titles borrowing liberally from it. But the first game to really deliver an all new experience in that same vein was Genshin Impact, Chinese developer miHoYo’s free to play open world action RPG, which delivered a shockingly high quality experience that would have passed muster as a full priced premium game, and as a free to play one, ended up delivering an experience far beyond what most of its peers were offering.

Genshin Impact was praised for a lot of things – how beautiful it looked, with a striking anime-inspired art style backed up by some rather impressive tech; its high production values, including the soundtrack and voice acting; how well it emulated Breath of the Wild’s formula, while adding its own spin to it, to deliver a compelling entry into the open world canon; and for an impressive combat system that actually put it towards the top of the genre on that front.

On the PS5, this is more or less the same the exact same game as it was on the PS4. It’s still a shockingly sprawling and full featured content rich open world game that can give you many hours of entertainment without you needing to spend a single dime on it. It’s still got great world design, beautiful graphics, extremely entertaining combat mechanics, and some of Breath of the Wild’s best qualities, including the whole “go-anywhere” style of open world progression, as well as gliding. But simultaneously, it also retains a lot of the same problems the original game had as well – including a glut of systems (necessary to maintain a free-to-play economy), an extremely confusing and claustrophobic UI, late game grind that seems designed to induce the player to spend money to be able to progress, the baffling absence of gyro controls, and some extremely annoying characters (most notably, the mascot character Paimon). Basically, if you want to learn more about Genshin Impact as a game, you should check out our original review for the game that accompanied its PS4 release – almost all of our complaints and praises from back then apply in equal measure to the game right now.

"On the PS5, this is more or less the same the exact same game as it was on the PS4. It’s still a shockingly sprawling and full featured content rich open world game that can give you many hours of entertainment without you needing to spend a single dime on it."

There is one area, however, where Genshin Impact on PS5 is a marked improvement over the PS4 version, one area where it is notably different and addresses some flaws the original game had. You see, this game did not run well on PS4. PS4 Pro users had it a little better, but the original PS4 version of the game had stuttering, lag, pop in, missed inputs, and abnormally long loading times, that made even the prospect of quick travel (something that is integral to an open world game, and which Genshin Impact actually highlights in any case) unappealing. The core design of the game is great in many ways, of course, which is why it became so popular in spite of all of those troubles (plus, as mentioned, the PS4 Pro version ran far better). But those technical problems existed nonetheless, and marred what was otherwise a shockingly high quality and refined experience.

On PS5, those problems have been fixed. The game is much better optimized for the system, and other than minor pop in (which comes with the territory of an open world game of this scale, to be fair), none of those problems are present here. No stuttering, responsive controls, and powered by the SSD, the loading times can be measured in mere seconds now. Fast travel is actually fast! Imagine that.

In and of itself, this makes the PS5 version a substantially better proposition for PlayStation players than the original version was. Happily enough, the game also supports cross-save and cross-progression with the PS4 version (but not the mobile, PC, versions, nor, presumably, the upcoming Switch version, thanks to Sony’s cross-play shenanigans), so if you started on your PS4, and want to move to the PS5, you can without losing any progress. 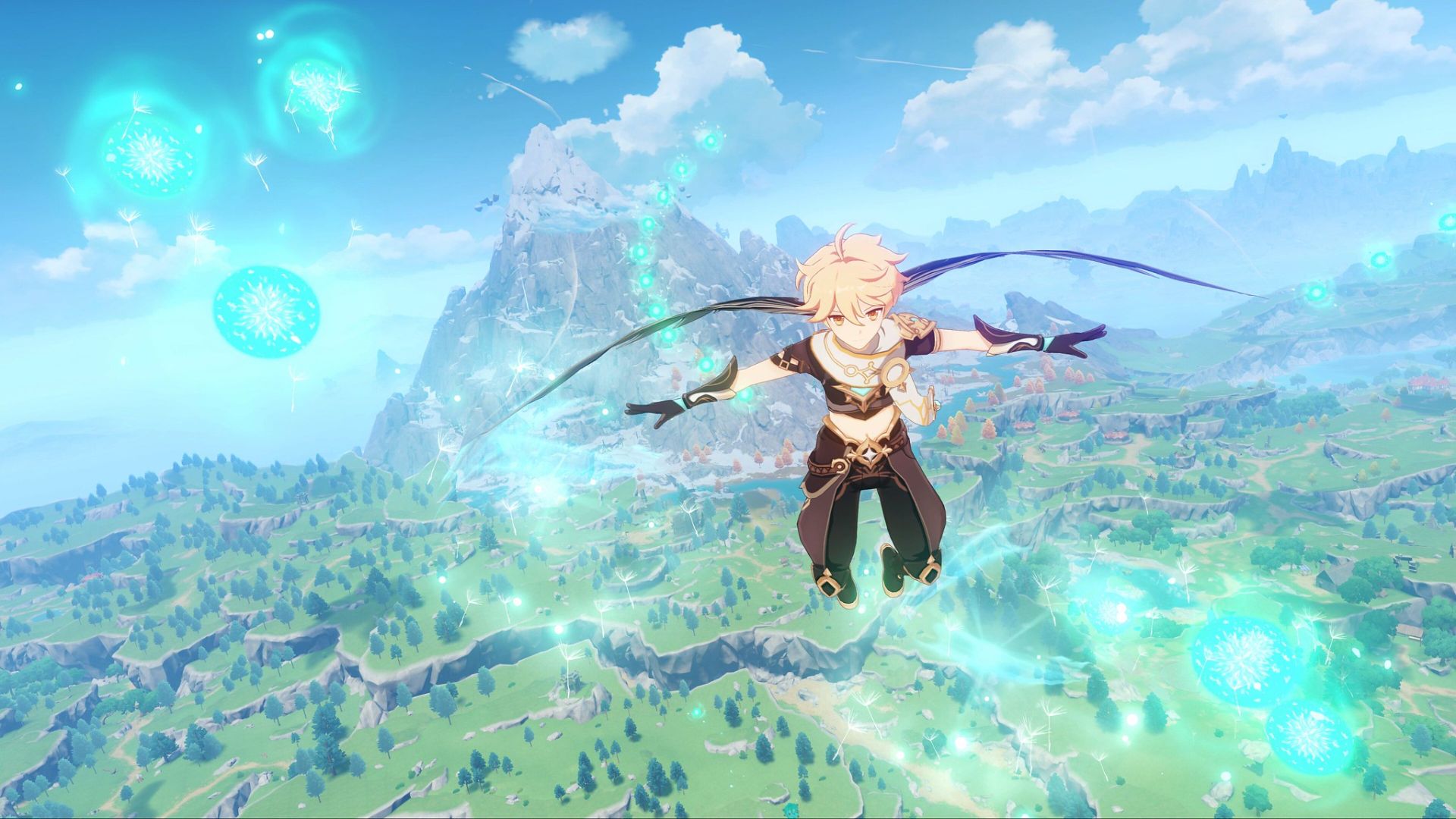 "If you’ve never played Genshin Impact before, you should check it out – it’s free, after all, and it’s really good. But I would heavily encourage you to forego the PS4 version and check it on the PS5 to the extent possible."

That said, the PS5 version also brings a few improvements of its own to the mix. The most important of this is the graphical upgrades – the title is now running at 4K and 60fps, which is a massive improvement over the original. As I mentioned previously, it was an arrestingly beautiful game to begin with, but it’s even prettier now, which makes exploring its breathtaking world that much better. That apart, the game also supports the DualSense’s haptics – but very minimally. The vibrations in general are subtle and rarely used much (I don’t remember them ever being used in the middle of combat, which led to my attacks feeling curiously light), so even the usage of haptics doesn’t really feel too impressive or special. No other PS5 feature is really used here that I have been able to tell – the adaptive triggers or activity cards aren’t used, and you don’t even get different graphical options or modes to choose from (the update to the visuals is as is). And for reasons that elude me, there is still no gyro aiming.

Of course, as I’ve mentioned before, the existence of these problems doesn’t detract from the game’s merits. It’s gorgeous, it’s got shockingly high production values, the combat and exploration gameplay loop is extremely entertaining, and it’s systemically very dense as well. If you’ve never played Genshin Impact before, you should check it out – it’s free, after all, and it’s really good. But I would heavily encourage you to forego the PS4 version and check it on the PS5 to the extent possible (assuming you’re not trying one of the other versions, of course). If you have already played this breakout hit before, you’ll be pleased to know that on PS5, in spite of some missed opportunities to address a lot of the game’s issues or to improve on it in several meaningful ways, the improvements that are brought to the table are just enough to make this the definitive way to play this game on console. Get ready, adventurers – Teyvat awaits.

Extremely high production values; looks gorgeous; great combat; retains and builds on many of its inspiration's best elements, such as the go anywhere nature, and gliding; rapid loading times

Heavy handed monetization the further into it you get; glut of sometimes confusing and overlapping systems; some extremely annoying characters; lack of gyro controls; minimal upgrades for the PS5 version beyond 4K and 60fps graphics

Final Verdict:
GREAT
Genshin Impact remains an unbelievable proposition as a free to play title, and the PS5 version of it remains the best way to check it out on consoles for now, in spite of several missed opportunities for obvious and meaningful upgrades.
A copy of this game was purchased by author for review purposes. Click here to know more about our Reviews Policy.