Genshin Impact borrows heavily from Breath of the Wild, but also adds its own ideas on top to deliver a surprisingly full-featured and engaging open world action-RPG.

There’s a reason why there is such a clear line demarcating free-to-play games and premium releases. The former often release with certain caveats- whether that’s small development budgets, not enough depth in content and mechanics, excessive microtransactions, or a combination of some or all of these. There are some exceptions, of course, where developers clearly put large amounts of time and resources into the continued development of their free-to-play games, including the likes of Fortnite, Call of Duty Warzone, Warframe, Rocket League, and soon, even Destiny 2.

Whether or not Genshin Impact will have the same widespread, well, impact as those games, it becomes immediately clear when you play the game that developers miHoYo have put extraordinary effort into crafting this game and its world. It is full featured, beautiful, and mechanically deep. Many early comparisons have called Genshin Impact a Breath of the Wild clone, and the game certainly does evoke the 2017 masterpiece with its art style and world design heavily. But there’s so much more to it than that. Genshin Impact successfully carves out its own charming identity in more ways than one.

"It becomes immediately clear when you play Genshin Impact that developers miHoYo have put extraordinary effort into crafting this game and its world."

One of the most notable of these is the game’s beautiful world. Again, the visual aesthetic of the game is a lot like Breath of the Wild, and at a glance, you might think you’re looking at screenshots lifted straight from Nintendo’s game- but Genshin Impact is feels much busier. From vivid and colourful landscapes stretching out below you to large towns and cities that serve as dense;y packed hub locations, Genshin Impact’s world manages to feel like its own thing, and it’s beautiful to look at. Exploring the world is a ton of fun as well, whether that’s to discover secrets in the open world itself or seek out NPCs and collectibles- or just find that next beautiful vista. Oh, and the music is amazing.

Genshin Impact also has a rather driven narrative focus. You play as a being from a far away land. Stranded in a place far from home, you’re looking for your younger sister, who was lost when the two of you were fighting a powerful entity months ago. As you begin exploring the world, it doesn’t take long for you to find yourself in a city being attacked by a dragon, and things continue to escalate from there. Throughout your journey, you meet new characters as well, each with defined (and often a bit too tropey) personalities.

The narrative setup isn’t special, and the story told here probably won’t be winning any awards either, but it’s always in the forefront, and interesting enough to keep you engaged. Some of the characters end up feeling like flat collections of tropes, so it’s hard to get attached to them. One character in particular, Paimon, acts as your guide and constant companion, and she just won’t shut up. She becomes annoying very, very quickly.

"From vivid and colourful landscapes stretching out below you to large towns and cities that serve as densely packed hub locations, Genshin Impact’s world manages to feel like its own thing, and it’s beautiful to look at."

What you’l be engaging with for the bulk of your time playing Genshin Impact though, beyond exploring the open world, is the multifaceted progression system. This is a full-fledged action-RPG, and there’s plenty going on to keep an eye on. Different characters have different attributes and specializations and weapons, there are elemental attacks and weakness to keep in mind, level up and gaining experience points to do, equipping and purchasing better weapons and artifacts to help boost your attack and other stats, upgrading those weapons and artifacts with items collected in the open world, and much more.

There’s almost too much to keep track of- it certainly feels that way, since it is all dumped on you right in the beginning, but once you spend a few minutes mucking about in the menus, it doesn’t take long to get into the groove of things. That said, it’s a shame that the UI is the cluttered and unintuitive mess that it is, because you’re going to be using your menus a lot in this game. Then there’s the combat, which isn’t anything special – enemies don’t often put up much of a challenge – but spamming the attack button, occasionally using elemental moves, and switching between characters and fighting styles come together to make for a combat system that’s mindlessly satisfying.

Of course, as I’ve mentioned, Genshin Impact owes a lot to Breath of the Wild, and nowhere is that more apparent than in its traversal and exploration loop. The climbing and wind-gliding mechanics have been lifted right out of BotW, you activate pillars to uncover sections of the map, enemy design is very reminiscent of it, there’s a stamina meter to manage, collecting loot and resources is a crucial part of the experiences, you gather ingredients and combine them to cook different dishes. What’s good is that those similarities don’t even feel overbearing, because Genshin Impact implements them very well. The climbing and gliding loop of traversal, for instance, is as fun as it should be. 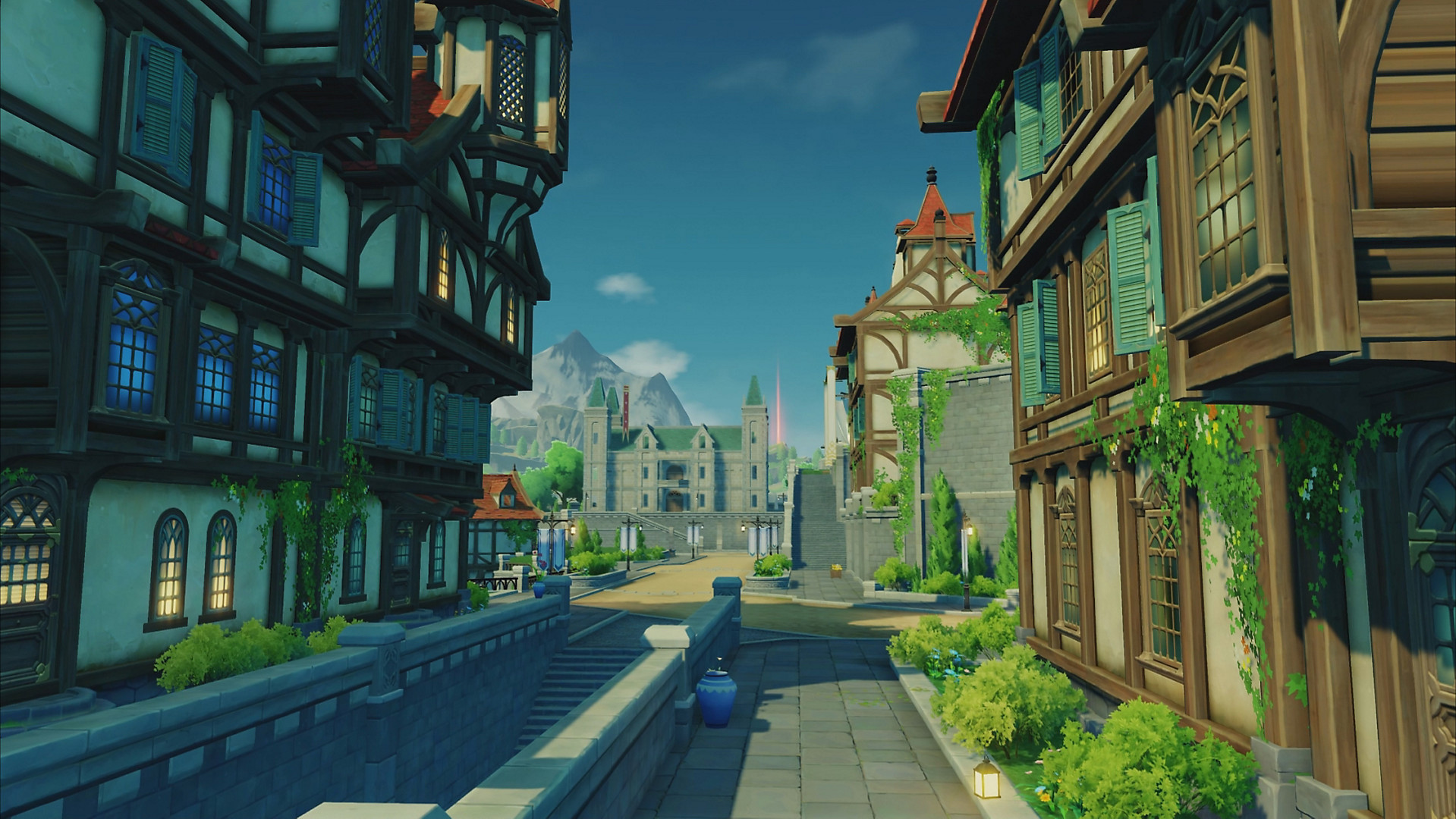 "Genshin Impact owes a lot to Breath of the Wild, and nowhere is that more apparent than in its traversal and exploration loop."

There are some technical issues here and there that I feel like I should mention. The frame rate drops every now and then, usually when you’re in combat, and the gameplay can occasionally end up feeling choppy and unresponsive as a result, even if it’s still manageable. There’s texture pop in as well, not just for things such as draw distances, but often also in cutscenes. Meanwhile, Genshin Impact’s world is also not a seamless open world environment, which means several areas and sections are preceded by load times that can often be quite long.

Of course, I also have to talk about the gacha mechanics in the game. Genshin Impact is a free-to-play title, after all, and it goes without saying that free-to-play games are more heavily monetized. Genshin Impact employs a gacha system that encourages players into spending more money to unlock new characters, weapons, and the like, and the progression is very clearly balanced in a way that your chances of unlocking the best of these things organically through gameplay will always be very slim.

On paper, it’s a typical gacha system- though I have to say, that I’ve never felt like the game is pushing me to interact with the gacha mechanics in any way. Making progress and exploring and enjoying the world to its fullest can be done perfectly well even if you completely ignore the monetization- that’s certainly what I’ve done, and I haven’t felt like the game is punishing me for that. 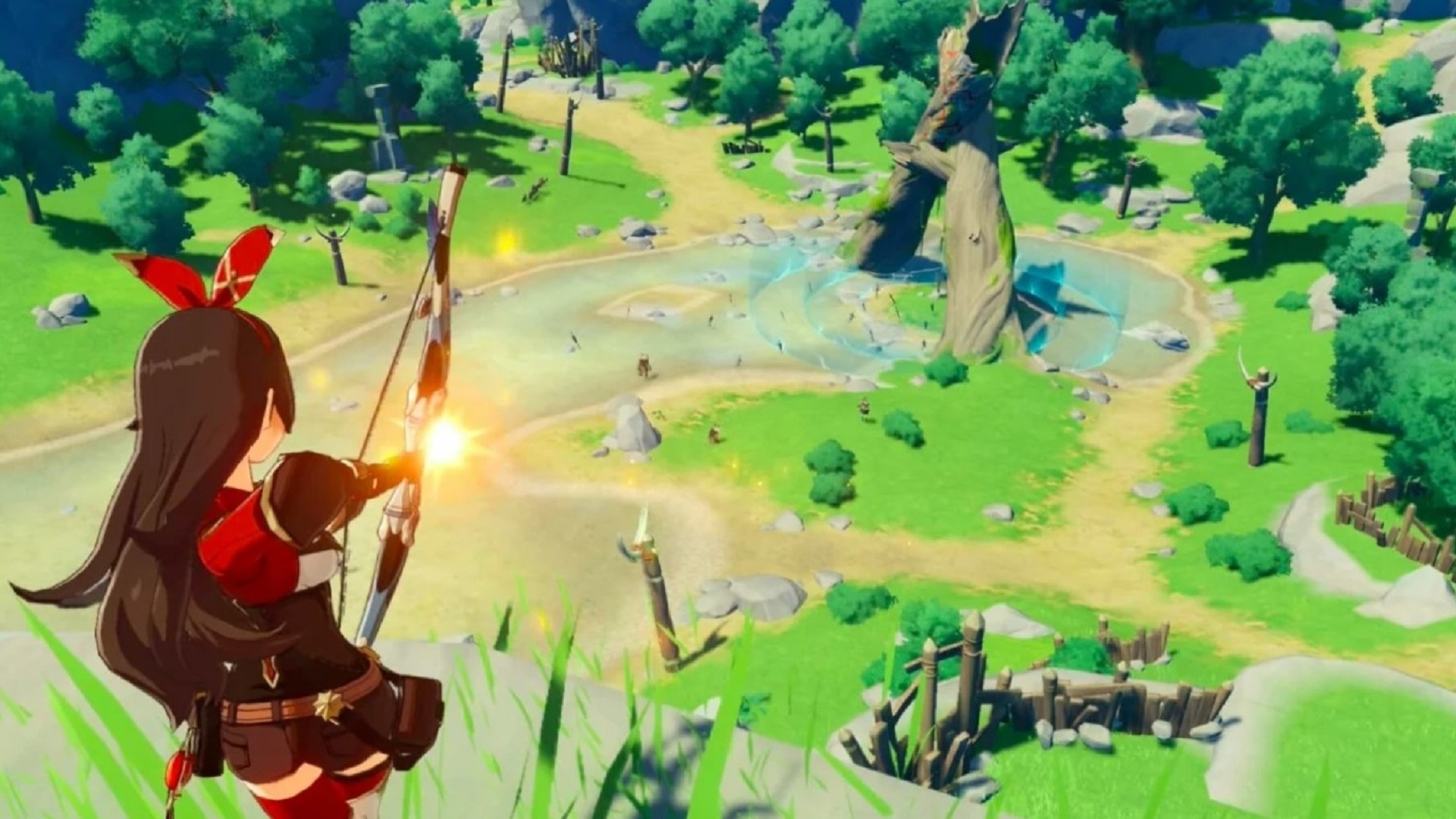 "On paper, Genshin Impact employs a pretty typical gacha system- though I have to say that I’ve never felt like the game is pushing me to interact with the gacha mechanics in any way."

It’s frankly surprising that Genshin Impact is a free-to-play game. It is so large, so dense, and has enough mechanical depth to keep you meaningfull engaged. Its world is beautiful and a joy to explore, and the game looks absolutely gorgeous. There are some issues that hold the game back to some degree, such as forgettable characters, some technical issues, and combat that can sometimes feel somewhat one-note, but by and large, Genshin Impact is a game I can easily recommend. It’s free- it would have been worth your time anyway, but given that, it’s even harder to miss.

Beautiful visuals; A vivid world that's a joy to explore; Borrows heavily from Breath of the Wild, but implements those mechanics well; Mechanically dense; Gacha monetization never compels you to spend money.

Final Verdict:
GREAT
Genshin Impact is a game I can easily recommend. It would have been worth your time anyway, but given that it's free, it's even harder to miss.
A copy of this game was provided by Developer/Publisher/Distributor/PR Agency for review purposes. Click here to know more about our Reviews Policy.