The new 4-star Electro wielder sacrifices part of her HP to create AoE fields that damage nearby enemies and heal active characters.

The Deputy Leader of the Arataki Gang is a 4-star character who uses a sword and Electro abilities. Her banner goes live on June 21st.

The 5-star bow-wielding Hydro user has a repertoire of highly damaging attacks based on her maximum health. Her banner is currently live.

New weapons, two new characters in Yelan and Kuki Shinobu, a new Archon Quest, and a new event in The Chasm among other content await.

The 5-star Hydro wielder and bow user is one of two new characters coming in the Version 2.7. She's also part of the new Archon Quest. 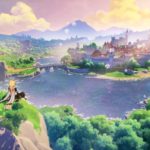 Genshin Impact's Nintendo Switch version as barely even been mentioned since it was first announced, but miHoYo says it's still coming.

The free-to-play action RPG has averaged $1 billion in revenue every six months. China is its top revenue source with $973.3 million till date. 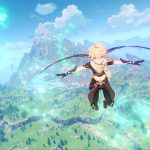 The delay is reportedly due to "project progress." A new date, along with compensation, will be conveyed "as soon as possible."

Ayaka reminisces on the past and the moment where she became known as the Shirasagi Himegimi ahead of the Irodori Festival.

Update 2.6 made the ability target the nearest enemy, completely nullifying Yae Miko's C2 passive, but miHoYo will be reverting the same.

The Head of the Kamisato Clan has arrived in today's new update. As a five star character, he uses Hydro skills and quick sword strikes.

The Head of the Kamisato Clan gets a chance to show off his skills against would-be assassins ahead of Version 2.6's release.

A new Archon Quest and the Magnificent Irodori Festival are also coming with the chance to earn 4-star character Xingqiu.

Titled "Zephyr of the Violet Garden", the new update may add Kamisato Ayato as a playable character along with other new features.

New weapons and a weekly boss challenge against “Magatsu Mitake Narukami no Mikoto” are also live with a new event starting tomorrow.

miHoYo has released a new teaser trailer for upcoming character Yae Miko, planned to come to Genshin Impact this month.

New story quests for Yae Miko and the Raiden Shogun along with Event Wishes for both characters and Sangonomiya Kokomi are also coming.