Well Boys! We all know and love the Dead or Alive Girls. They all look beautiful and sexy. But there is a good offer for you guys. You know Kasumi, don’t you? Even though she physically doesn’t exist but there is a huge male following just for the fact that she is the most like able character in the entire Dead or Alive series. So here is the good news, you guys can get your hands on Kasumi’s sexy figure. Now hold on their buddy…And before you feel weak in your knees and start dancing up and down, read the article below. 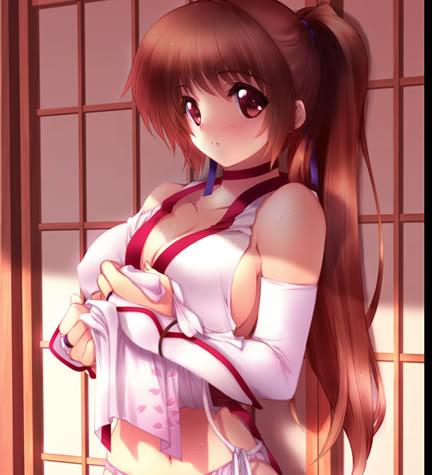 Well we are sorry to tell you that Tecmo isn’t exactly planning to hire a Kasumi look alike or a contest where you can win her and go for a date. The figure in question is the barely-wrapped swag for the next game in Dead or Alive series: Paradise. The game will be available for ¥ 5,229 (US$ 58) and if that’s not enough there is another special Kasumi Box consisting of secret photos and a soundtrack for ¥ 7,329 (about US$ 80).