Ghost Recon for the PSP and Wii 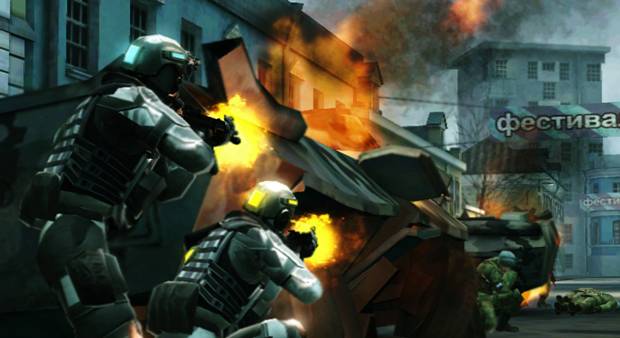 Deep in the jungles of Sri Lanka, the Ghosts have 72 hours to prepare the way for a U.S. invasion force. As open conflict with Pakistan looms, the Ghosts uncover proof that they’ve been targeting the wrong enemy. Now they must act before falsified intelligence lures America into an unpredictable and devastating war. Game features include:

After being inserted in Moscow and separated from the rest of their team, Ghost soldiers Hibbard and Booth must operate as a two-man team, relying on the intel of the local militia to fight their way to their target in a city infested with enemies. With the numbers clearly not in their favor, they will have to use their advanced weaponry and training to make sure the odds are. Game features include: