Ghost Recon Wildlands Teasing The Predator in Next Event

The inter-galactic hunter is apparently coming to battle the Ghosts on December 14th. 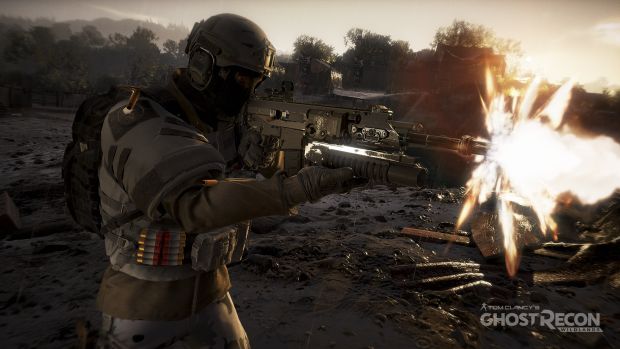 Ubisoft has offered a number of updates for Ghost Recon Wildlands, its huge open world tactical shooter which was surprisingly good for co-op gameplay. These include the difficult Tier 1 mode, a free PvP mode with numerous maps and classes and different events. One such event is coming up on December 14th and a new teaser trailer has been released to offer a taste of the action.

If you know anything about late 80s action films, you’ll recognize the numerous references to Predator, the alien hunter that came to Earth and battled Arnold Schwarzenegger. He would later return to face off against Danny Glover in the sequel. So why is it hunting down Cartel members and how can the Ghosts battle it?

Maybe it’s a random boss fight that appears every now and then? Maybe the Predator army is coming for a fight? We’ll find out when Ubisoft offers an exclusive look at 12 PM EST, December 13th.