Goat Simulator Now Available on Xbox One and Xbox 360

There’s nothing that a jet-packing goat wrecking havoc can’t cure. 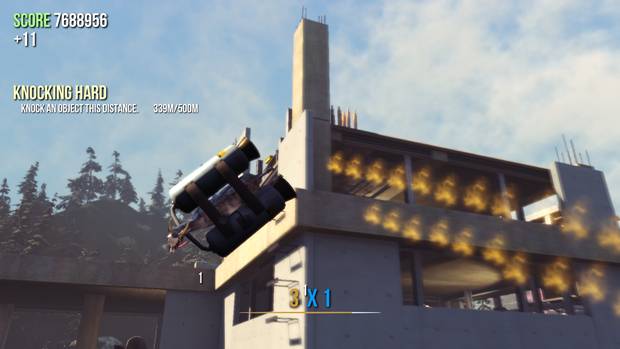 Coffee Stain Studios’ Goat Simulator is finally out on Xbox 360 and Xbox One, co-developed by Double Eleven (which has handled various ports like Limbo for PS Vita, PS4 and Xbox One).

You’ll find the Xbox One version’s page live with the Xbox 360 version to follow shortly after. For those living under a rock, Goat Simulator is a…well, it’s an exaggerated, halucinogenic, almost nightmarish version of what it would be like to play as a goat. This particular version will sport split-screen co-op and feature such nuanced gameplay features as jet-packs (can’t be controlled) and slow-mo (even less chance of being controlled).

If you don’t own an Xbox console, then cheer up – Goat Simulator is also available on iOS, Android, PC, Mac OS X and Linux. There is truly no escape from the goats, no matter where you go.

What are your thoughts on having Goat Simulator for Xbox One? Let us know in the comments.