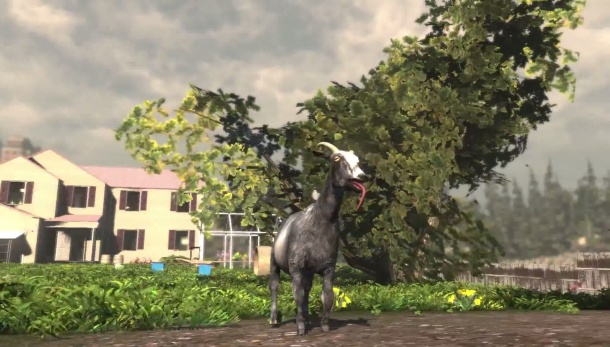 If you haven’t heard of Goat Simulator, then you’ve just been missing out. It’s (apparently) Coffee Stain Studios’ take on the life of a goat and allows players to see the world through a goat’s eyes. We’ll just let you try and get over the initial shock of the developer of Sanctum 1 & 2 working on a goat simulating game.

That being said, the developer has announced that the game will be releasing on April 1st via Steam. An obvious attempt for April Fool’s, right? But the studio is serious. When asked “bro are u srs”, Coffee Stain simply replied “Yes”. We remain skeptical.

Amazingly enough, there will apparently be Linux and Mac ports when the game “launches” but there won’t be any multiplayer mode. Its physics are apparently too resource-hungry to handle more than one goat on screen. Again, we’re not saying Goat Simulator won’t definitely release but heck, we’d be even more surprised if it did. Stay tuned for more details.