I mean, the game didn't change, so why would the reception? 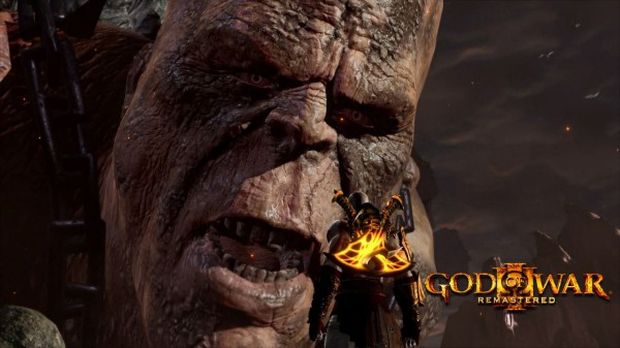 Because developing an actual, original new game for their console would give Sony the hives, they have gone ahead and done us the favor of releasing yet another remaster for their console- this time, it’s the third God of war game that is getting the remaster treatment (because it’s not like the God of War series got a whole bunch of remasters last generation anyway), and to their credit, it at least sounds like they have done it well.

IGN gave the game an 8.8/10, saying, “God of War III was an impressive feat for its day, and it still impresses today in God of War III Remastered. Its beautiful graphics are prettier than ever, and a higher frame rate adds more fluidity to the action. The story will be confusing to newcomers, as it picks up right in the middle of the saga, but the exciting combat and epic set pieces hold up exceptionally well.”

Gamespot gave the game an 8, and they sounded a little less impressed- “God of War III Remastered is simply another chance to admire a game that we admired five years ago. At a $40 retail price, however, it doesn’t make a strong enough argument for buying a game you’ve already bought, particularly when the lower-resolution pre-rendered cutscenes stand out all the more next to the in-game visuals.”

On the other hand, Game Informer gave it a 9, calling the game ‘fantastic,’ although they did note that “God of War III Remastered does nothing to entice old players to return; apart from photo mode, you won’t find any new options or tweaks to inject novelty into the adventure. You even need to beat the game before you can use the handful of included DLC costumes. God of War III is still a fantastic experience, and a significant beat in gaming history, but this remaster doesn’t build on its legacy.”

Currently, the remaster has a Metascore of 82 on Metacritic, which is almost 10 points lower than what the game originally scored when it released back in 2010, but still very good.

On the whole, I guess I question God of War 3 Remastered’s existence. Who was it made for? It doesn’t have enough for fans and players who finished it already to buy it again, and it obviously isn’t appealing to newcomers, because it is the third game in the series that is being remastered, without the benefit of the buildup of the first two titles.

If you’re one of those people this was made for, I guess, let us know in the comments.