2010 is easily shaping up to be one of the biggest and the best years in the video game industry. The quantity and quality of games which are due in 2010 is just amazing and God of War 3 is one of the most anticipated games of this generation. Even though it looks like Kratos will be chopping off every single game out there, Dante’s Inferno is one of the games that we at GamingBolt believe could potentially upset God of War’s empire. We decided to a screen shot comparison of the two games.

Note: Click on each image to see them in full screen. The first image is from God of War 3 and the second one is from Dante’s Inferno in each of the comparisons. 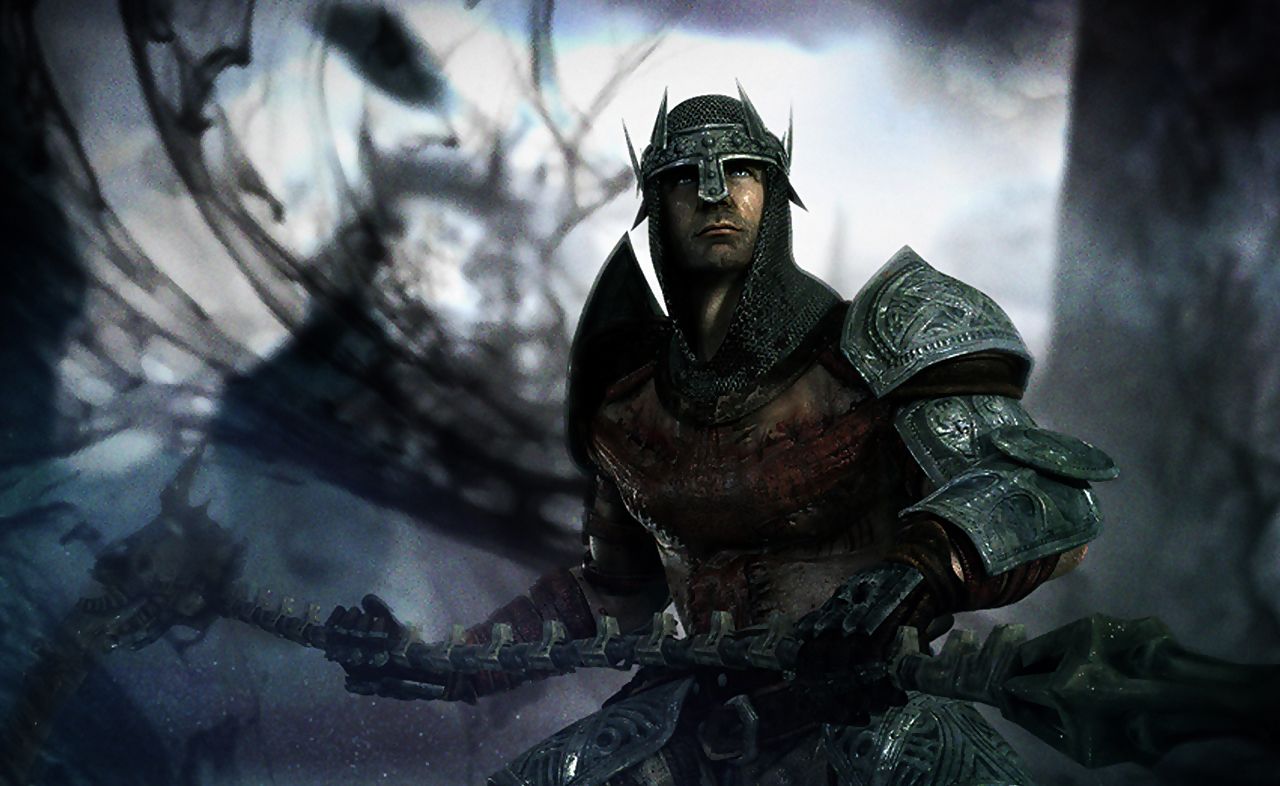 Here we compare the main protagonist from each of the games. Kratos without a doubt looks very well detailed. With his body ripped with muscles and the really angry look on his face it really does show that the developers have finally started to tap the potential in the PlayStation 3. Dante Alighieri on the other hand looks detailed as well. Especially his armor and his body covered in stitches does look very good considering this is a multiplatform game. However he lack the emotions displayed by Kratos, the character should feel alive whereas in this case, Kratos looks much more “alive” than Dante. 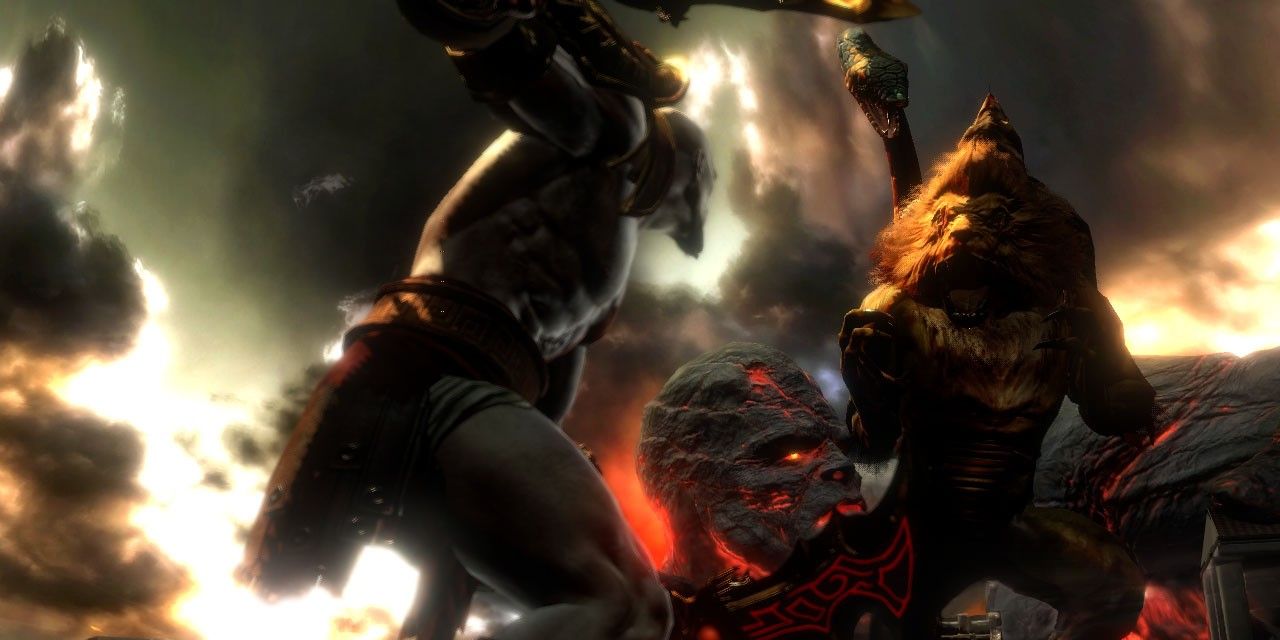 In this case we will consider the first of the many boss battles used for comparison in this feature. Here Kratos is seen in full action against the beast with Perses in the background. If you see the beast which is roaring it has immaculate details. The furand the eyes have been beautifully rendered, even the wrath of Perses is the background is very much visible. Dante on the other hand looks good. I can’t term it as a very good since the details on the boss lack big time as compared to the ones seen in God of War 3 screenshot. Kratos wins here hands down. 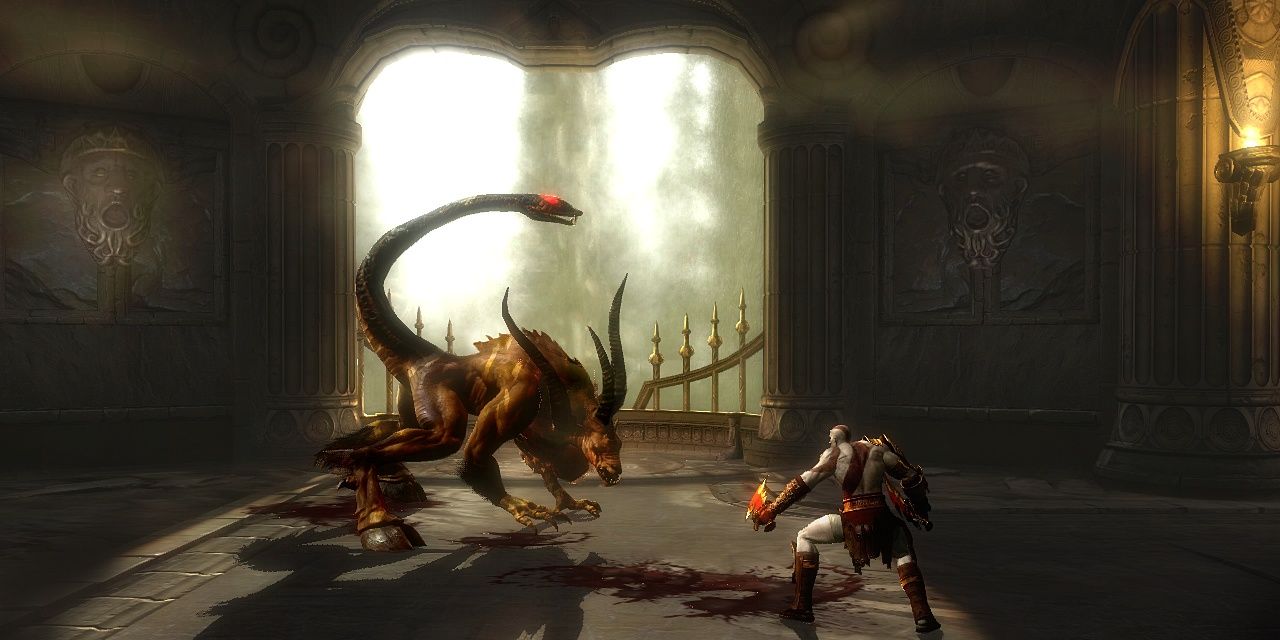 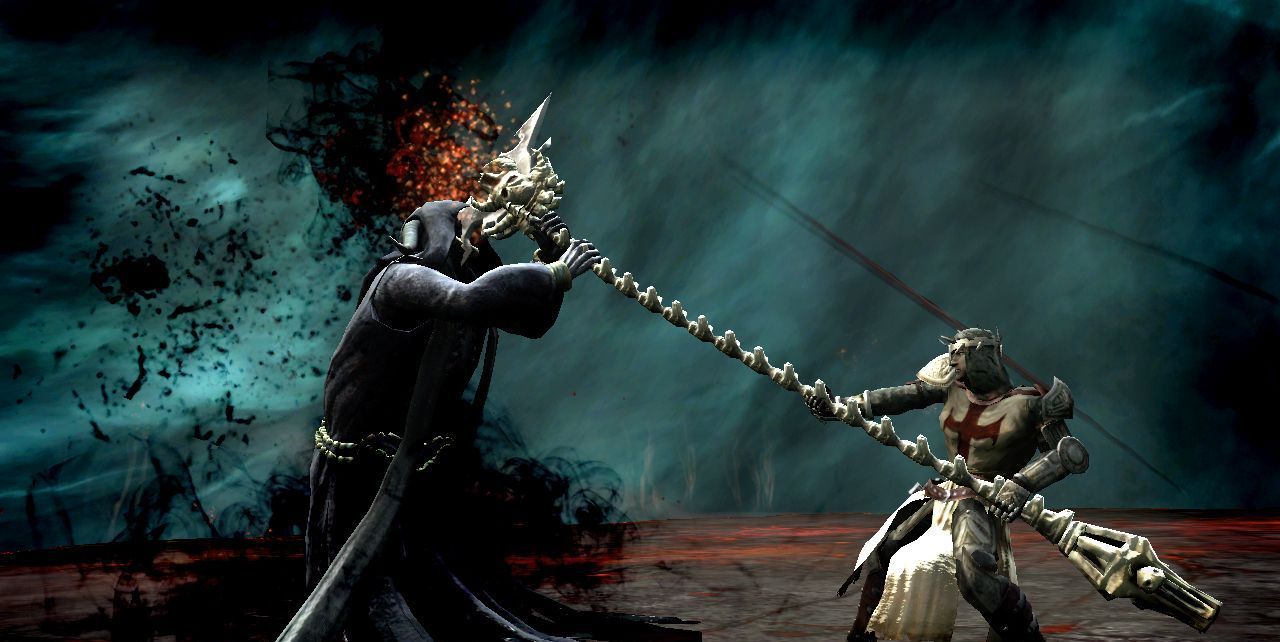 Here we consider a scenario where the two protagonists are fighting face to face with their enemies. To be honest this one if a bit tough to compare since details and also the amount of gore and blood that we can expect from such a scenario can be pretty much similar. Both guys are after one thing- thrashing the enemies to pieces. However with all due respect to God of War 3, we can say that using the weapons in Dantes Inferno could be a bit more fun since they have some really unique weapons in the design aspect. Tie here! 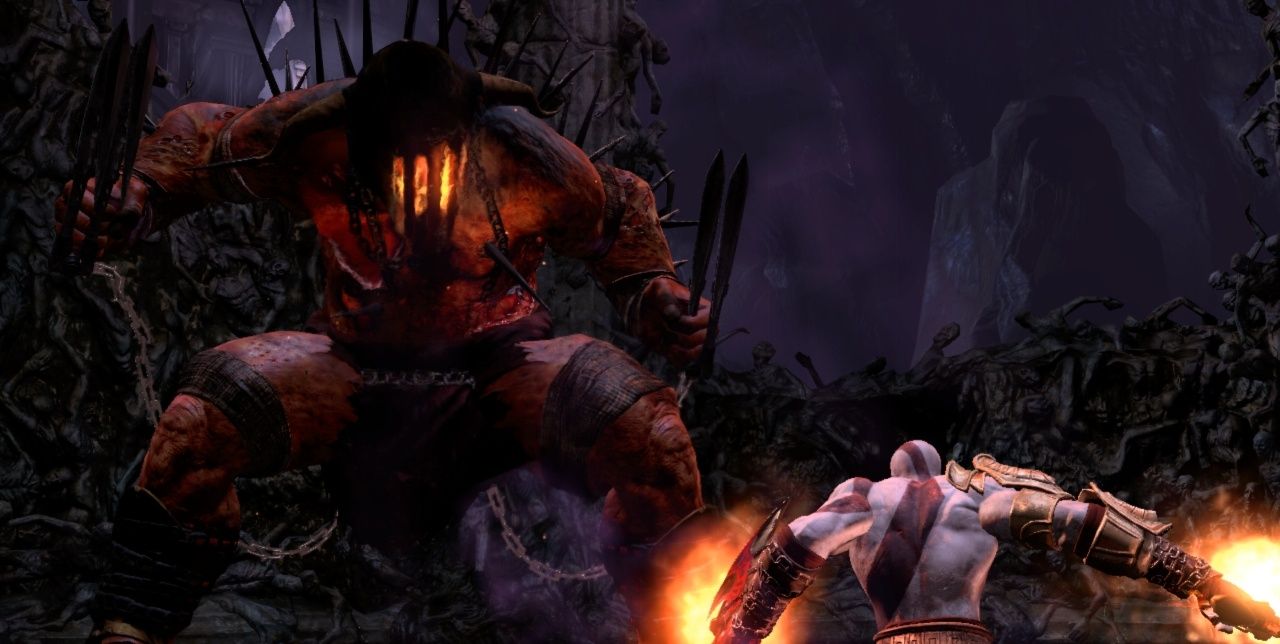 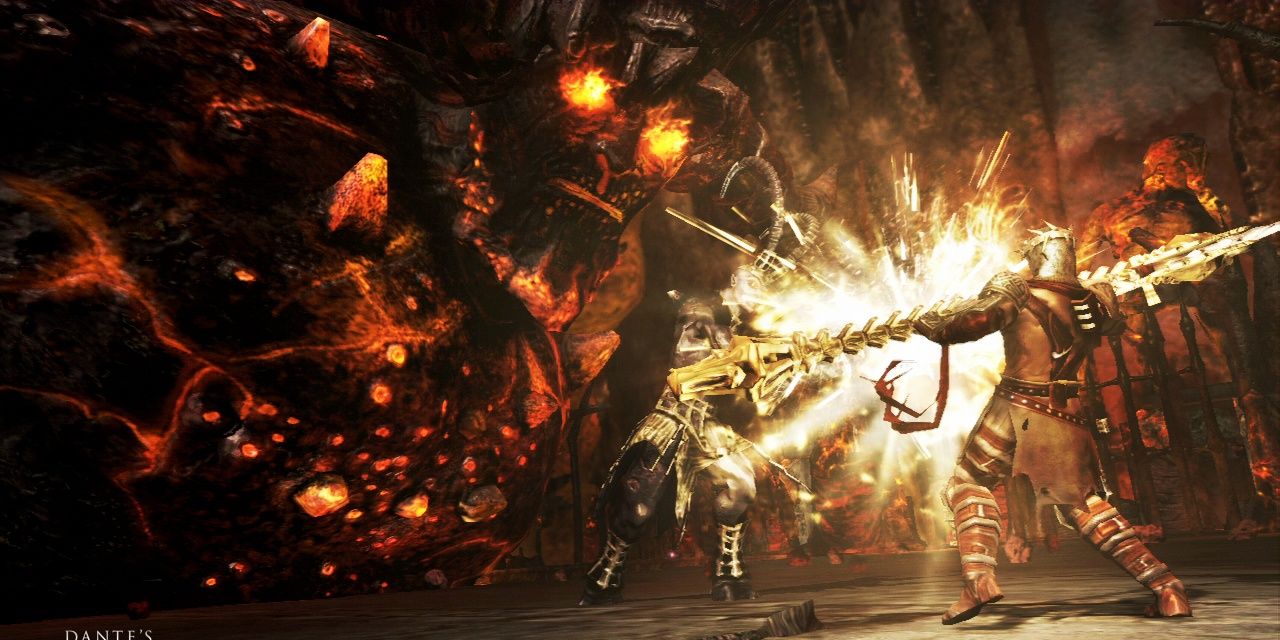 In this round we again compare both the games when there is a boss battle going on. Dante’s Inferno, surprisingly, looks a bit better in this one due to the lighting effects and a more intimidating boss in the background. God of War 3 though looking brilliant, pales a bit due to the somewhat low resolution boss. Dantes Inferno is the king here. 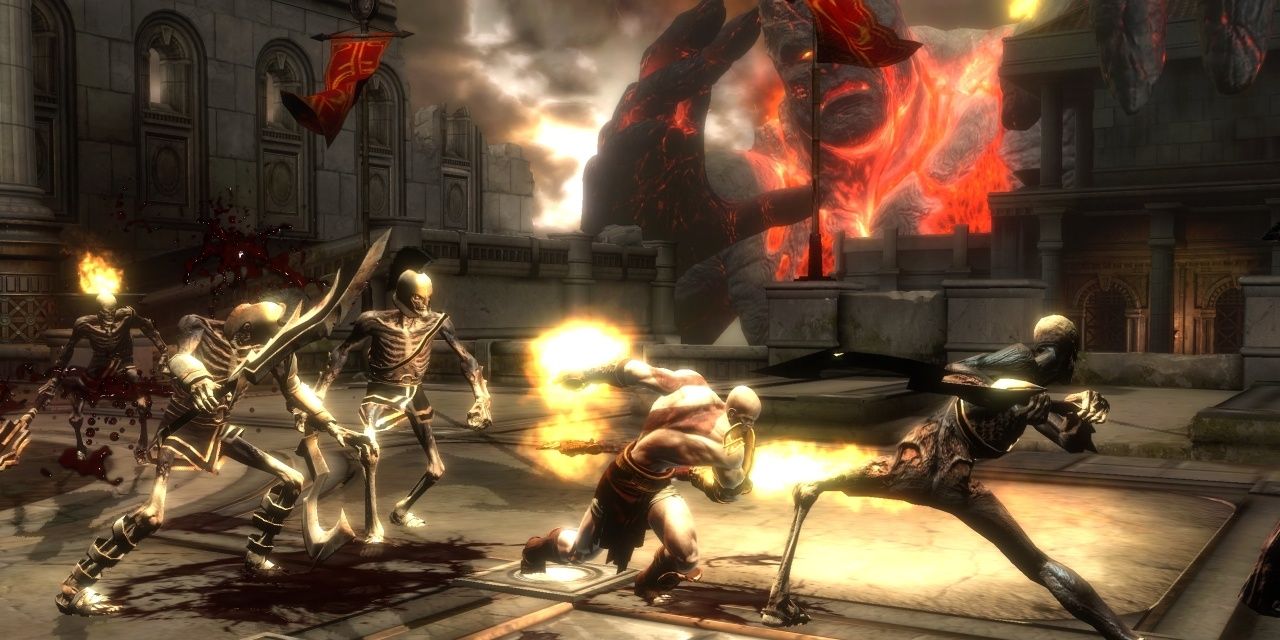 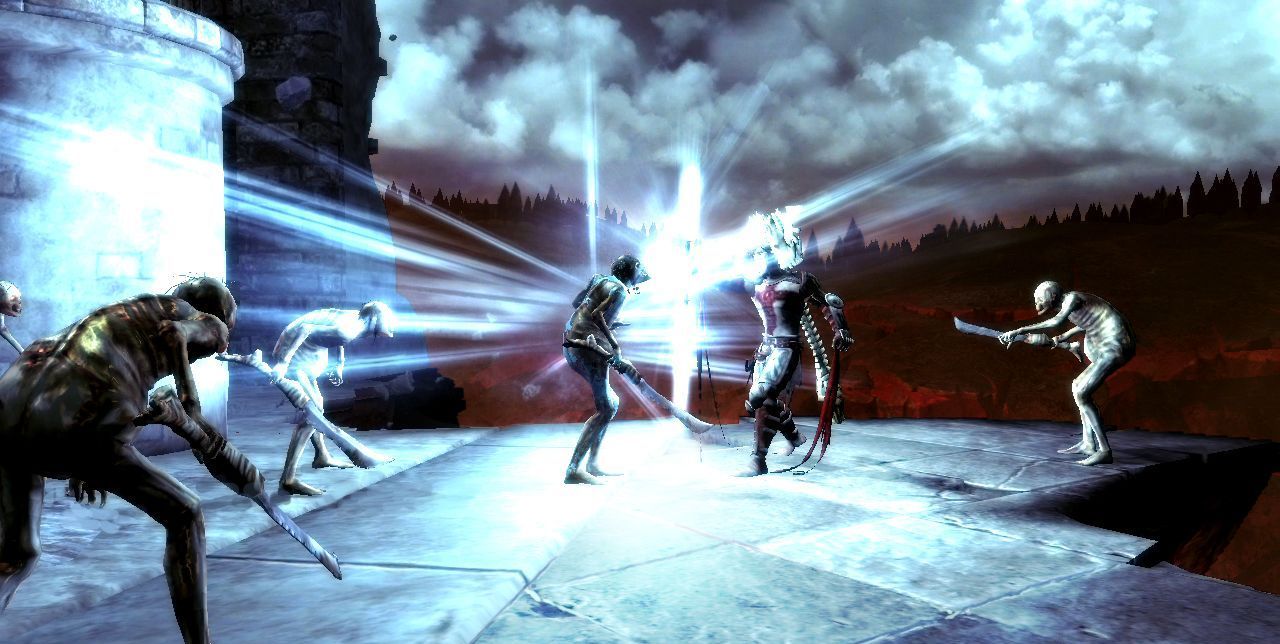 In this round we consider a scenario wherein the main protagonist is in fight with multiple enemies. God of War 3 looks amazing here and truly shines due to the power of the cell processor and the engine which is used to generate the lightening. If you see the enemies closely you will see that their ligaments are stretching just like it would in real life. Hell! Even the weapons look detailed. Dante’s Inferno on the other hand is a bit disappointing. The irregular edges and the aliasing effect really take a toll on the visuals. The amazing motion capture that made the enemies in God of War 3 look so real is missing. There is only one winner here.

All in all both games are looking absolutely slick and sharp. With a few weeks to go before the games release we hope that these issues won’t be present in the final retail version. But overall, the winner here is God of War 3 and it was not surprising.