Be a dick and kill your father... spoilers, I guess. 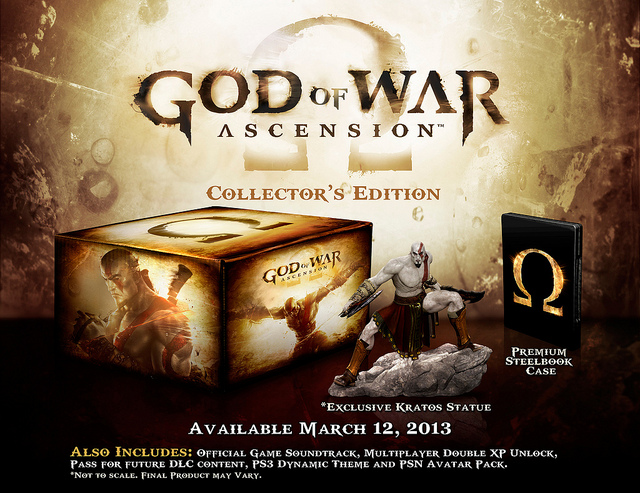 Sony has announced the Collector’s Edition for the upcoming God of War: Ascension. And it- is- good. But it’s God of War, what else do you expect?

There will be three editions of the game, which are all very innovatively named- the Standard Edition, the Collector’s Edition and the Special Edition.

The Special Edition will include the following and 8 inch Kratos statue, a steelbook case, a pass for future DLC, the Mythological Heroes Multiplayer Pack, the official game soundtrack in its digital form, a PS3 dynamic theme and PSN avatar and and a double XP bonus for the multiplayer (yes, we’re still shocked God of War has a multiplayer mode).

Collector’s Edition and Standard Edition pre-orderers will get the Mythological Heroes Multiplayer Pack, which will include several multiplayer characters including Perseus, Orion, Achilles, and Odysseus.

More info will be revealed by Sony on October 15th.

God of War: Ascension releases in March next year for the PS3. Stay tuned.