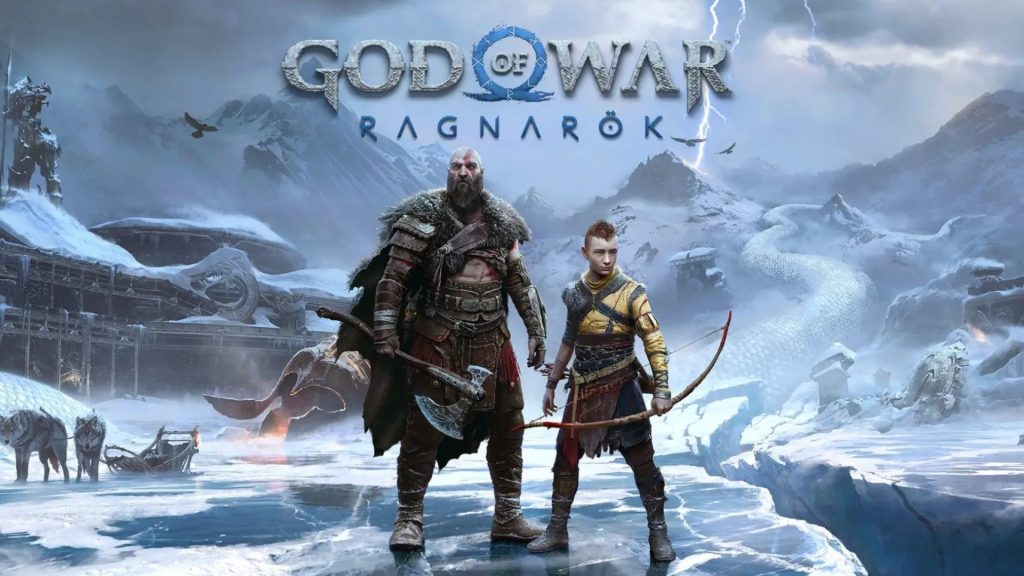 For starters, there’s the standard edition, of course, or Launch Edition, as Sony is calling it. That will include the base game itself, and if you pre-order it, you’ll also get two in-game cosmetics with the Risen Snow Armour for Kratos and the Risen Snow Tunic for Atreus. If you get the game on PS4, you can upgrade it to PS5 for $10.

Then there’s the Collector’s Edition, which will come with plenty of goodies. There’s a 16″ replica of Thor’s hammer Mjolnir, 2″ Vanir twin carvings, a Dwarven dice set, and a steelbook display case with a download code for the game itself. All of this will come inside of a box representing the Knowledge Keeper’s Shrine.

Finally, there’s the Jotnar Edition. In addition to everything included in the Collector’s Edition and the Digital Deluxe Edition, the Jotnar Edition will also come with a 7-Inch Vinyl Record with music by the game’s composer Bear McCreary, The Falcon, Bear, and Wolf Pin Set, an Yggdrasil cloth map, the Legendary Draupnir Ring, and Brok’s dice set replacing the aforementioned Dwarven dice set.

Sony has also released un unboxing video showcasing the contents of the Collector’s and Jotnar Editions. Check it out below. 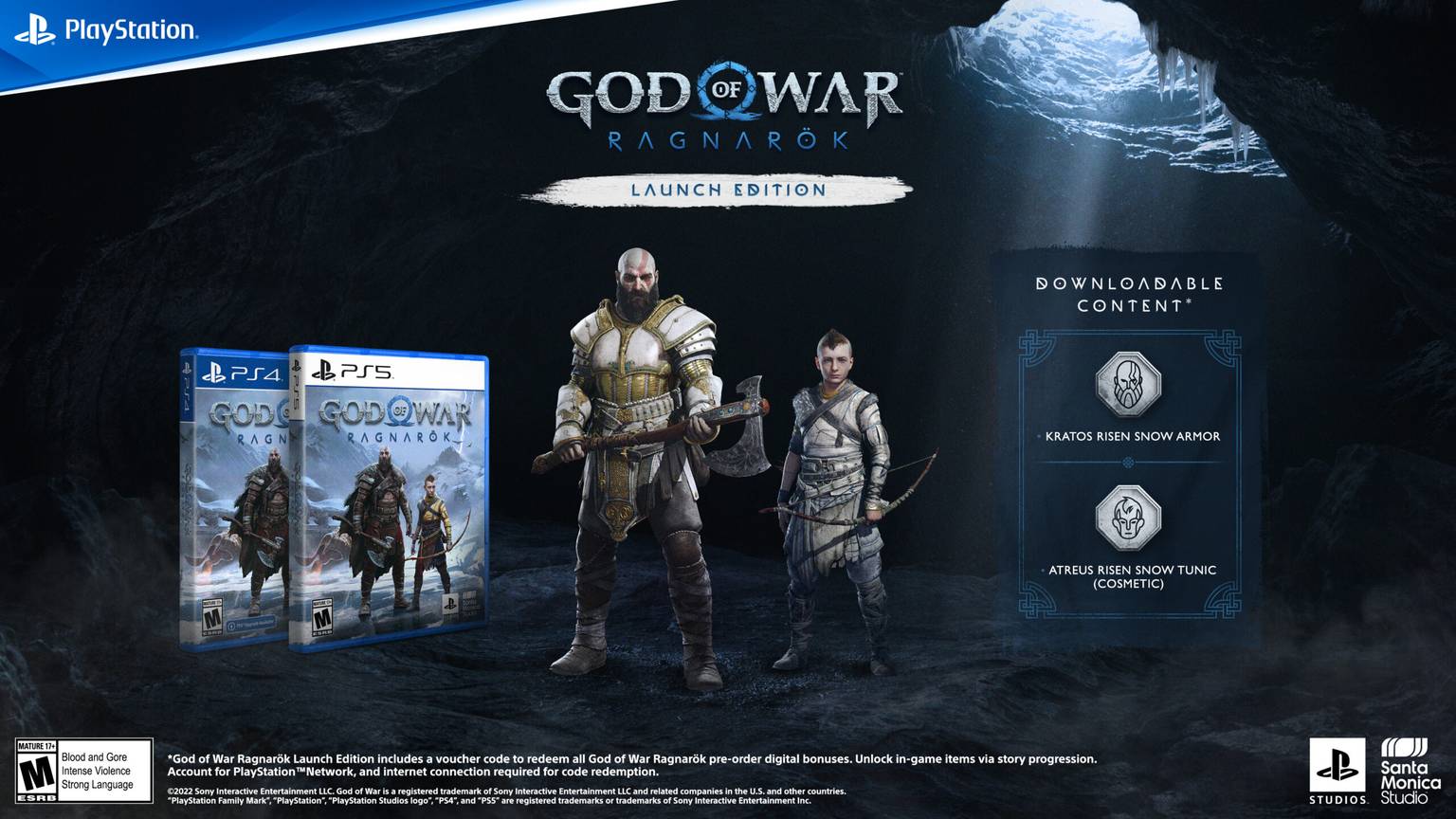 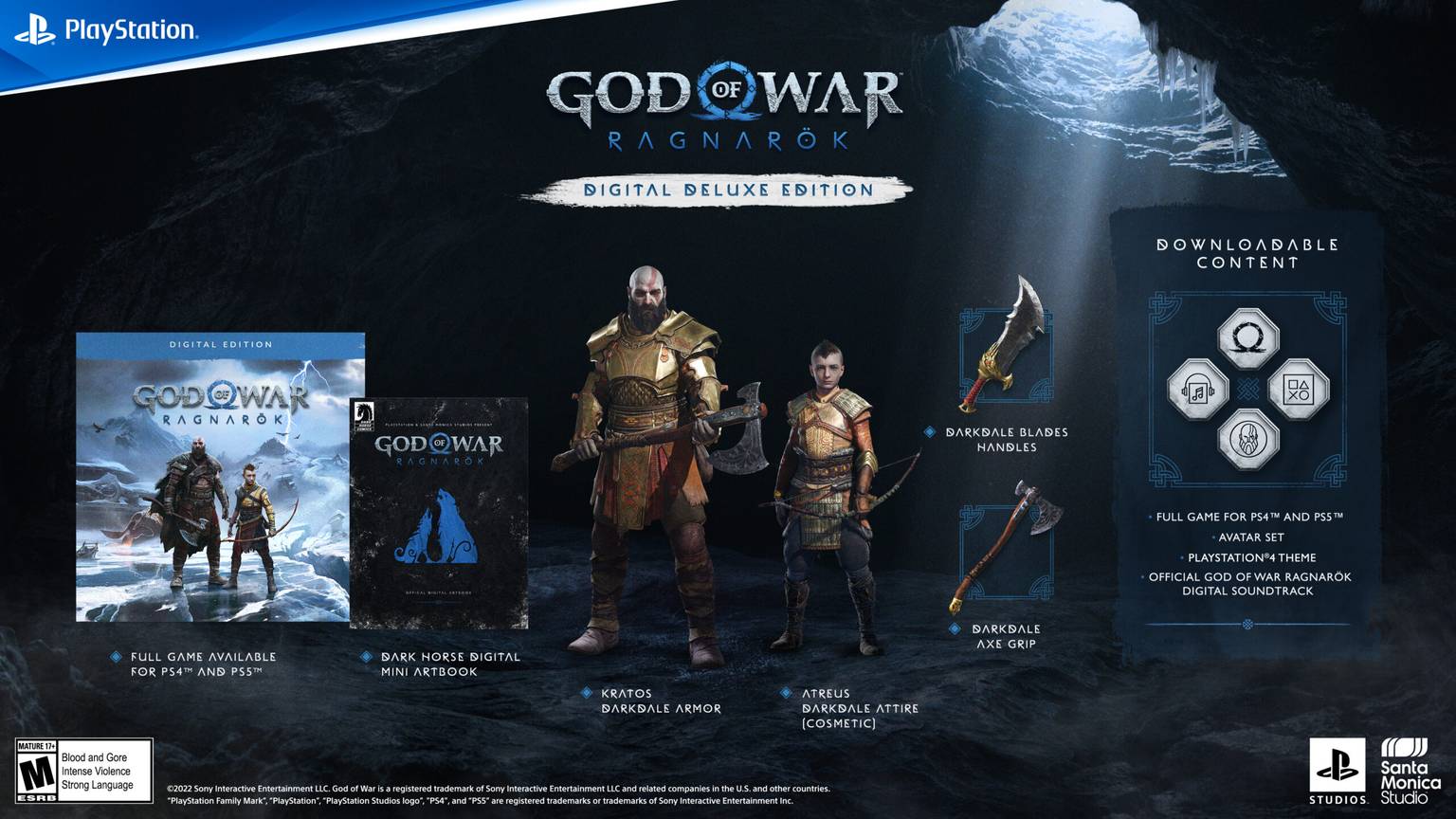 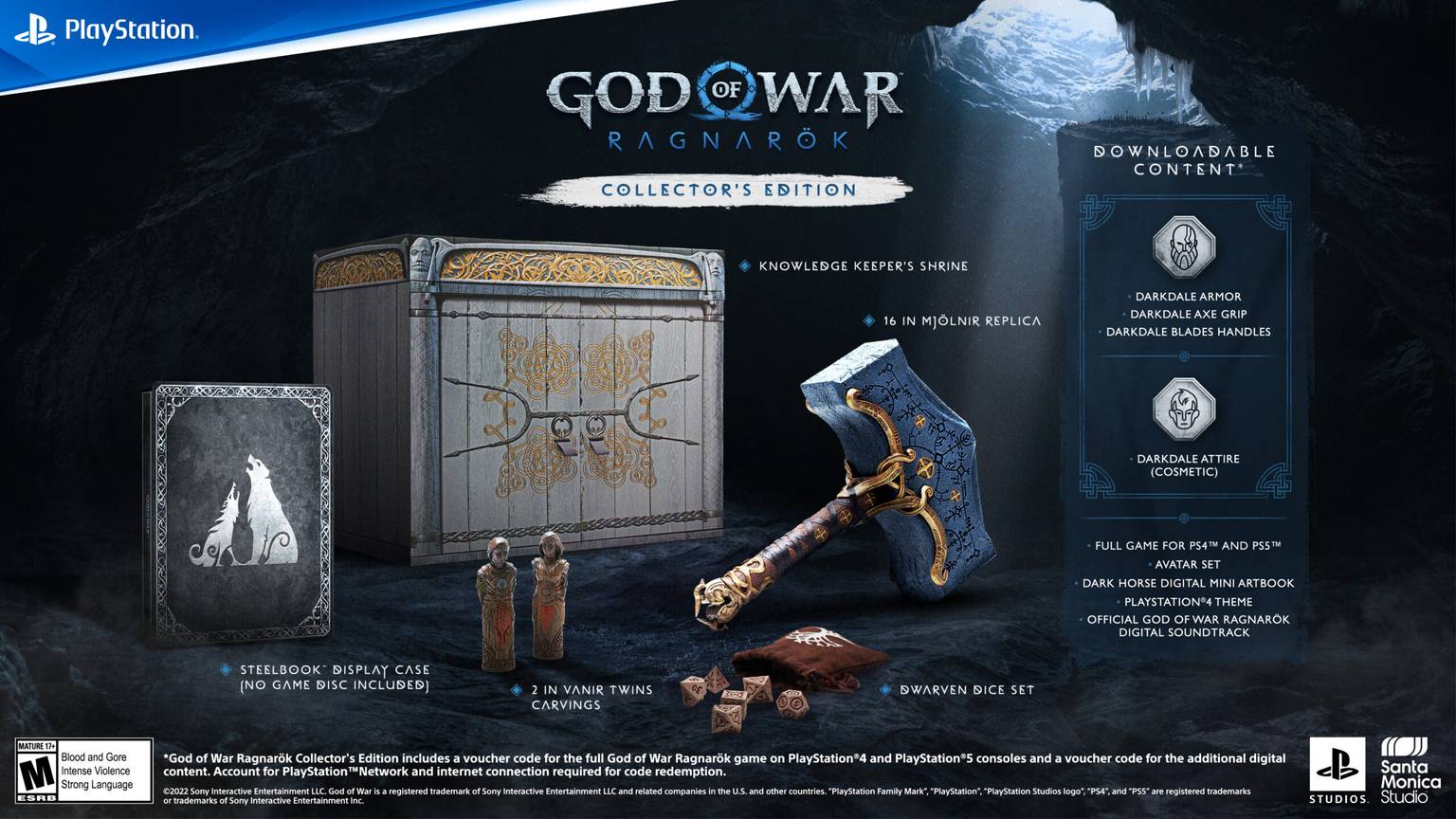 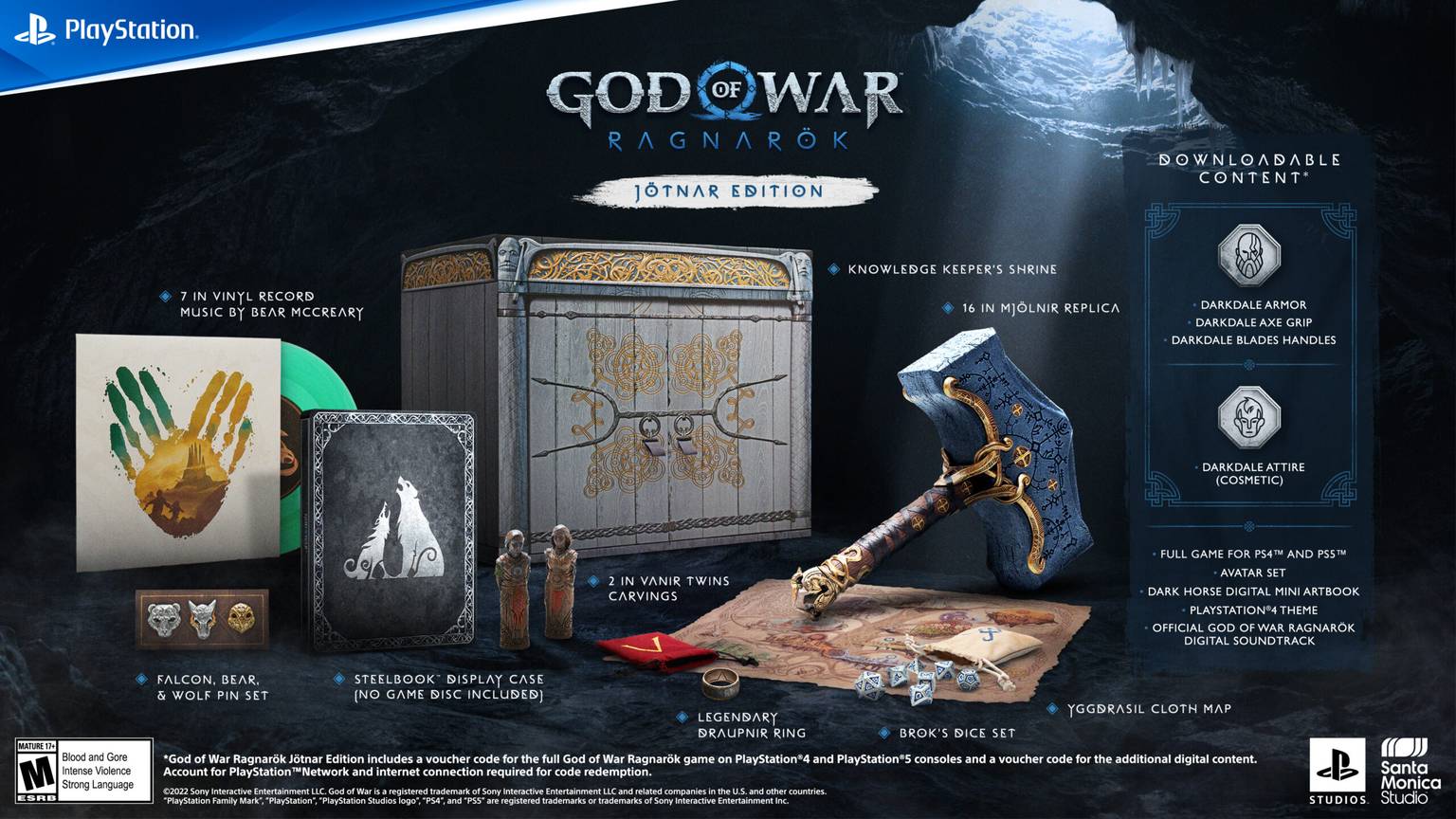